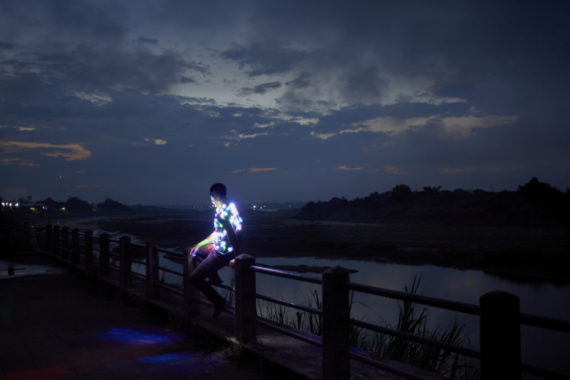 The shortlist for Artes Mundi 8, the UK’s biggest international contemporary art prize, has been announced, with five artists up for the £40,000 award.

The selection was made from over 450 artist nominations from 86 countries. An exhibition of the shortlisted artists’ work will take place in Cardiff next October and the winner of the biennial award will be announced on 24 January 2019. 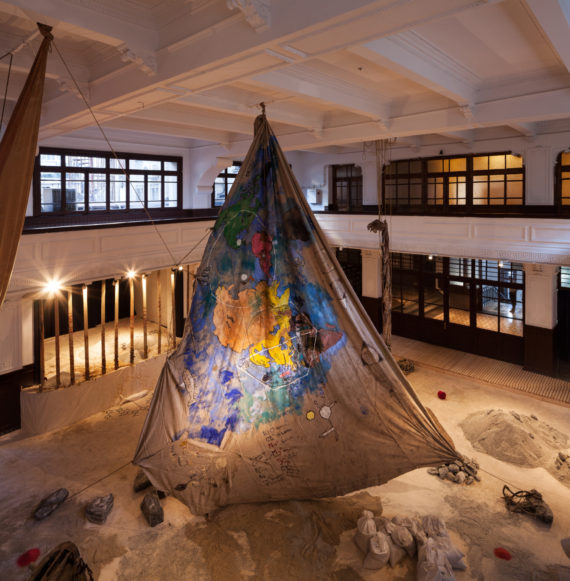 Anna Boghiguian’s drawings have been known to stir political debate and controversy, especially in her native Egypt. Her installation, The Salt Traders (above) was featured in the 2015 Istanbul Biennial. 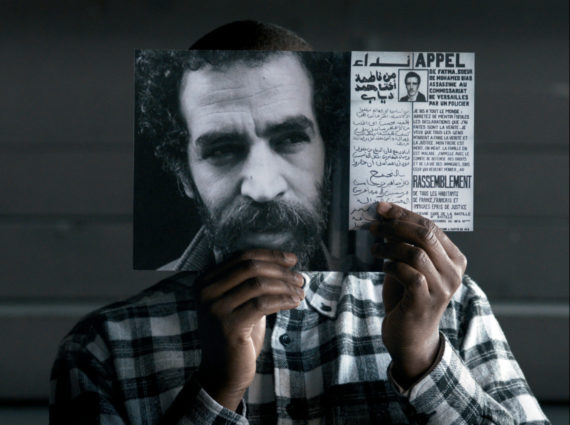 Bouchra Khalili’s video work offers a platform to members of political minorities to elaborate, narrate, and share strategies and discourses of resistance. 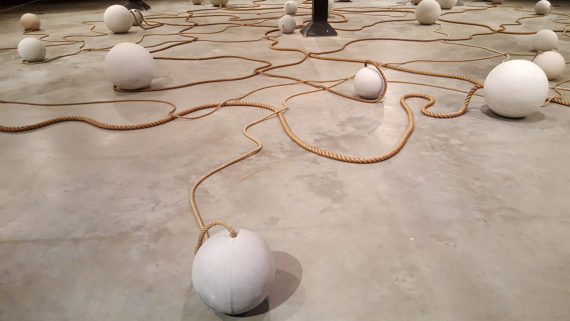 Otobong Nkanga’s work explores the social and topographical changes of her environment, exploring how resources such as soil and earth, and their potential values, are subject to regional and cultural analysis. 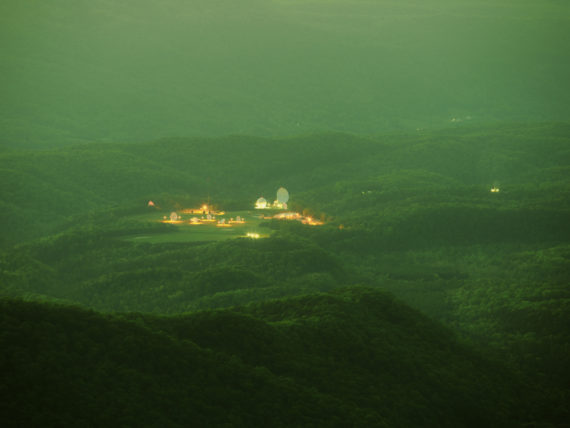 Trevor Paglen launched an artwork into distant orbit around Earth in collaboration with Creative Time and MIT in 2012. His ongoing project investigates global state surveillance and the ethics of drone warfare.

Karen MacKinnon, Artes Mundi’s director and curator, said of the shortlist: “Artes Mundi’s unique focus on the human condition enables us to bring together artists from all over the world whose art can inspire and challenge the way we see and inhabit our world.

“Through their diverse practices they consider urgent themes… The ebb and flow of their ideas, the different perspectives and terms of engagement, suggest we are in for an extraordinary Artes Mundi 8.”

The Artes Mundi 8 selectors were: Nick Aikens, curator at the Van Abbemuseum, Eindhoven; Daniela Pérez, independent curator based in Mexico City; and Alia Swastika, a Jakarta-based curator and writer.

The last edition of the prize was won by John Akomfrah CBE for his film Auto Da Fé plus a body of work dealing with issues of migration, racism and religious persecution.

Following his win, Akomfrah said: “Over the years, Artes Mundi has chosen some very brilliant artists for this award. All were important artists doing challenging and engaged work, and to join that group is a huge honour and responsibility.”