Artists and Brexit: "The response of the art world continues to be a monotonous one" - a-n The Artists Information Company 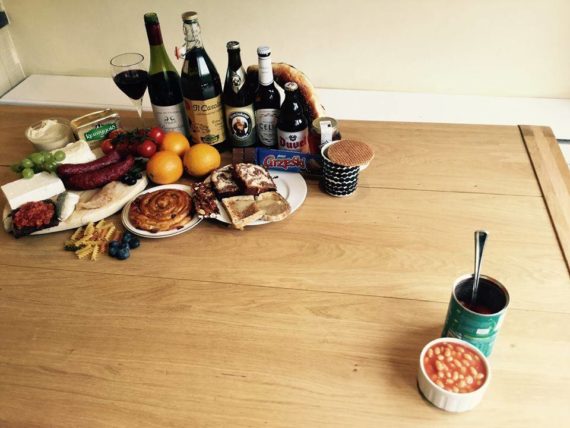 The planet is on the move – the unrest in the Middle East that peaked in 2015 created an urgency to which the world continues to respond. Taking a leaf from the fallout of Germany’s intake of more than one million refugees, Britain and the US responded with Brexit and Trumpism.

Yet now another humanitarian crisis looms – the insurgency of Boko Haram in northern Nigeria has left 10 million in need of aid and more than two million displaced. According to UNHCR figures, Nigerians fleeing the region presently account for more than 10% of Mediterranean crossings into Europe.

The polarity of discourse into #RefugeesWelcome and an aggressive anti-Muslim tirade has produced an arena in which art and cultural production should thrive by operating across the gap in the narrative, but does it?

As 96% of arts professionals favoured Remain, the response of the art world to Brexit and Trump continues to be a monotonous one, and so too is the conflation of Brexiteers and Trump supporters. Yet the two are not the same thing: Brexit is a demand for accountability and self-government, while the Trump phenomena alludes to other undercurrent issues, some rightly characterised as xenophobic.

In 2016, it became evident that the majority of the electorate were not enamoured with globalisation, but artists have expressed shock, betrayal, helplessness and creative blockage. This has culminated in protests where artists have disowned work sold to the Trumps and an art strike by leading galleries which largely went unnoticed by those outside the art world ecosphere.

There is little in the way of artists’ output that relays the discontent that had been bubbling under the surface for a long time – specifically large-scale immigration in unsustainable numbers. Many would concede that immigration is vital to the economy but must be paced and manageable. The clampdown on debate, not only on immigration but interrelated issues, has come to define the dominant cultural combats of our time. However, it would seem that artists have unequivocally aligned with one segment of the populace.

A number of artists have refused to toe the line, most notably Grayson Perry, who described voting for Brexit and Trump as “a big fuck you to us lot”. He added: “For me as an artist, I love it when something comes along and makes me think ‘Wow that’s a bit shocking’… We can’t keep on peddling our same old comfortable ideas and preach to the already converted. No, let’s go out there and genuinely engage with the majority of the population.”

Still, Perry’s work on Brexit, What Britain Wants, reinforces the notion that no reasonable person can be a Brexiteer, as the artist seeks to put a ‘human face’ on voters. Nearly a year after the referendum, the conversation should have moved far beyond that, both in creative output and strategically: lobbying for the creative sector to access alternative funding streams and arguing for visa schemes specific to the industry’s needs, for example.

With more people employed in the creative and tech sector than finance, there is an urgent need to present a cohesive and compelling case, hence the move by Invoke Democracy Now and others to facilitate the process. But this will be challenging if the majority regard the negotiations as making the best of a bad situation, or worse, harbour a desire for the Leave project to fail by demoralising it.

In Guardian art critic Jonathan Jones’s post-Brexit art world, “Everything will become smaller, narrower and uglier in a prejudiced future forged in the name of independence”. Yet Britain’s position as a world leader in cultural production has been longstanding and predates the EU project. It is the post-referendum trend that has sought to rewrite the EU’s economic project as a principally peace building one.

For too long, nationhood and border controls have been posited as the preoccupation of the far right. But as David Frum, senior editor at The Atlantic, wrote in the wake of Trump’s immigration ban: “When liberals insist that only fascists will defend borders, then voters will hire fascists to do the job liberals won’t do.”

As artists, we are often engaged with concerns beyond the local in solidarity with the Other, but to attempt to transmit the theoretical borderless world into policy is to undermine our democracy and rights. Without borders, there would be no citizenship, no democracy and no rights, as to productively engage in social, economic and political life calls on citizenship.

In order to be truly global citizens, first we must value our democracy and through participation in the battle of ideas campaign for better policy on migration, the environment and conflict. Like those who permanently adopt the position of the politically homeless, the political citizen-of-the-world’s only recourse is self-exile and a future of uncertainty.

Brexit will halt the prioritisation of movement from the EU over other parts of the world, enabling Britain to open up to output from faster growth economies in Asia, Africa and Latin-America, a move which can monumentally change the climate of the arts in Britain. Brexit will also have a host of other ramifications, both good and bad, but it is art that has the power to capture and convey it to the world.

Perhaps the angst of Brexit will fuel a new wave of ground breaking art from left, right and centre – as artists, instinctively imaginative, entrepreneurial and subversive, find ways to thrive in post-Brexit Britain.

Sarah Peace (aka Eca Eps) is participating in the panel discussion, Democracy and the Arts in Europe: Artists in a Global World, organised by Invoke Democracy Now and taking place at Rich Mix, London E1, 28 March 2017, 7pm. www.richmix.org.uk

Eca Eps (aka Sarah Peace) is a Nigerian born writer and artist whose work centres on conflict, territorial struggles, human rights and freedoms. Her practice extends across film, photography, intervention, installation and performance. She works between Lagos and London and has exhibited internationally. www.ecaeps.com