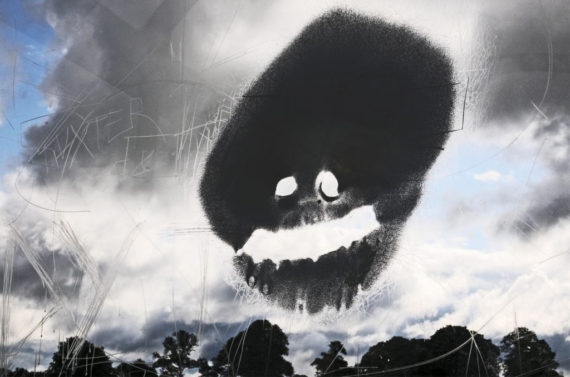 This year Fruitmarket Gallery has partnered with the Stills Centre for Photography to expand its annual BookMarket event to include artists’ books, photobooks and interdisciplinary publishing practice. 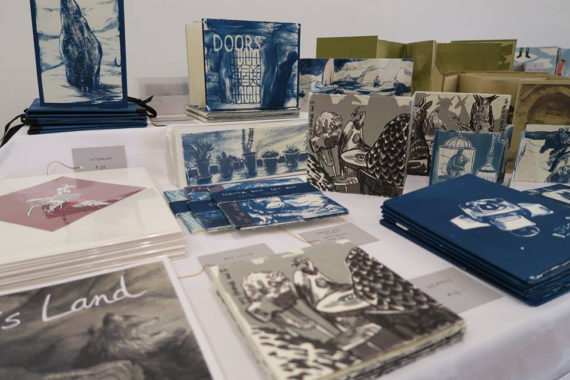 The Fresh Focus group will showcase works by graduate members at Stills and Softbox Collective will exhibit works by students and graduates of Edinburgh College of Art.

Also showing is The Pupil Sphere, established by Daniel Ainsworth to promote work from the photographic community. The Pupil Sphere publishes national and international student and graduate projects such as Montréal-based Thibaut Ketterer’s ‘Exode 138’.

The Edinburgh-based Belgian artist Cécile Simonis will be showing her hand-printed artists’ books at the fair. Her work is currently on display in the portfolio exhibition ‘From Paper To Gold’ at Edinburgh Printmakers, which celebrates 50 years of printmaking at the organisation. 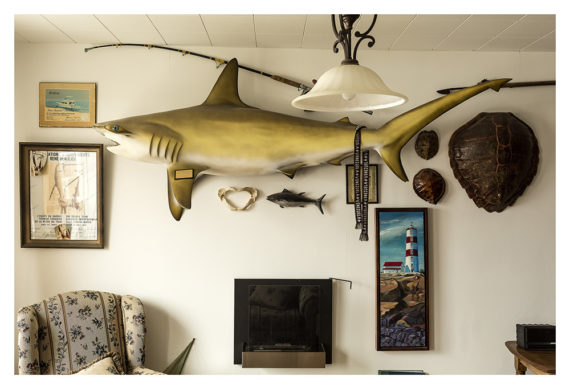 Henningham Family Press from London will be bringing copies of Your Candle Accompanies The Sun, a wonderful book by artist/poet Sophie Herxheimer. Original collages were made in response to Emily Dickinson’s poems; reading, cutting and pasting, and writing whilst “being stuck indoors”.

This work “re-imagines self-imposed seclusion as an act of empowerment” in a celebration of Dickinson’s skilful use of language and Herxheimer’s intuitive narrative invention.

Each book contains 28 collaged images, an introductory poem by Herxheimer, and ten poems by Emily Dickinson selected by Herxheimer. You can read much more about the unfolding of the project on Herxheimer’s blog. 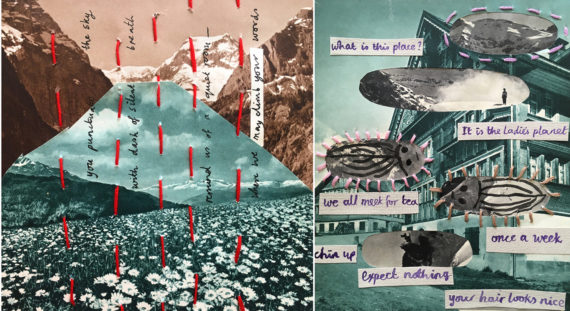 BookMarket will also see Gordian Projects launching a new book by artist Dr Azadeh Fatehrad. Ornament of Damage presents the poetic outcomes of glitches and errors produced when digitising pre-revolutionary Iranian photographic images from the archives of the Weltkulturen Museum, Frankfurt am Main, and International Institute of Social History, Amsterdam.

These are published alongside poetic responses to the images, opening up further possibilities of interpretation. 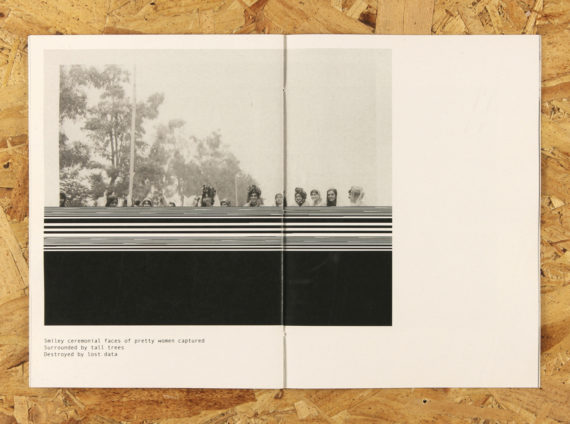 For more in this series, use the Artists’ Books series tag