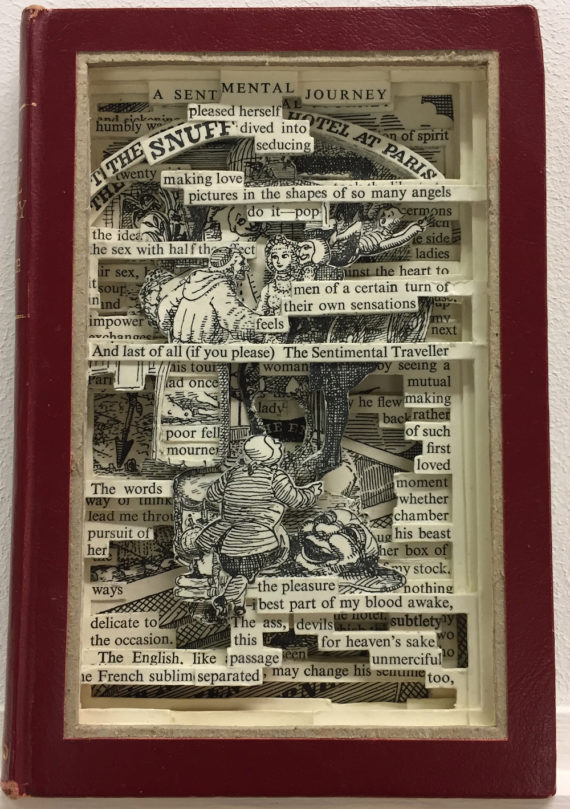 The current exhibition at The Laurence Sterne Trust at Shandy Hall in Coxwold, near York, marks the 250th anniversary of A Sentimental Journey through France and Italy, Sterne’s final work, published in February 1768.

This exhibition on display at Sterne’s former home incorporates responses to his literary outputs through illustration, writing and artists’ books.

Sterne’s writings and their physical presentation have proved inspirational for artists and authors alike. His influence on the visual elements of literary texts can be seen in movements such as Liberature, for example Zenon Fajfer and Katarzyna Bazarnik’s Oka-leczenie, to experimental writing, including BS Johnson’s The Unfortunates. 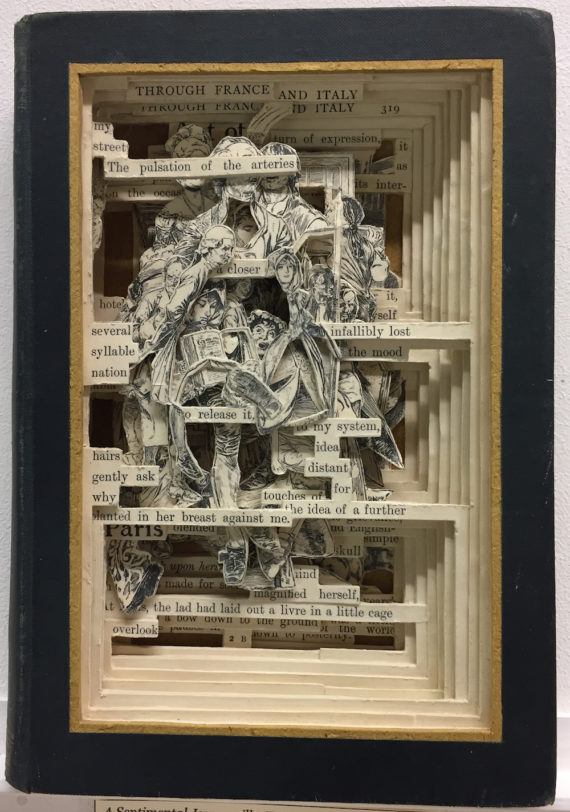 The famous ‘black page’ commemorating Parson Yorick’s death in The Life and Opinions of Tristram Shandy, Gentleman remains a source of inspiration. A 250th anniversary exhibition held at Shandy Hall in 2009 saw 73 artists and writers from Kenneth Goldsmith to Carolyn Thompson create their own interpretations of the page. More recently, an exhibition based on the blank page in Tristram Shandy invited 147 artists and writers to create the ideal of beauty – a limited edition catalogue is available.

As the 250th anniversary falls for the last of Sterne’s works, a series of drawings by TH Robinson interpreting A Sentimental Journey (from the 1897 edition) will be shown along with works by editorial cartoonist Martin Rowson, who has previously produced a graphic novel version of Tristram Shandy. 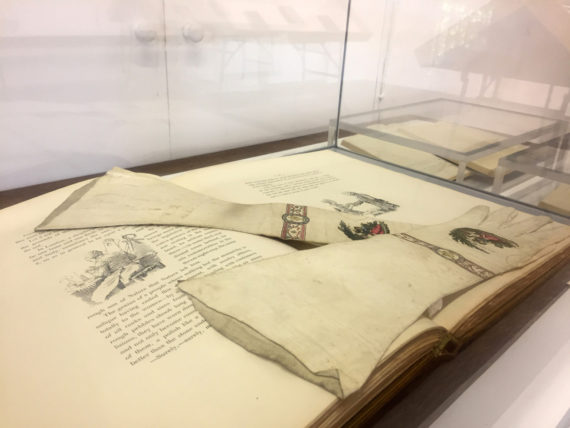 The Laurence Sterne Trust has commissioned Rowson to illustrate a new edition of Sterne’s account of his travels, supported by the Heritage Lottery Fund. Alongside these illustrations, new work by New York-based artist Brian Dettmer is on display.

Dettmer was artist-in-residence at Shandy Hall in 2014, where he created an altered bookwork titled Life and Opinions of Tristram Shandy, intricately cut from a Folio Edition of Sterne’s Tristram Shandy. Dettmer’s artist’s book was donated to The Laurence Sterne Trust’s collection. He has also ‘mined’ three different editions of A Sentimental Journey which can be seen in the present exhibition.

The exhibition forms a fitting tribute to A Sentimental Journey, a book that has never been out of print, demonstrating Sterne’s enduring influence 250 years on. 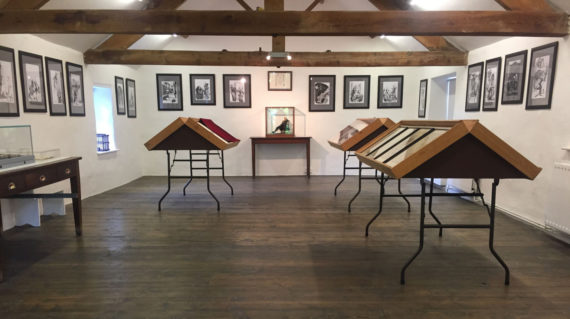 The exhibition continues until until 30 September 2018 at Shandy Hall, Coxwold, York, YO61 4AD.
www.laurencesternetrust.org.uk