Artists respond to Brexit: "It's important to make a stand, to be direct" - a-n The Artists Information Company 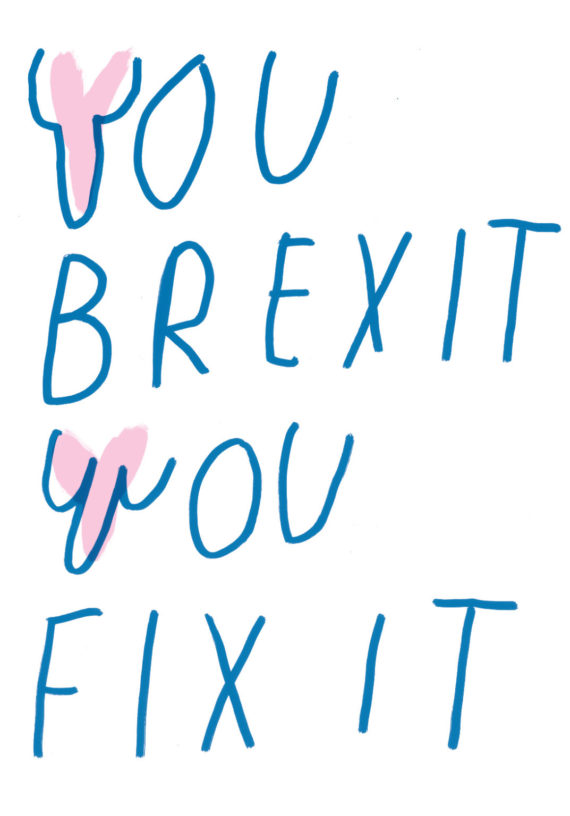 In December 2016, in collaboration with artist Binita Walia, I co-organised a fact-finding discussion on artists and Brexit, seeking out policy and campaign needs. Taking its lead from a-n‘s membership survey on the impacts of Brexit, which was circulated in the months immediately after the EU referendum vote, the event was one of several that artists on a-n’s AIR Council will be initiating or participating in over the coming year.

Our small event, part of the What Happens to Us exhibition programme curated by Amy McDonnell and Marsha Bradfield at Wimbledon Space, generated some big questions around how non-EU freelancers are currently processed within the UK visa system and the lack of recognition of non-profits within the existing system.

These are just a few concerns to add to a seemingly increasing list as the gaps in current UK legislation and procedures begin to appear as the march towards Brexit moves onwards. Already, we have seen reports of long-term UK residents unable to qualify for permanent residency status due to loopholes in current civil service mechanisms. It is clear that research into the impact of Brexit is needed so that the arts are ready to respond if or when cracks appear that impact us directly.

Over the next year, a-n and members of AIR Council will be continuing this research in order to better support visual artists and we are not alone. Increasingly the subject of Brexit is shifting its way into projects, artworks and campaigns by UK-based artists who are recognising the power that art can play in building communities. The goals are varied, from ensuring that visual artists are not left behind in the Brexit negotiations, to building more trusted dialogue with people with opposing viewpoints, to even stopping Brexit. Many of the projects are participatory, collective and inclusive.

Here are just a few that will be taking place over the next few weeks and year to come. 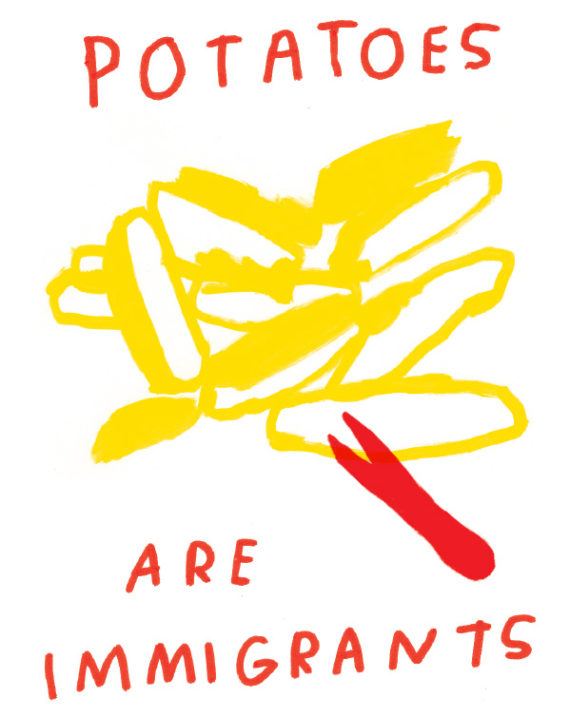 Hot on the heels of their refreshingly witty visual campaign to remain in the EU, EU-UK has evolved into Keep it Complex – Make it Clear, a new campaign that aims to address the fallout from June’s vote. Using art to find ways to communicate with people who hold an opposing opinion on Brexit, Keep it Complex continues to use humorous slogans to shake-up the debate, while also organising on a larger scale to bring more people on board.

November and December 2016 saw the group – coordinated by Kathrin Böhm, Rosalie Schweiker, Divya Osbon, Harriet Kingaby and Beth Bramich – host informal dinners and an open planning session. They also spoke at the Lisson Gallery’s Ai Weiwei opening on 8 December, when curator Jonathan Watts invited the group to take his place. The group called for artists and arts professionals to act.

“It’s important to take a stand, not just in some ambiguous, open for interpretation, arty farty way. But to be direct. And I know, directness is not cool in the arts, because it turns your work into ‘community art’ or something even worse. But labels will be our last problem over the coming years.”

For artists who want to organise collectively and use their skills to help generate “a complex cultural shift”, Keep it Complex has organised the Unite Against Dividers weekend (13-15 January). The main event, a full-day conference on the Saturday, will bring together a range of artists, activists and campaigners to discuss topics such as ‘How can politics get involved in art?’ and ‘How can art get involved in politics?’, providing space for contributions from all attendees through workshops, rounding-up with the ‘Arts Parliament’ at the end of the day.

“With the Unite Against Dividers weekend we want to show that there are so many great groups and organisations you can get involved in and actually make a difference,” say the group.

On the Sunday, the Unite Against Dividers events programme disperses across London and the UK, with London-based workshops in singing, DIY building, flag making and printing, a walking reading group session and a series of communal meals take place in a range of artist-led spaces, public institutions and artists’ homes in Birmingham, Middlesbrough, Margate, London and Glasgow. 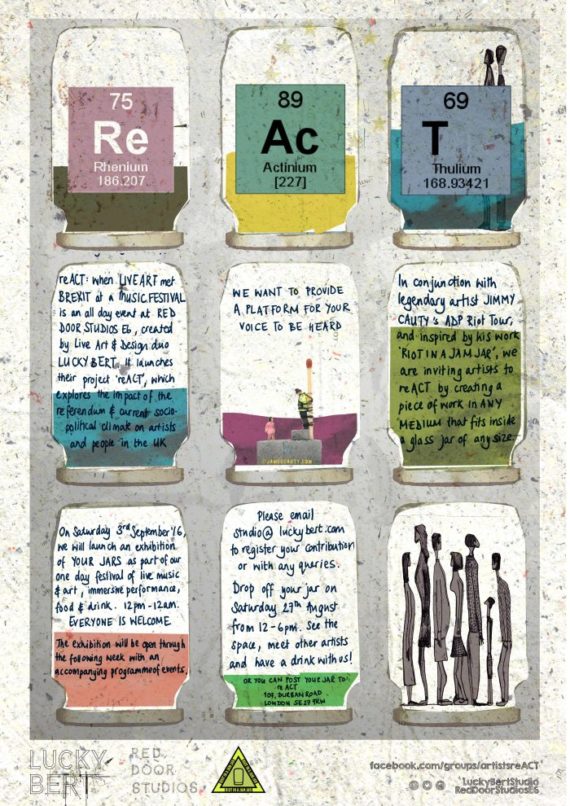 Lucky Bert, the collaborative studio of Cherry Truluck and Alberta Jones, is one of the artist initiatives that will be co-hosting a communal meal in Folkestone during the Unite Against Dividers weekend, in collaboration with Bean from Performance Space.

This will be Lucky Bert’s second foray into post-EU Referendum community-building. In the aftermath of the June vote, the duo convened a one-day festival titled React: When Live Art met Brexit at a Music Festival. The event took place in September at Red Door Studios in London’s East Ham and included art, music, poetry and spoken word. The one-day festival was immediately followed by a week of individual events, including a special screening of European short films. The two artists, whose practice ranges from illustration, through live art to design for performance, transformed Red Door Studios into a staged environment.

“We felt very strongly that the only appropriate response to the fear and anger that followed the referendum result was to make work, quickly and as much of it as possible,” says Truluck. “We don’t have any ambitions to ‘fix’ everything with our work – but we do believe that art has a unique ability to make people look at things differently and question embedded beliefs.”

React is an ongoing project from Lucky Bert that examines the impact of the referendum vote on artists and people living in the UK. To this end, Truluck and Jones are currently developing more hyper-local projects in Kent, where they are both based. As well as taking part in the Unite Against Dividers weekend, the duo are planning a site-specific work that will take place in Dover in the near future.

“Events and art works with a political agenda, especially in London, can all too easily create echo-chambers and we felt it was really important to address this, not least because we are actually based in Folkestone, Kent – where the referendum went resolutely in favour of leave.”

Also taking place over the weekend (12-15 January), in another corner of London the Home_Office project presents a series of make-your-own-passport zine workshops. Instigated by artist Sebastian Hau-Walker, the event takes place at Object Book, an experimental book arts studio in Walthamstow founded by artist Chloe Spicer.

“I’ve had the dubiously legal idea of ‘making passports’ for sometime now,” says Hau-Walker, “and waking up in ‘Brexit’ Britain, my first gut fear – as a first generation (im)migrant to the UK and artist working internationally whose work constantly confronts borders, (de)limitations and restrictions, was – ‘how will Brexit affect our freedom of movement between the EU and UK?'”

At Object Book, Hau-Walker’s intention is to create a ‘safe space’ where anyone can come and feel safe to express their opinions on Brexit, regardless of whether they are for or against it. The sessions will become a site for discussion and a chance to express through art the complexities of personal and national identity.

Merging the digital and the handmade, passports can have embroidered covers and touch-sensitive stickers that can be unlocked by smartphones. These individualised booklets will contain individual demands for Brexit and become part of the evolving exhibition that will emerge over the course of the week. The passports can act as personal reflections or become part of a campaign and be sent off. 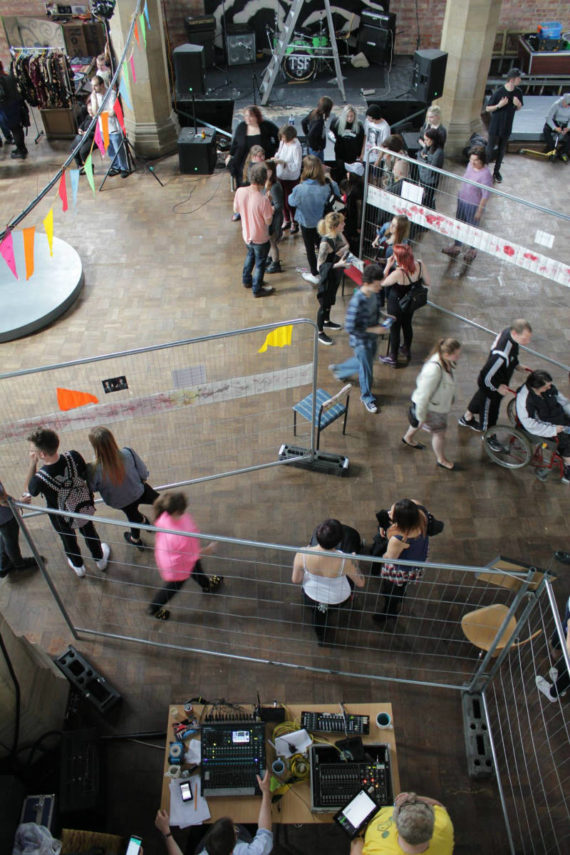 Slumgothic run x-church, an arts and community space in Gainsborough, which was originally bought to extend the activities of Bend In The River contemporary art space, but took on a life of its own and boasts a community cafe, youth workshops, mental health support groups and live music, as well as artistic residencies. The activities of the artists involved with the space, merge with those of the local community. Slumgothic Artist Resident Curators (SARC) is the group of artists – of which, AIR Council’s Steve Dutton is a member – who are actively involved with the former church, integrating their art with the activities that take place there.

In the immediate aftermath of the referendum vote, SARC curators put out a call for video works that considered boundaries, barriers and separations. They received over 100 films, created by over 100 artists from 30 different countries, which were presented during the 24-hour event, Festival x-24 2016.

As part of the event, the group divided the nave of the church, creating a real barrier with a long diagonal fence. Over the course of the event it became adorned with text and drawings that people attached to it. “The response was overwhelming and it meant that while we didn’t overtly challenge the vote we did show the world to Gainsborough via all these wonderful films.”

SARC’s modus operandi is to “put art in people’s way”, so that it is part of and not separate to the other activities of x-church. In this spirit they are continuing with the concept of a physical barrier, this time in the form of an ‘X’, which they will install on the anniversary of the EU referendum vote in June 2017. The event will be titled BreXit and the X will become a site for the display of artworks, as well as dividing up the space into four territories. SARC member Claudia Pilsli’s Walking The Line, a film that tracks Austria’s boundaries, will be shown as part of this.

Slumgothic, then, are well placed to respond to the social divisions that have emerged within British society since the EU referendum. In fact, the group found that there was a noticeable split in leave and remain voters within their community, with the artists voting to remain and other community members often voting to leave.

“Gainsborough is an East Midlands market town that is only now starting to get over the negative impact of major manufacturing decline, so it is not surprising that so many people voted to leave,” says Slumgothic’s Marcus Hammond. “All we hope to do is show that the world is a great place and that working together nearly always adds up to more than working in isolation.”

AIR Council’s Joseph Young was active in the lead up to the EU referendum, appearing on panel debates, co-instigating a Twitter debate for a-n members and initiating the @artforeu campaign, that was active online. This latter campaign is still active on Twitter, with the expressed goal of sharing public information updates about the state of the Brexit process, with the ultimate aim to #stopbrexit.

“This shift in public opinion is the first step to changing the tone and content of the public debate away from immigration and “taking back control” to more progressive values of cultural co-operation and solidarity,” says Young.

Young in his role as a studio member trustee of Phoenix Brighton is also in conversation with House festival about hosting a larger symposium for October 2017 that coincides with the 50th anniversary of the seminal 1967 Dialectics of Liberation conference at London’s Roundhouse, which brought together cultural practitioners and activists to debate ‘How to free a generation’. Titled ‘Together’, one of the themes the 2017 symposium will be looking at is the post-Brexit landscape.

“The focus for our event will be on the co-operation between artists, galleries, curators and the public in Brighton & Hove,” says Young. “It will be a day of action, performance and celebration to see if we can create a unified community of arts practitioners and art lovers across the city, to go forward with concrete initiatives for the future.”