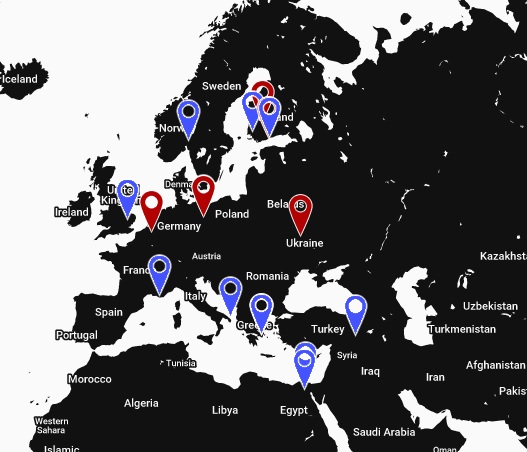 Wysing Arts Centre has announced an open call for the three-month Safe Haven residency, which will be given to a visual artist who is a target of politically motivated threats and persecution in their home country.

The Cambridge arts centre is the first UK organisation to offer the opportunity which is part of Artists at Risk, a human rights network working in the field of visual art and led by curatorial group Perpetuum Mobile. Artists at Risk work with organisations such as PEN International and ICORN (The International Cities of Refuge Network) to help persecuted artists and other art professionals.

Selected artists are granted short or long-term residencies at so-called ‘AR-Safe Havens’ – not as asylum seekers, but as invited visiting arts professionals. The placements enable practitioners to take a break from their home country, or to use the programme to help them reorient their professional lives.

The residencies usually include a flat or studio, a monthly living grant, travel, visa and insurance costs, legal costs, and a limited budget for production.

Residencies as part of the scheme will be taking place in Berlin, Helsinki, Lecce in southern Italy, Mynämäki in Finland, Oslo, and Provence. Earlier this month in Athens, Artists at Risk presented its first AR-Pavillion, an exhibition with AR-Resident artists Pınar Öğrenci, Erkan Özgen and Issa Touma.

The Wysing residency will run from October to December 2017. Explaining its involvement with the project, Donna Lynas, director, Wysing Arts Centre, said: “During periods of political and social upheaval such as we are currently seeing, it is the responsibility for those of us running arts and cultural venues to make our resources available to those who need them most.

“We are very pleased to join this European network and very much hope that other UK residency venues might also consider offering a safe haven to artists; there has never been a more urgent time for the arts to rethink what its role can be.”

Artists who have already benefitted from the scheme include Istanbul-based Pınar Öğrenci, the first AR-Athens Resident. She was arrested in 2015 when the ‘I am Walking Towards Peace’ initiative arrived in Diyarbakır, the main city of the Kurdish area of Turkey.

Öğrenci was detained for four days, with the Turkish government accusing her of being a terrorist – punishable by a sentence of 18 years imprisonment. Her case started in April 2015 and is still continuing. After the Athens residency, she will become a resident of AR-Safe Haven Helsinki later this year.

Although visual artists will be Artists at Risk’s primary focus, the organisation will also offer help to what it describes as ‘other creative intellectuals – such as theatre and film practitioners’. The musician Ramy Essam, who is known for his protest songs, was the first AR-Safe Haven Helsinki resident. During the Egyptian revolution of 2011 he was tortured by the Mubarak government and later the Morsi regime for his revolutionary activism.

Essam released new albums in 2015 and 2016, and has been touring Europe and the United States. He is currently recording his next album, co-produced by Artists at Risk, to be released in 2017.

Applications for AR Residencies are open until 15 May 2017. An international jury will place successful artists with each of the host institutions in June 2017. www.artistsatrisk.org