A group of 9 women, including Selma, arrived to Sculpture Space for their first scheduled workshop and our work began! The brief was to create a model proposal for a monument or building that they would like to see existing […]

Utica has not had a presidential visit since 1952, making Trump’s visit today an exceptionally unique occasion and I am in slight disbelief, as I get ready to protest alongside Utica’s relatively small population. He is to host a fundraiser […] 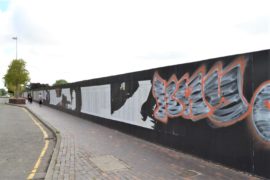 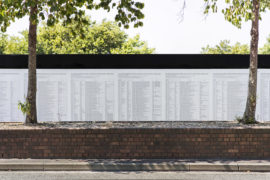 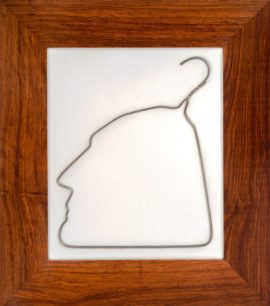 Money raised from the sale of artworks will help the aid organisation that supports people affected by the refugee crisis in Europe and internationally. 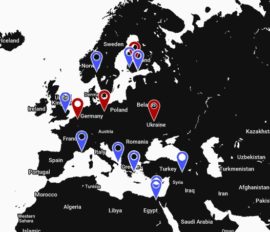 Thanks again to Artist Information Network, I’m back in Sweden for my final visit and this time my objectives have happened. During my 2 wreek stay I’ll be working with Råfilm on a workshop based project with refugees from Western Sahara. More to follow during my stay.

I have been struggling with trying to keep the threads of this project together and moving in one direction – not to mention being able to take the outside eye on everything and blog about it. I was reminded that […]

Thank you for your amazing feedback in response to my last blog post. The sincere and heartfelt expressions of support are gratefully appreciated. I had a break and a think and have made a new piece of work about the […]

AUDIOBLOG – Please click here For the first time in ages, I’ve been feeling a bit of a stall in the way I write about my work. I have the work in my head, and in my sketchbook, but […]