Banu Cennetoğlu's The List reveals 34,361 refugees and migrants have died on the borders of Europe since 1993 - a-n The Artists Information Company 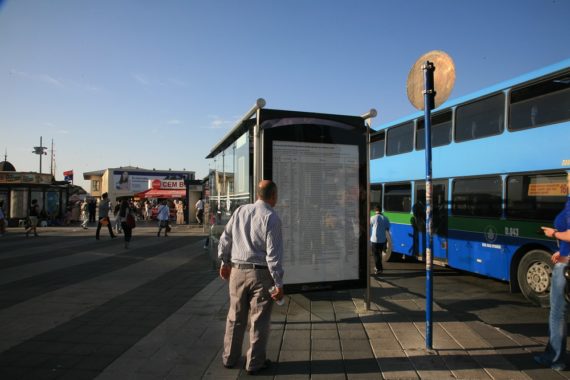 A new publication by Istanbul-based artist Banu Cennetoğlu has laid bare the horrific number of refugee and migrant deaths within or on the borders of Europe since 1993.

Working with Chisenhale Gallery and Liverpool Biennial, Cennetoğlu distributed The List in print and online editions of the Guardian on World Refugee Day on 20 June. It reveals that 34,361 refugees and migrants lost their lives up to 5 May 2018.

The artist has been producing, in collaboration with art workers and institutions, versions of The List using public spaces such as billboards, transport networks and newspapers, since 2007. The information has been compiled and updated each year by UNITED for Intercultural Action, an anti-discrimination network of 550 organisations in 48 countries. However, this is the first version Cennetoğlu has distributed in the UK.

Explaining the importance of the project, she told the Guardian: “It needs to be visible. Governments don’t keep these records for the public; they don’t want the public to see these records because it exposes their policies.”

Producing the work in print will, for the artist, make its message more tangible. “When you can hold it there’s a way to relate to it that’s better than an infinite scrolling experience. When there is a screen, you have somehow the power to isolate yourself.”

Despite saying “you cannot represent this kind of darkness through art”, Cennetoğlu has produced a new exhibition at London’s Chisenhale Gallery which is closely linked to the work. The moving image installation documents her life through digital images and videos, beginning 10 June 2006 – one year before she first publicly displayed The List.

The work is a weighty 128 hours and 22 minutes in duration and traces a decade’s worth of personal, social and political changes. There are moments when the banality of everyday life is the focus, while at other times more significant moments are captured, including the birth of Cennetoğlu’s daughter.

It is an intriguing work, with Cennetoğlu’s installation offering an strange parallel to the events detailed in The List. Nevertheless, the exhibition will undoubtedly help bring more attention to The List, something that will be aided by the document’s presentation in a public space at Liverpool Biennial next month.

Cennetoğlu comments: “As long as I have resources as an artist I will continue to make this list more visible.”

The List will be presented at a public site at Liverpool Biennial 2018: Beautiful World, Where Are You?, 14 July – 28 October

Image:
1. The List of 16.264 documented deaths of asylum seekers, refugees and migrants due to the restrictive policies of Fortress Europe. Documentation as of 13.06.2012 by UNITED for Intercultural Action. 150 posters, in Turkish. October 15 – October 23 2012. Istanbul, Turkey in collaboration with Measure-Europe’n and Salt, Istanbul