Assembly Birmingham: from precarity of modern living to the power of righteous fury - a-n The Artists Information Company 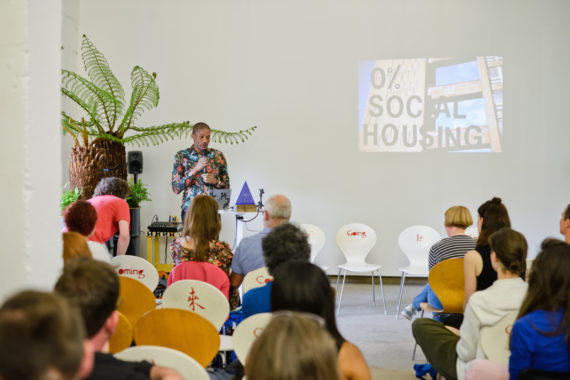 A decade or so ago I found myself going to a lot of conferences about Birmingham. As such I have an allergic reaction to people saying this city is great and we only need to shout about our achievements. #Bigupbrum brings me out in hives and, while I respect everyone involved, you’ll never find me at a TEDxBrum.

I love Birmingham and I love living and working here, but uncritical boosterism, no matter the good intentions, can only paper over the cracks. Like most of our cities, Birmingham is in trouble. The council is near-bankrupt, our politicians impotent and our society divided by inequalities. It’s probably like this in your town or city too. Britain is not in a good state these days. Maybe we should fix some fundamental stuff before breaking out the hashtags.

And that’s the main reason I don’t tend to engage. But people are at least trying and they don’t need some grumpy middle-aged middle-class nihilist harshing the vibe. The kids, by which I mean the 20-somethings, are often awe-inspiring in this city. I just hope they don’t get burned out by the reality of it all too quickly.

So I’m at an event called Assembly Birmingham, part of a series produced by a-n but programmed and curated by local artists, in this case my good friend Antonio Roberts. I’m intrigued by how he’ll cope with the thankless task of representing the close-knit but sprawling Birmingham arts scene in one day. 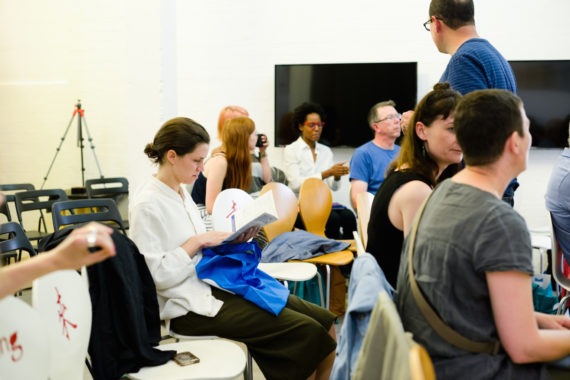 Roberts seems to deal with this by mostly ignoring the big guns. Eastside Projects is our venue so director Gavin Wade is represented but any grandstanding is neutered by the responsibility of chairing the panel. And of the other local NPOs we have Grand Union, an artist-led studio, and BOM, a newish space in its forth year.

The sort of spaces you might expect to see on this kind of stage are conspicuous by their absence, and while that might put some noses out of joint it’s probably a good thing. It makes space for other local groups, like Stryx and MAIA Creatives, representing those that don’t have historical and financial stability and are simply trying to get on. Maybe they’ll be the next establishment, maybe they’ll join the catalogue of good ideas burned by reality.

The rest of the event is filled with outsiders. The brand new Coventry Biennial reminded us that our oft-neglected neighbours (no new NPOs for them!) won UK City of Culture 2021, something we spectacularly failed to do in recent memory, and revealed they have a 10-year culture plan. Birmingham in turn has tumbleweeds. Conversely, AirSpace tells us about surviving in Stoke with a decade of negligible support. How do you plan for the future when the council will only give you a rolling one-month lease?

Representing the purse strings was Craig Ashley from New Art West Midlands, who doesn’t really control the purse strings and so can be a little more unbuttoned than an Arts Council England officer, and who wisely keeps to the sidelines, offering regional context but not dominating the voices who don’t often get this platform.

If a big theme emerged from the day I’d say it was surviving the precarity of modern living. Libby Cufley‘s Tower / Garden film, which helped close the proceedings, highlighted how artists and art projects are employed as cannon-fodder for regeneration, put into deprived areas under the auspices of helping but with the result of alienating and uprooting existing communities. Having found herself on the frontline in a decaying but architecturally important London housing estate, her film, and conversations afterwards, felt like a testament to PTSD from finding herself in a horrible situation, playing her role in social cleansing.

But she arguably had no choice. London is where the art scene is and rents are impossible, so she finds herself making compromises to survive. It answered Gavin Wade’s opening search for “means of surviving in a capitalist economy” with “carefully, being wary of unintended consequences”. 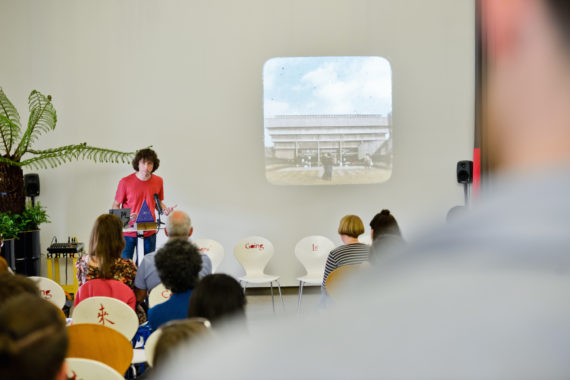 Universities naturally came up as potential benefactors of the arts. Birmingham City University (not to be confused with the University of Birmingham) runs the local art school and has its fingers in many pies, notably Eastside Projects and the new STEAMhouse project. There was much to be said about collaborating with these institutions, both positive and negative.

Ashley told us that Coventry University owns 70% of the property inside the ring-road there. Seventy Per Cent! That felt obscene to this audience member and I felt the need to point out how our universities – private companies with cashflows in the tens of millions – are the worst at paying freelance artists on time, not to mention being unaccountable. Our councillors might seem useless but at least we can vote them out.

But the universities are just one elephant in our arts ecology. The conference was pegged on Birmingham’s endless regeneration, the relentless ‘Forward’ in the city motto, discarding history and embracing the future. It defines the city and is one reason it’s exciting to live here, but it also makes it unpredictable and unstable for those without power and money. I felt we were on the cusp of addressing those spectres keeping us down but didn’t quite get there. That’s still a full fathom further than most of these sorts of events get, though.

If I had to pick a highlight it would be Amahra Spence, founder of MAIA, teaching me that the endless optimism exhibited by her peers is not youthful naivety but comes from a righteous fury, a desire to burn it all down and make something that actually fucking works for a change. If it seems like they’re papering over the cracks that’s only because they don’t have any power – but that’s not going to stop them trying. 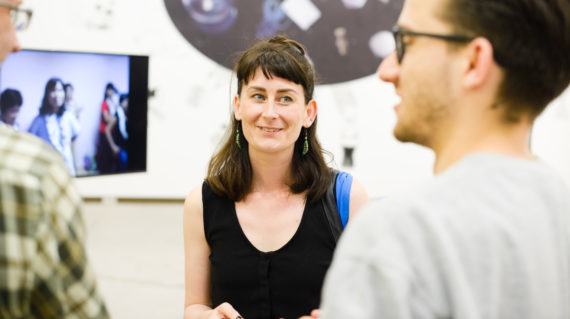 Pete Ashton is an artist and photographer based in Birmingham. http://peteashton.com