Deep Lab cyberfeminist collective: "We question the legitimacy of immigration policy and its economics" - a-n The Artists Information Company 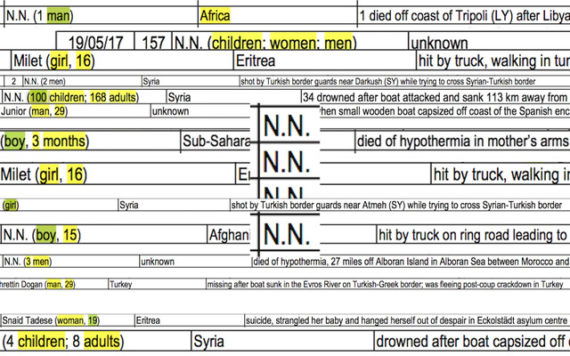 For ten days from 27 September the first York Mediale will present a series of performances, exhibitions and workshops by artists who incorporate technology in their practices. As part of the festival, artist Addie Wagenknecht and design activist Maral Pourkazemi have brought together what Wagenknecht describes as “some of the most dynamic female digital artists and activists from three continents” as the collective Deep Lab UK.

Through a series of workshops led by Wagenknecht and Pourkazemi the group worked through the effects of immigration policy, the visibility of refugees and how this impacts on the individual. Or, as Wagenknecht puts it: “We question the legitimacy of government immigration policy and its economics, its red tape system and its privileges; its seemingly random and arbitrary laws, that hide instead a very timely, clear logic and rationale – that of capital, private interests.”

The result is a video work, Can You Die If You Don’t Exist?, that will be projected onto the Roman walls that contain York city centre. It will attempt to make the 34,361 refugees who have died trying to reach a safe haven in Europe visible, whilst critiquing the bureaucratic and technological systems that have created this humanitarian crisis. “With this site-specific piece, we are looking at the notion of bureaucracy and the economics of bureaucracy – borders that have been built that are not only physical, not always visible. Borders acquire a terrifying additional meaning and context in times of rising nationalism and resurgence of fascism.” 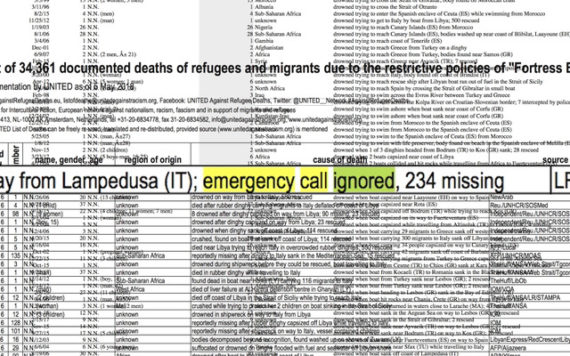 The 34,361 seemingly anonymous asylum seekers, refugees and migrants who are known to have died attempting to get to Europe since 1993 are also the basis of The List, facilitated by the Turkish artist Banu Cennetoğlu. Based on data gathered by the European network United for Intercultural Action, it solemnly names the nameless in the style of a remembrance wall. It has been repeatedly torn down while on display at this year’s Liverpool Biennial.

Wagenknecht, however, says that how the public in York might react to Deep Lab’s new work is not the key consideration. Instead, she says that the project is about a need to “measure the visibility… [Of] those who had to flee their country, leaving their family, their homes behind. What these processes are like and more importantly those who lost their lives whilst waiting, whilst crossing, whilst drowning at sea. But you can’t die if you can’t exist.”

Deep Lab was founded in the United States in 2014 to critique the effects of contemporary digital culture. Original participants include the artist Ingrid Burrington;  Runa Sandvik, senior director of information security at the New York Times; the curator Lindsay Howard; and Allison Burtch, who works for UNICEF Innovation.

Members of Deep Lab UK include the urban researcher and architect Alisha Morenike Fisher, architectural choreographer Laura Kriefman and artist Marta Di Francesco. A common thread among most members of the collective is that the work they do is centred on technology and art, and often their job titles and interests are multi-hyphenated.

When Deep Lab met for the first time, at Studio for Creative Inquiry at Carnegie Mellon University in 2014, the United States Senate Intelligence Committee released a redacted version of their study into the CIA’s Detention and Interrogation Programme post-9/11. This became widely known as ‘The Torture Report.’ The residency at Studio was intended to use their combined expertise to explore privacy, security, surveillance, anonymity and mass data collection; all prominent cultural and political features of post-9/11 North America and Europe. The release of such a document only strengthened the conviction that the work they were doing was important. 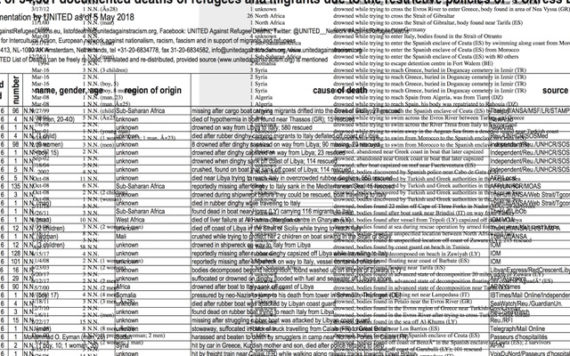 Many of the members do not necessarily have an educational background in art and Wagenknecht sees this as a positive. “We don’t exist within the bounds and rules of the art world, which allows us to do and speak and question things in a way that people with MFAs and pedigrees cannot.”

Deep Lab takes inspiration from the art and tech communities through the Guerrilla Girls (who campaigned to make female artists visible), Cypherpunks (who advocate for online privacy and encrypted communication) and Chaos Computer Club (Europe’s largest association of hackers), who are all in some way about creating a future that is perhaps more equitable and humane.

This humanitarian ethos is evidently what informs the new video work for York Mediale, where refugees rendered anonymous by technological and political systems will be made visible once more. Says Wagenknecht: “In response to a language of fear and despair, the answer is not only of protest and solidarity, but also a proposal of celebration of otherness, as difference is what unites us.”

Laura Davidson is one of eight a-n members who were selected for the a-n Writer Development Programme 2017-18. For more information on the writer programme, and to read more of the latest cohort’s work, visit the 2017-18 programme’s blog on a-n.co.uk or use the a-n writer development programme 2017-18 tag