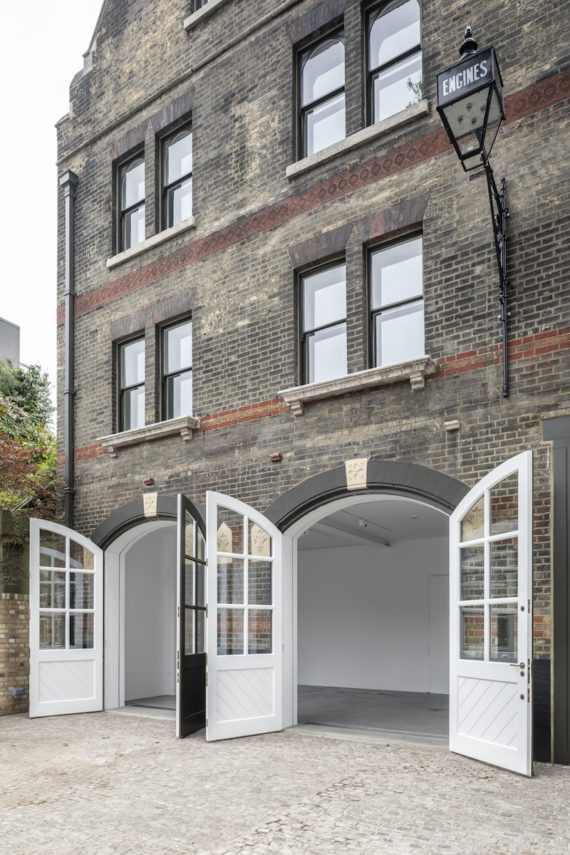 This weekend sees the opening of South London Gallery‘s new space in the former Peckham Road Fire Station. Located on the opposite side of the road to the gallery’s main site, the new development was gifted to the gallery by an anonymous benefactor in 2014.

It will be primarily used for exhibitions, the first of which is ‘Knock, Knock‘, a show exploring humour in art which also spans SLG’s main space. The exhibition features work by 36 artists including high-profile names such as Sarah Lucas, Martin Creed, and Rodney Graham alongside newer artists like Hardeep Pandhal and Simeon Barclay.

The new space will also house an education and events programme, plus a communal kitchen and new archive showcasing the gallery’s 126-year history. 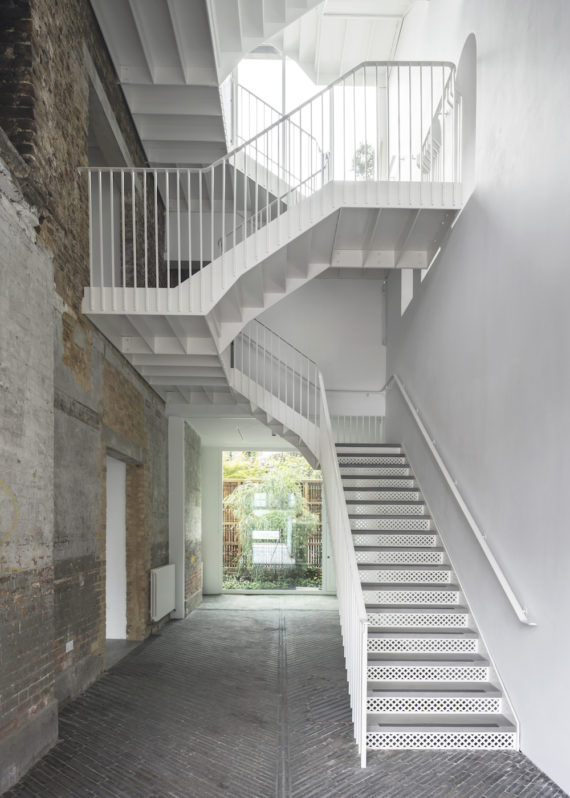 The extension has been designed by 6a architects, who first worked with SLG in 2010 to convert the derelict house next to the gallery into a café and gallery spaces. They also helped create the Orozco Garden, an outside sculptural work by Gabriel Orozco at the back of the main SLG building.

Spread over four floors, the new space has maintained the original layout of the Grade II listed fire station building, built in 1867, with exposed bricks in the main entrance revealing where floors and walls were once located.

Winding upwards and through the four gallery spaces, pristine white walls contrast with bare wooden flooring. It is a building with a lot of history, and the architects have successfully struck a balance between old and new. 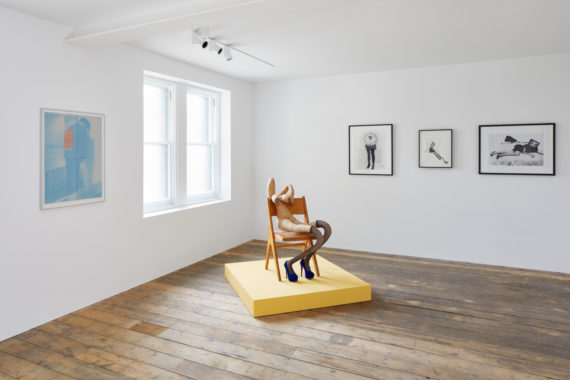 Explaining the significance of the expansion, Simon Parris, head of programmes at South London Gallery, comments: “We’ve effectively doubled the size of the institution. In the new building are a series of more domestic spaces which means we can show work in two very different environments.

“The original gallery is quite a large space, whereas these are more intimate, which means we can show a wider variety of work.”

The new building will also house the gallery’s Post-Graduate Residency programme, a rolling six-month residency open to recent graduates that has been running since 2011. 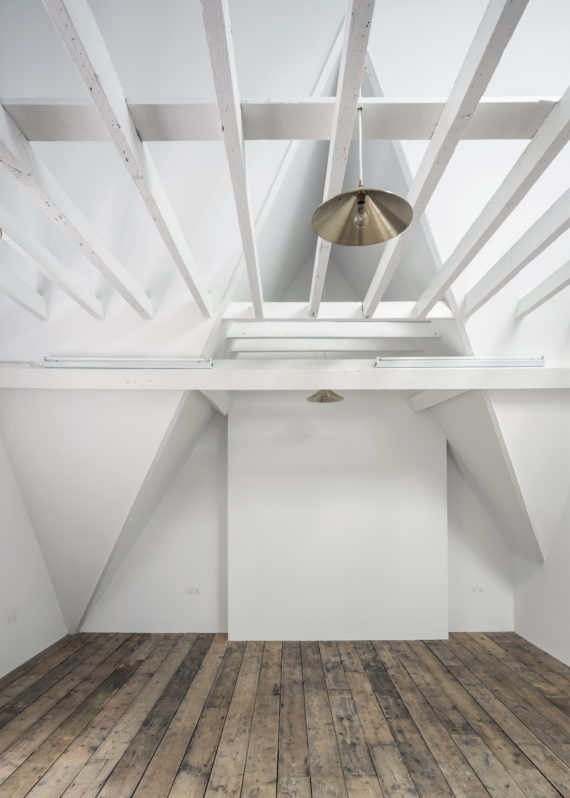 Parris comments: “Artists receive a bursary and free studio space, with the residency culminating in an exhibition in one of the new gallery spaces. They will also have access to mentoring and an option to have a publication that accompanies their show.”

The new gallery will also provide additional education space, which is designed to expand the gallery’s engagement with local residents. This will build upon existing art programmes taking place in Peckham and Camberwell.

Parris explains: “We work very closely with schools, and during any given exhibition we have classes visiting the gallery. This is often led by artists, or my colleagues that specialise in that area. They can then break out into one of the smaller spaces for workshops.” 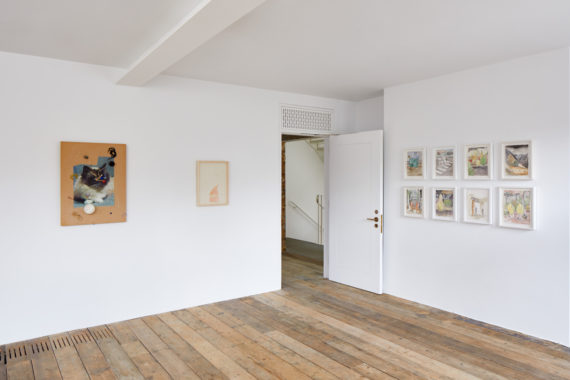 There is also material relating to the social, architectural and cultural history of the local area. This will be available both digitally and through changing displays in a new archive gallery.

“The gallery was established in 1868 by philanthropist William Rossiter,” Parris explains. “To have it expand into London’s oldest surviving purpose-built fire station, which was originally built in 1867, is a perfect fit.” 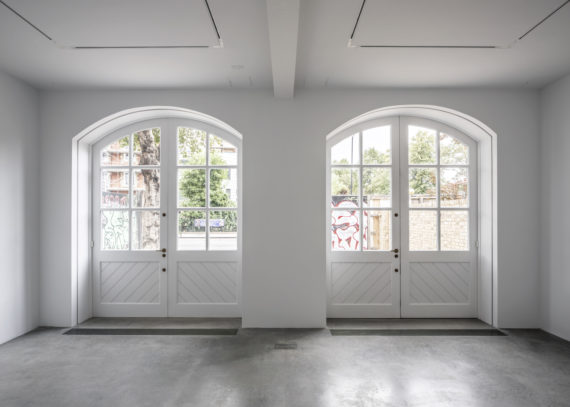 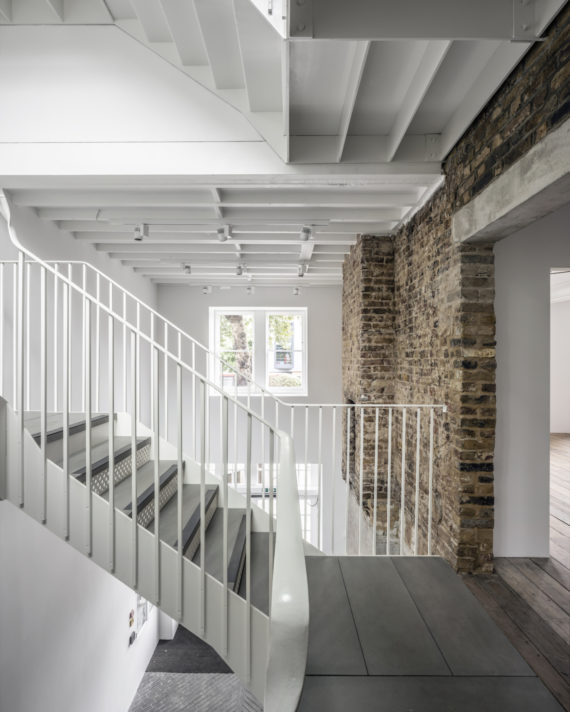