A Q&A with... Martin Creed, artist and musician - a-n The Artists Information Company 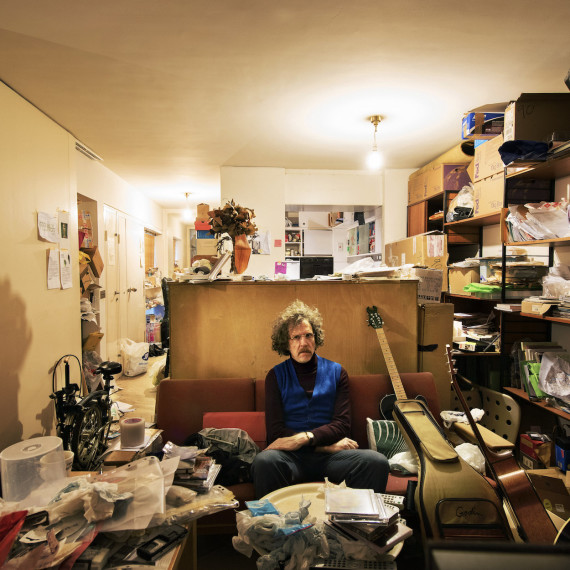 Martin Creed is better known as a Turner Prize-winning artist than as a musician and songwriter.

But with a new album, Thoughts Lined Up, to promote, he’s fresh from playing Glastonbury and is currently touring the country with his band. It’s his fourth album and the songs display the characteristic humour and wit of his minimalist art works.

Creed, 48, won the Turner Prize in 2001, and many will know him best for his lights going on and off and his scrunched up pieces of paper. He enjoyed a survey show, ‘What’s the Point of It?’, at the Hayward Gallery in 2014, where the opening work was a huge, scarily rotating beam with the word Mothers written in neon.

He currently has two exhibitions, one of recent work at Hauser & Wirth Somerset, and a big survey show at Park Avenue Armory in New York.

Understanding from Martin Creed on Vimeo.

How was Glastonbury?
It was great, exciting. Often there’s a bit of distance between the stage and the audience and I find that hard – it feels like you’re reaching across a big chasm. I mean, I was playing on a small stage for Glastonbury, but for me it was a big stage.

Were you nervous?
Yeah, I get very nervous when I play live. I feel sick all day before it. I’ve never been bungee jumping, but I feel like it must be a bit like that – incredibly exciting but there’s a fear of death about it.

Who are your most important musical influences?
I’m sure I’m influenced by all the things I like. I’m a big fan of a lot of country ‘n’ western music – Kris Kristofferson, Johnny Cash, Waylon Jennings. It’s partly because of their stripped down simplicity, but also the words, which can be sad but also stupid and funny. 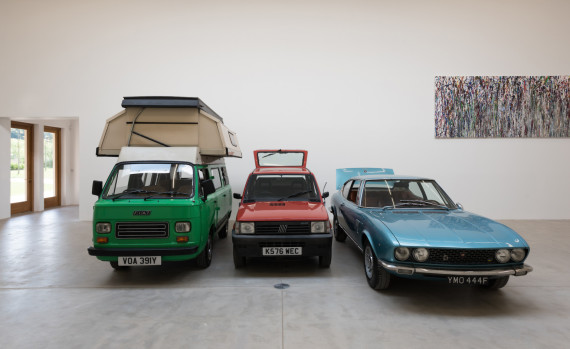 The new album sounds a bit like a cross between The Proclaimers and Hank Williams
Oh, I love Hank Williams. And it’s funny you mention him, because this album was mixed in mono, so the sound is a bit like a Hank Williams’ record. And I really love The Proclaimers. When I was growing up they had those big hits, but it’s more like in the last five years that I’ve really begun to think they’re just one of the best bands ever.

Do you read music?
Yeah. I grew up learning classical music. And a lot of the music I write has been written down as part of the process, not just as the result of playing around on a guitar. I find that sometimes when I try to write songs by playing on an instrument there’s the limitations of my ability on that instrument, whereas if you write music down you can write things that are almost not even playable. Then you try and learn to play them and that way you can come up with more surprising things.

Your music videos are terrific. Do you see yourself making feature films in the future?
Aye, I’ve thought about that. The films I’ve tended to make are where just one thing happens, rather than, you know, however many thousands of things happen in a feature film, but I would like to make a longer film. I’d be interested in making a film of a story, someone else’s story. 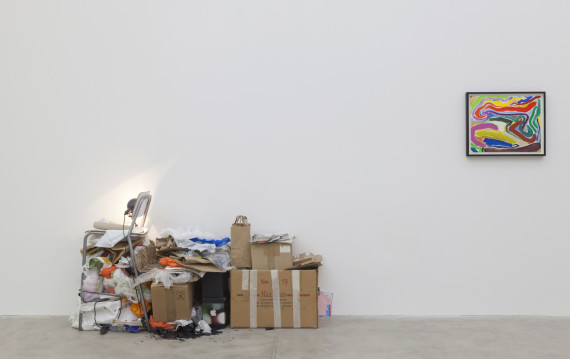 Tell us about your current exhibition at Hauser & Wirth Somerset. You’ve gathered junk from your flat, including piles of carrier bags and boxes of books. What gave you the idea?
No, no, no, no, it’s not junk at all. It’s the result of a long process of thought that got me to thinking that your work is very much like body language. People look at you and they can probably see what your innermost feelings are because of your body language and the way you’re behaving. But you’re probably not even aware of your body language. And I started thinking that maybe work is a lot like that: what you think of as your work is maybe not really your work.

Tell us about your first US survey show in America, in New York.
It’s a selection of all the things I’ve done over the years. And it’s got all of the film works I’ve ever made. One of them is a new one that I made specially for the exhibition. It’s a series of small films showing different people opening their mouths, and inside their mouth they have food. 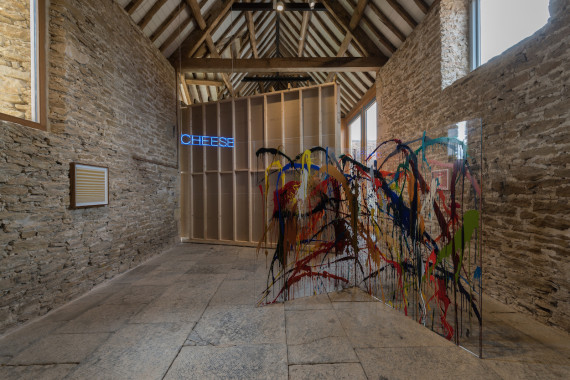 When I first interviewed you back in 2007, you confessed to a huge fear of sex, which is why you made an explicit film about sex. And now I read that you have a massive fear of cheese. You seem to be developing lots of new phobias.
It’s mostly fish and meat, actually. Cheese is more like amber, but red would be meat and fish. I am a vegetarian now. It’s been two years. It just came from my pure fear of meat. And even though I used to like eating meat, I used to be disgusted by it as well. If I went to a restaurant and there was meat, I’d have to come home and wash all my clothes and wash my hair. I think lots of people can be a bit scared of meat, especially raw meat. I mean, that’s like a piece of a person.

I think that it must be to do with the fear of the horrible things that are inside me. It’s perhaps the same reason why people are scared of vomiting – it’s having the horrible insides on the outside, and they’re not contained or under control.

Have you ever been diagnosed with OCD?
No, but I’m sure I’ll be within that kind of general area. I think it’s like religion – I have rituals. Most religions divide the world up into good and evil and I have my forms of that. I think it helps form a structure that stops you rolling around in a chaotic mess all the time. I think that’s the way religions work. 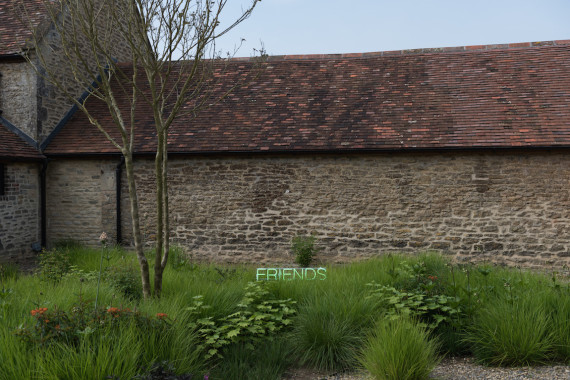 What do you think of this whole Brexit situation?
I feel it’s a wee bit scary. I voted to remain but it seems to me that politics has been shot to pieces by this. But I’ve also been thinking in the last couple of days that maybe it’s not such a bad thing. I mean, I’m a fan of Jeremy Corbyn. I’m not a member of the Labour Party or anything, but I feel he’s a real person who talks about being uncertain. He was unsure about his position on Europe and that feels like a real, human position. He’s seems to care about people and he doesn’t necessarily have all the answers. And I like that basically… He seems like a real person in an unreal world. And I think we should accept what’s happened (with Brexit). There might well be a silver lining in it. I voted to remain because I think it’s good to work with people and not turn away and put up walls and live in Little England, but I do think we have to accept what happened.

But obviously the country’s split, and old-fashioned politics with its two-party system and its first past the post election system doesn’t work in a world where it’s like 52 percent, 48 percent. What we obviously need is proportional representation and coalition governments where parties work together. The Tories should split into two or more parties and Labour should split. Then at least the Greens would have a chance, because that’s who I would vote for if they had a chance. The point isn’t really about being in or out of Europe, it’s about fucking being nice to people.

Martin Creed’s new album, Thoughts Lined Up, is out now. Tour dates can be found here;
Martin Creed: What you Find at Hauser & Wirth Somerset, until 11 September 2016;
Martin Creed: The Back Door at Park Avenue Armory, New York, until 7 August 2016