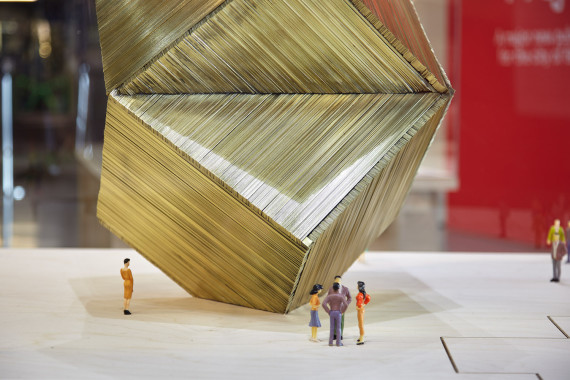 An exhibition presenting models and information about the five artists’ proposals for the Birmingham Big Art Project has opened in the city.

Described as ‘the most ambitious public art commission in Birmingham’s long history’, the project is being led by the Birmingham Big Art Foundation which has hired artist-run art organisation and gallery Eastside Projects as commissioning agents to deliver the artwork.

The process will create a £2 million permanent public artwork to the east of the city centre, situated at the western entrance to the current Eastside City Park, established around the existing Millennium Point building.

In the future, the site will be a busy arrival point for the city following the construction of Birmingham’s High-Speed Railway Station (HS2).

On show at Millennium Point on Curzon Street are proposals by: Brian Griffiths, Roger Hiorns, Heather and Ivan Morison, Susan Philipsz, and Keith Wilson. It is hoped that, once chosen, the new work will be in place by April 2018.

Heather and Ivan Morison’s Blueprint for Happiness (model above top) is a large, gleaming cuboid sculpture inspired by the shape of minerals created deep beneath the earth.

Intended to represent Birmingham’s layered and long history, it is described as ‘a metaphor for the radical free thinking that made Birmingham’ and ‘a statement of intent for a city of the future, in a world where the only constant is change’. 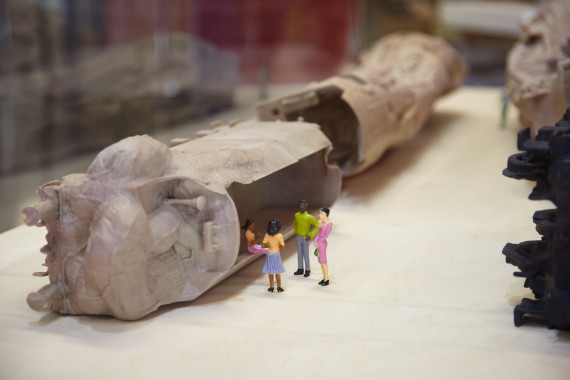 The Birmingham-born, London-based artist Roger Hiorns has proposed a landscape of transformed railway and car engines (above). A steam train engine will be modeled in stone, its exterior rendered to resemble human skin. Set amongst a scattered collection of stone car engines, Hiorns also proposes a full-size 27 metre-long locomotive train. 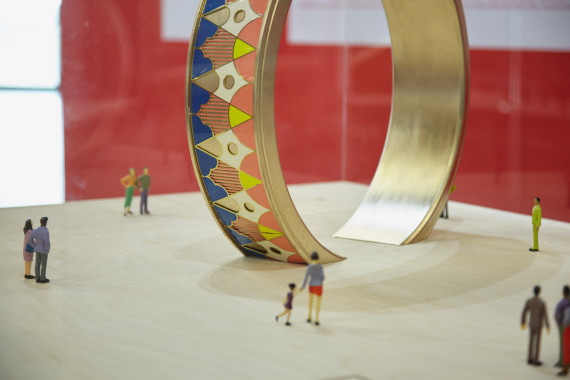 Brian Griffiths’ proposal would see the artist working with craftspeople from the city’s Jewellery Quarter to produce bespoke pieces of jewellery that will be made available to the public. He will also create a giant sculpture of the jewellery for the Eastside City Park site. 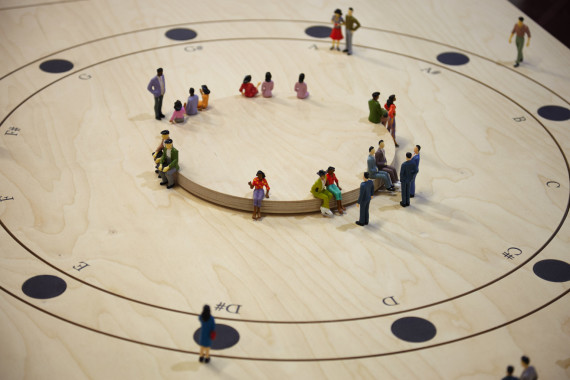 The Berlin-based sound artist Susan Philipsz has proposed an aural clock with each of its 12 digits representing one of the 12 tones from the musical scales. The sounds for Station Clock will be made in collaboration with the Birmingham Conservatoire and the people of Birmingham.

Overnight the tones will be very low, getting fuller during the day with a large chorus at noon. For the exhibition’s 1:25 scale version, the clock sounds every five minutes instead of every hour. 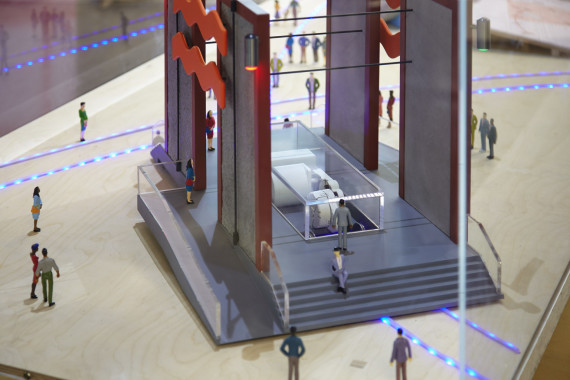 Keith Wilson, who was born in Birmingham and is now based in New York, has proposed a slow moving sculpture that will travel from one end of Eastside City Park to the other over the next ten years. Industrial Revolution marks the city’s industrial past while acting as a vessel for the transportation of its post-industrial culture.

Visitors to the exhibition are being encouraged to share their opinions on all five proposals, with the project’s organisers asking them to consider: ‘What will make a difference to our city, what reflects Birmingham as an exciting and challenging environment for people to live and work in, which do you feel a connection to, and why?’

The exhibition continues until 31 August 2016. A winning proposal will be chosen in January 2017.