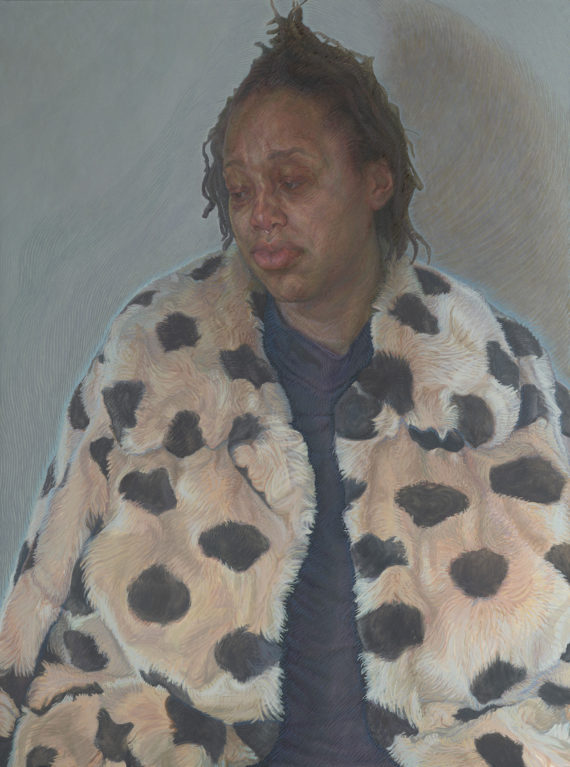 The winner of this year’s BP Portrait Award was announced last night amid mounting criticism of the oil company’s sponsorship of the award organised by London’s National Portrait Gallery.

Charlie Schaffer’s portrait of his close friend wearing a fake fur coat, Imara in her Winter Coat, took the top prize. Sandi Toksvig presented the Brighton-based artist with the £35,000 prize and a commission worth £7,000, which is to be chosen by the National Portrait Gallery trustees. This year’s award received 2,537 other submissions from 84 countries.

The judges commented that in Schaffer’s portrait “the skilful depiction of a combination of several different textures including faux-fur, hair and skin are revealed by prolonged looking and together these produce an image that is traditional, but clearly contemporary”.

Born in 1992, Schaffer is originally from London and studied at Central Saint Martins before graduating with a degree in Fine Art from the University of Brighton in 2014. He has won the Brian Botting Prize ‘for an outstanding representation of the human figure’ three times.

Imara in her Winter Coat portrays his friend Imara, an English Literature student he met when he moved permanently to Brighton. Schaffer said: “She immediately struck me as someone who is uncompromisingly open and who wants to learn about anything and everything.” 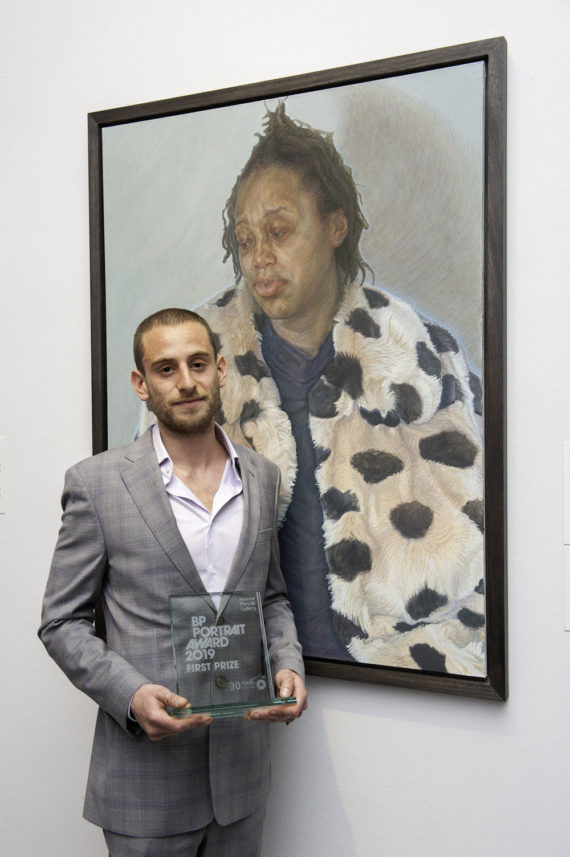 The portrait was painted over a four-month period during the winter. Schaffer originally planned to paint only Imara’s face, but added the coat after being inspired by Titian’s Portrait of Girolamo Fracastoro in the National Gallery.

The second prize of £12,000 was awarded to Norwegian painter, Carl-Martin Sandvold, for his self-portrait, The Crown. The third prize of £10,000 went to Italian artist, Massimiliano Pironti, for Quo Vadis?, a portrait of his maternal grandmother.

The BP Young Artist Award of £9,000 for a work by an entrant aged between 18 and 30 was won by 30 year-old Brighton-based artist Emma Hopkins for Sophie and Carla, a portrait that depicts the photographer Sophie Mayanne and her pet dog.

The National Portrait Gallery has recently been criticised for its continued acceptance of funding and sponsorship from BP. An open letter from the artist Gary Hume, one of the judge’s of this year’s prize, expressed his “discomfort about continuing to have BP as the sponsor of the award”, adding that while there “might have once been a case for partnering with BP… it’s clear to me that that moment has passed.”

The letter concludes: “This is the 30th year of BP sponsoring the Portrait Award, and I would argue that 30 years is enough. As the impacts of climate change become increasingly apparent, the Gallery will look more and more out of step by hosting an oil-branded art prize… I urge you to commit now to finding an alternative.”

The BP Portrait Award 2019 exhibition opens at the National Portrait Gallery, London on 13 June and continues to 20 October 2019