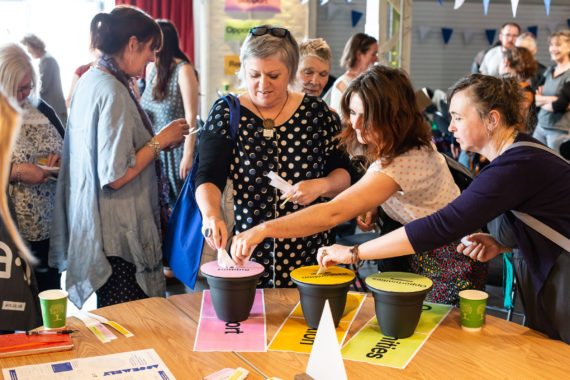 Assembly Swansea saw over 60 participants gather across three of the city’s arts venues for an event programmed by Swansea-based artist Jane Simpson. Simpson, who runs the gallery GS Artists, explained that she wanted the day to “spur on artist-led activity in the city”.

Describing her planning, she said: “Previous Assembly events have focussed on sustaining artist-led initiatives, but Swansea’s need is different: it’s about creating more. DIY energy has always been key to my practice so I devised a day based on inspiring examples.” 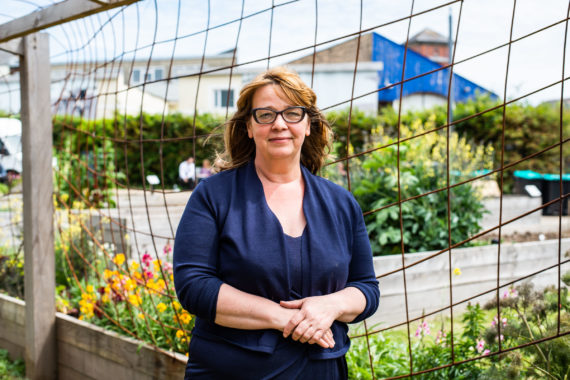 Collaborative artists Jason and Becky started and ended the day. In the morning they shared their findings from a pre-event questionnaire, which identified ‘support, opportunity and recognition’ as the three main concerns for artists in Swansea.

Aiming to “democratise the event,” the pair gathered statements of action from the audience before leading a bingo game to select five declarations to form the Swansea ‘minifesto’ – described as “five actions that we hope will be helpful, attainable and manageable for everyone”. 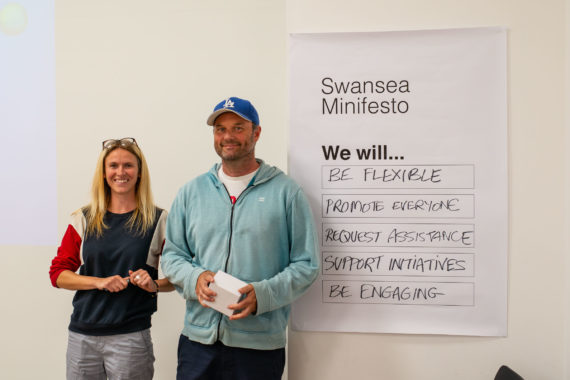 The Aberdeen-based artist-led initiative Tendency Towards, who are programming the next Assembly in their home city on 4 July 2019, described the challenges and opportunities of working in a place that “people pass through on their way somewhere else”.

They identified positives including a close-knit, supportive creative community, the freedom to work in their own way and the chance to “bring the art that we want to see to our city”. 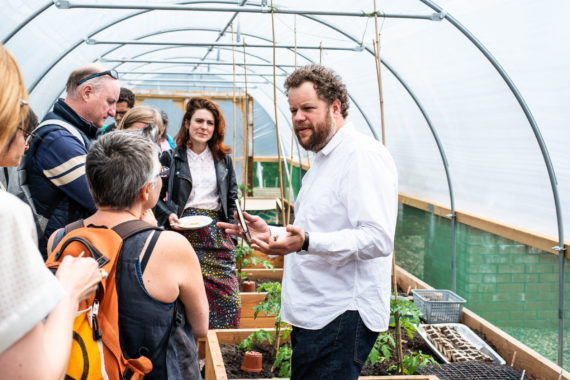 The afternoon programme included a panel discussion on the strengths and relevance of socially-engaged projects in South Wales.

John Byrne from Arte Util, an international body that promotes ways for art to work effectively in ordinary life, said: “I’d like to see more artists working with museums and galleries in ways which open up those places, to make them more porous, so they become sites of social activism and change: places to rethink politics.”

Swansea-based artist Fern Thomas focused on motherhood and periods of ‘dormancy’ and ‘activation’ in creative practice. She commented: “There’s a pressure to work at a constant pace which is unsustainable. It’s a radical act to accept the place you’re in now.”

Thomas gave all Assembly participants photocopies of her ‘Emergency Information’ sheet which includes questions to ask yourself, such as ‘what energises me?’ and ‘what do I need right now/next?’ 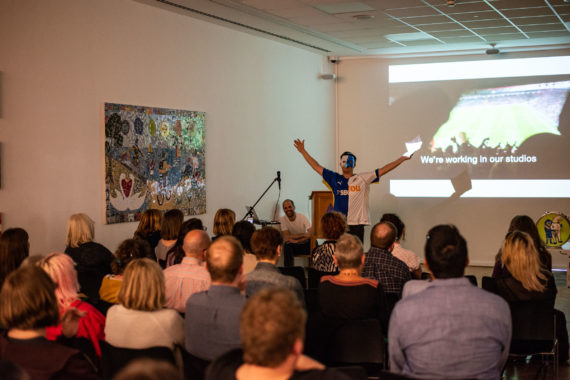 At Glynn Vivian Gallery, Cardiff-based artist Thomas Goddard presented ‘The Battle of Ninian Park’, a performance that uses the rivalry between Swansea and Cardiff’s football clubs to talk about art, money, teamwork, mentoring and skills. You can watch a clip and catch up with the rest of our Instagram posts from the day here.

Simpson, who is now planning the first meeting of what she hopes will become the Swansea branch of a Welsh artists’ union, described Swansea Assembly as “one of the most satisfying days ever for me as an artist,” adding: “Assembly is a brilliant model; on to Aberdeen!”

Recorded at Assembly Swansea, this video brings together views from a number of contributors including artist Owen Griffiths, curator Karen Mackinnon, and artists Jason & Becky and Thomas Goddard.

a-n Assembly 2019 is a series of four one-day artist-led events across the UK. The next Assembly takes place in Aberdeen on 4 July 2019. To find out more about Assembly see www.a-n.co.uk/assembly 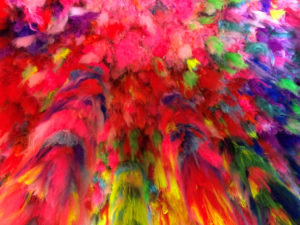 Venice Biennale 2019: From Iceland to Singapore, our pick of the national pavilions 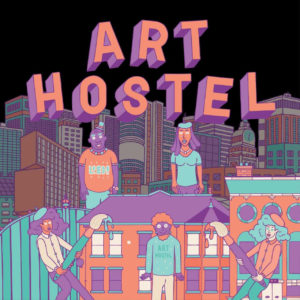