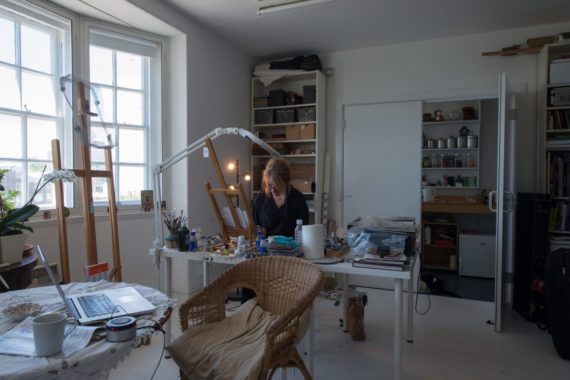 ‘Old Flo’ makes her way back to London from Yorkshire The Henry Moore sculpture that graced Stepney in east London for 35 years before relocating to Wakefield has a new home in Canary Wharf. The decision marks an end to a bitter political battle over the work. In 2012 the former mayor of Tower Hamlets, Lutfur Rahman, declared that it should be sold to raise £20m because of unprecedented budget cuts.

Culture minister repeats misleading Ebacc claims Culture minister Matt Hancock has repeated claims that the English Baccalaureate (EBacc) has had no impact on arts in school. He told a Lords inquiry that saying the arts are being sidelined risks encouraging schools to drop creative subjects.

Museum rescues sculptor Camille Claudel from decades of obscurity The French artist, once the lover of Auguste Rodin, is having her career celebrated with the opening of a museum in the small French town of Nogent-sur-Seine, which holds the largest collection of her work in the world.

Hundreds of arts advocates march for cultural funding in Boston In response to president Donald Trump’s proposed federal budget, which eliminates the National Endowments for the Arts and Humanities, hundreds of arts advocates and cultural leaders from across Massachusetts marched to the State House in an effort to increase state funding for culture.

Former Brooklyn power station to be converted into art hub by Tate Modern designers Herzog & de Meuron The building known as the Batcave has been occupied by graffiti artists and squatters. Now, the defunct, turn-of-the-century power station on the Gowanus canal in Brooklyn, New York, will be converted into an arts complex with workshops for artists and designers under plans drawn up by the non-profit Powerhouse Environmental Arts Foundation.

Artists and police clash over Beijing studio demolition Artist Shen Jingdong bought the two-and-a-half-acre property, which is located in one of Beijing’s largest artist communities, in 2009. Government officials are claiming the building was condemned because of illegal construction and did not offer the artists any compensation.

Tate St Ives reopens after £20 million refurbishment The museum’s exhibition space has been doubled and, later this year, will feature a semi-permanent display of work by the artists who came to the seaside town during the middle of the 20th century.