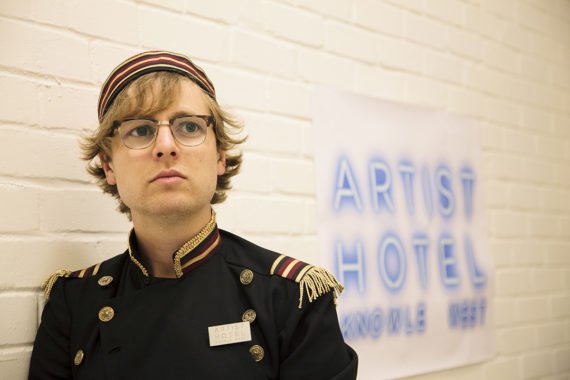 A group of artists with sleeping bags gather on a rainy night outside Filwood Community Centre, in a suburb of the city that doesn’t feature in any ‘Bristol named best place to live’ articles. Entering a fluorescent-lit corridor, we’re greeted by a bellboy in full Grand Budapest Hotel-style costume: welcome to ‘Artist Hotel’.

Actually,  the event’s name is quickly revealed to be something of a misnomer. An old, leaking gymnasium – usually the home of a local boxing club – has been repurposed as a dormitory with 15 or so air mattresses and camp beds. At the foot of each bed, little hotel motifs continue with branded soap, hotel slippers and a sewing kit (the handiwork of artist Sabrina Shirazi), and the evening is a surreal confusion of package holiday-style activities (design-your-own cocktails) and Scout camp (firepit and stories).

Melissa Mean and Martha King, producers at the nearby Knowle West Media Centre (KWMC), introduce the evening by describing their difficulties in finding accommodation for artists working in the local area. The event is pitched as an opportunity to question how an artist hotel might operate differently, or even be distributed across a community: importantly, to become “not a retreat, but a space to engage”. 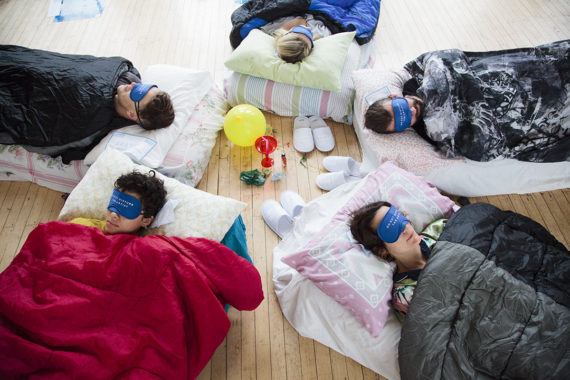 For Jo Southard, the community centre’s dynamic development manager, the purpose is more transparent: with the imminent loss of all funding from the city council threatening the centre’s very survival, artists must be part of the solution. Her midnight tour of the 80-year-old building included the art deco hall (features concealed by a suspended ceiling) and a skittle-alley-cum-future-artist-workspace. It is a building filled with potential.

The event’s organisers, though, are certainly aware of the issues at stake in artist-led regeneration. Rooted in south Bristol for over two decades, KWMC develops technology and arts projects with local people, in an area where 35% of residents experience income deprivation. Mean cites American urban theorist Richard Florida’s recent rejection of his own influential mantra that promoted art and creativity as a means to economic growth, his latest book acknowledging that this only serves to increase economic disparity. Rather than import a ‘creative class’, Mean asks how communities might be empowered to develop their own solutions. What then, the role of the artist?

The morning brings a lively breakfast discussion on the topic with Ed Rapley, an artist and member of the Bristol collective Residence, offering the first of four provocations. Insisting that “every piece of work you ever made was made in a place”, he dispels the myth that artists can be perpetually mobile, nomadic and disconnected from their location: they need space to survive. 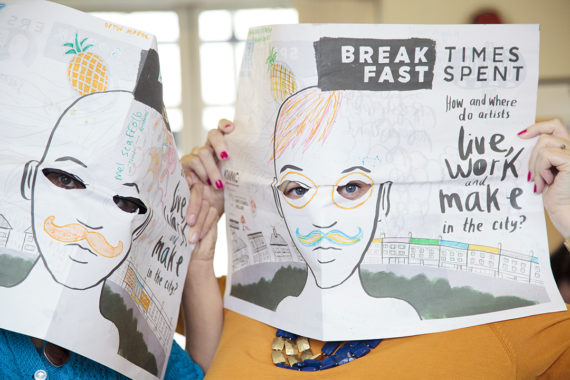 Other speakers focus on how and why one might work in a specific place. Kate Webb, director of Circomedia, calls for authenticity in artists’ interactions with communities: “Come in with no agenda, forget your funding brief, be an open vessel.” Arts producer Suzanne Heath talks about the complexity of the “very political context” in her neighbourhood of Foxhill in Bath, and how working with housing associations and developers was a necessary “dance with the devil”.

It is a final provocation from Danny Balla that provides a touch of blue-sky thinking. A director of Coexist CIC, which is presently negotiating to retain or purchase its artist studio complex Hamilton House in the rapidly gentrifying area of Stokes Croft, he states their aim is to “grow up, and decolonise the structures of organisation”. He concludes: “Community ownership is the only way to sustain a community.”

The group discussion closes with dissatisfaction with the word ‘community’, some suggesting ‘neighbour’ or even ‘network’ are helpful and less loaded terms, while others note that to demarcate a community is always to exclude others. We might all do well to heed curator and art historian Miwon Kwon when she writes: “The challenge is to figure out a way beyond and through the impossibility of community.” 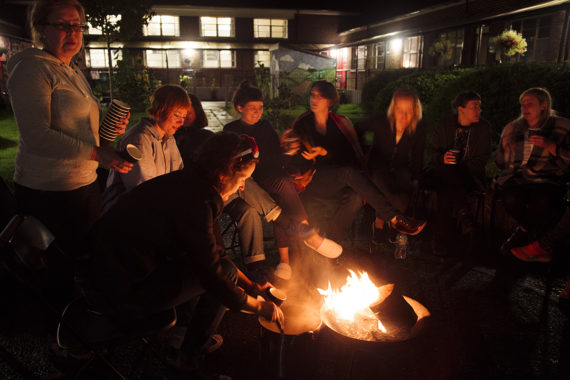 Artist Hotel came at a funny time for the visual arts in Bristol. While rents are soaring and developers are moving in, wages are stagnant and Arts Council England has dropped Arnolfini, the city’s most high-profile arts centre, from its 2018-22 national portfolio.

The money that would have gone to Arnolfini has been ‘ringfenced’ for the visual arts in the city, however, and Bristol’s curtailed and hungry institutions are left to fight over the scraps – with artists more than likely at the bottom of the pecking order.

Instead of getting caught in the foodfight – or a ‘moan-fest’ as Maurice Carlin recently observed – artists might be better advised to bypass the institutions and get organised. Initiatives like The Brunswick Club – a collective of collectives – are attempting precisely this, adopting a historic working men’s club in the St Paul’s area of Bristol.

As Rapley noted, artists are always embedded in the places they live and work, whether or not their artwork is considered ‘socially-engaged’. If the Artist Hotel demonstrates anything, it’s that constructing pseudo-borders between artists and ‘communities’ is over: it’s time to imagine possibilities and realise solutions to housing, employment and welfare – together, as neighbours. 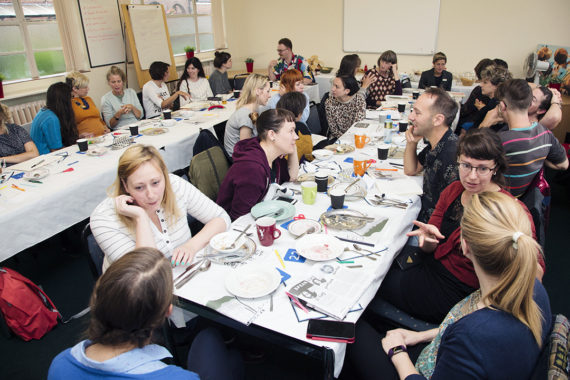