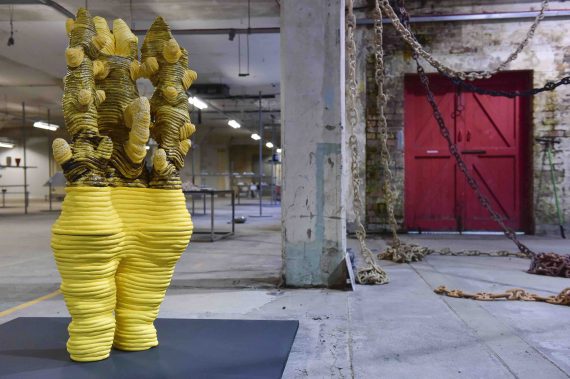 The British Ceramics Biennial in Stoke-on-Trent is marking its 10th anniversary with an expanded programme of exhibitions across the city.

In addition to the biennial’s main space in the China Hall at the original Spode pottery factory site, other venues taking part include the artist-led AirSpace Gallery.

There will also be a variety of site-specific works at Middleport Pottery, The Potteries Museum and Art Gallery, Spode Works and World of Wedgewood.

The ‘Award’ exhibition presents work by the 10 artists shortlisted for the prize, which has been increased to £10,000 to mark this anniversary year. 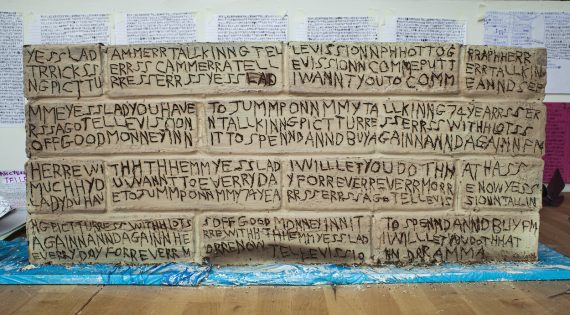 The ‘Fresh’ exhibition provides a platform for work by 20 recent UK ceramics graduates. In addition, ‘Awarded’ presents new work by the 2017 Award winner, Tana West, alongside that of 2017 Fresh winner, Eusebio Sanchez.

Also at China Hall, ‘Growing Cultures’ by Peter Jones is an installation in response to the cultural history of the ceramic vessel used for growing Penicillin cultures, which was made in Stoke-on-Trent.

For ‘Accolade’, Lawrence Epps presents a multiple set of ceramic trophies, some of which contain gold bullion. These were cast by Epps in China and will be available to buy through a ‘negotiated bidding process’.

Other exhibitions at the biennial’s main site include work by artists Shirley Bhatnagar and Wookjae Maeng, presented in partnership with the Indian Ceramics Triennale and Korean International Ceramics Biennial.

The global ceramics scene is also showcased with work by prize winners from two international competitions: the Franz Rising Stars and Future Lights. 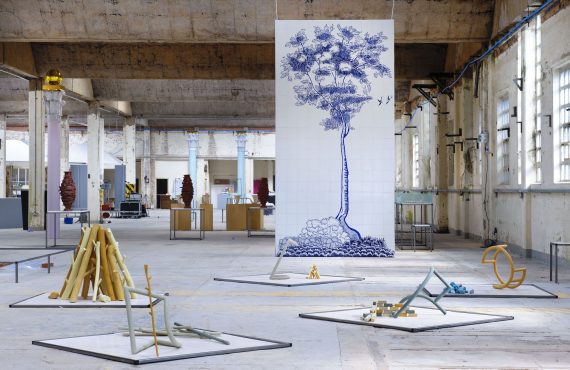 At AirSpace Gallery, the artists Dunhill and O’Brien present ‘Terms and Conditions: propositions in clay’. This performative residency and exhibition will feature new works that explore the physical qualities of clay and its use as a material.

Across the city at World of Wedgewood, artists Duncan Hooson and Stephanie Buttle show ’22 Hands’ – ‘an exhibition, performance, workspace and intervention’ in an unused courtyard that links the famous Wedgwood pottery factory to the Wedgwood Museum.

Barney Hare Duke, artistic director of the British Ceramics Biennial, said that the Biennial “is about people, place and clay”.

He added: “I am delighted that, as we mark our 10th anniversary, we are able to work so closely with artists, local residents and with partners across Stoke-on-Trent to create such an ambitious, thought-provoking programme – one that celebrates and highlights the heritage and cultural riches of this extraordinary city.”