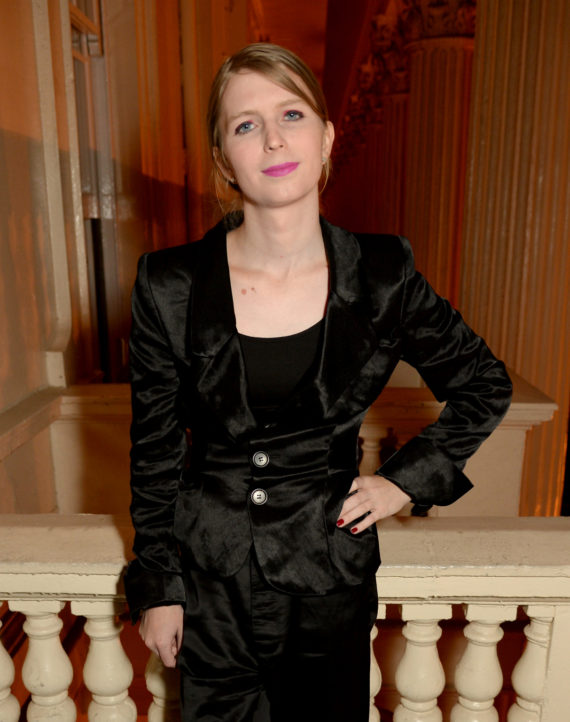 American activist and whistleblower Chelsea Manning has made her first UK appearance while being honoured at the Annual Friends of the Institute of Contemporary Arts Dinner in London.

Manning, who worked as an intelligence analyst for the US Department of Defence, famously disclosed classified documents to the public that revealed a number of human rights abuses and corruption in relation to the US wars in Iraq and Afghanistan.

She was sentenced to 35 years in prison for leaking government documents, of which she served seven before President Barack Obama commuted her sentence to time served last year.

A vocal advocate for government transparency and queer and transgender rights, Manning identifies herself as a trans woman and underwent gender transition while in prison.

The ICA dinner was preceded by a Q&A with Manning at the Royal Institution, conducted by the London-based artist and writer James Bridle. During the interview Manning spoke about the “need for collective action, for individuals to exercise their political agency, and the need to challenge systems of power”.

As the Guardian reports, she said that the notion that an individual gains freedom on release from prison was not correct.

Referencing the US, she said: “You think about the surveillance systems, the cameras, or the police presence, and you think about the fact that we have walls around our country, and that is very much the same thing that is inside a prison … I see a lot of similarities between the world out here and the world that was in there.”

The event was attended by a host of people from the arts and creative industries, including Turner Prize winner Jeremy Deller, producer and artist Brian Eno, and sculptor and installation artist Olafur Eliasson.

Stefan Kalmar, executive director of the ICA, said: “It’s a different world from the one we were in 20 years ago. The ICA can show love and camaraderie, lending our platform to others. We pay tribute to Chelsea Manning, who, at 23 years-old, asked who owns information and what we are allowed to see.”

The ICA’s chair, Hadeel Ibrahim, added: “The ICA is a safe space where difficult conversations can be had. To come to the ICA is to engage with the future and when you support the ICA you support the next generation of thinkers, artists and activists.”

The event coincided with the opening of ‘Version History’, an exhibition by Amsterdam-based artists, designers, and filmmakers Metahaven, at the ICA, 3 October 2018 – 13 January 2019. www.ica.art/exhibitions/metahaven-version-history