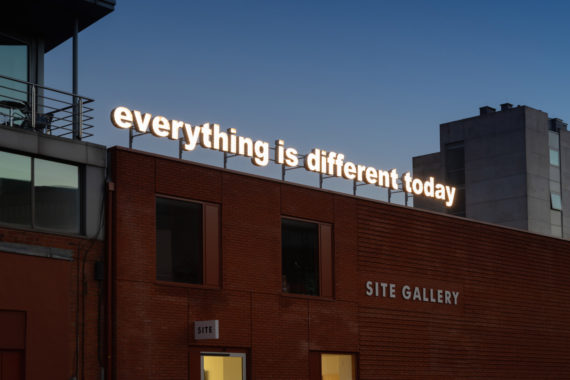 Site Gallery in Sheffield has reopened to the public after an 18-month, £1.7million development by DRDH Architects. A stylish extension – incorporating an existing adjacent building – trebles the gallery’s public areas and brings increased flexibility in how the venue can work with artists and audiences.

Curator Angelica Sule emphasises the scale and adaptability the new 262m² gallery brings: “We have a lot more to play with, the space is really versatile, we can black it out, we can divide it.”

For the inaugural exhibition, ‘Liquid Crystal Display’, Anna Barham’s sculpture Crystal Fabric Field takes over the entire floor space. Based on the geometric form of crystals, Barham’s construction in MDF, corrugated plastic and steel acts as a cabinet of curiosities for the work of 15 other artists, including Liliane Lijn, The Otolith Group, Penny McCarthy and Karen David. 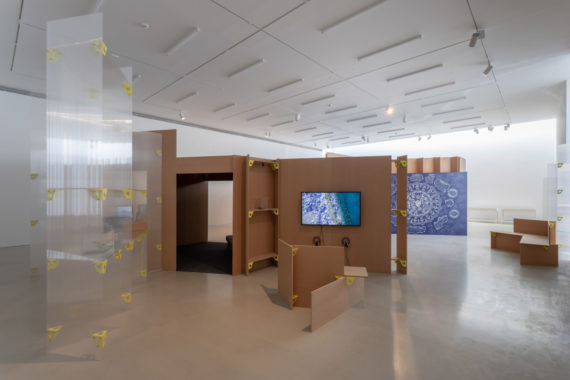 In leaving the walls bare, windows uncovered and the gallery open to its full five metre height, ‘Liquid Crystal Display’ foregrounds the minimal detail of the new architectural design, whilst introducing a now explicit curatorial focus on moving image, new media and performance.

‘Liquid Crystal Display’ proposes that “we are living in a liquid crystal world” – a world of images, supported and circulated by crystal mineral technologies. Crystals are present in technologies including smartphones, computers, cameras, televisions and projectors. Here the exhibiting artists not only use these technologies but question the material, perceptual or mystical qualities of liquid crystal.

The exhibition includes work by established and emerging practitioners, some with a connection to Sheffield. Barham has a longstanding relationship with Site through participating in a Platform residency in 2013. The launch exhibition was an opportunity, explains Sule, to “show the best of what we do, which is supporting artists. Part of that is showing people that we’ve worked with to show how far they’ve come, but it’s also showcasing new talent and exploring new ideas in art and in the city”. 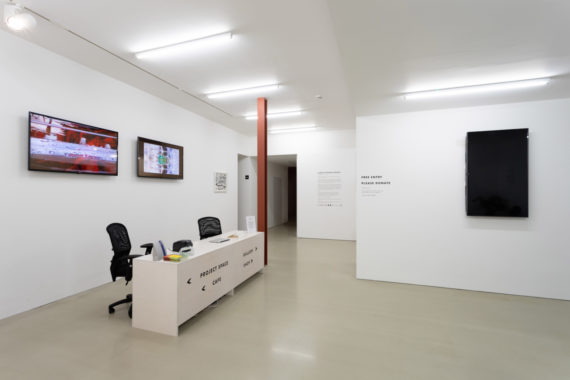 Described as a “blank canvas for artists to experiment and create new work,” Site Gallery’s new space is an unapologetic white cube. But a big part the gallery’s remit is to break down barriers that exclude many audiences from traditional gallery spaces.

This is signalled in the building’s architecture (the large windows and a centrally located community-run café), by artistic commissions on the exterior of the building (a roof-mounted text piece in neon and LEDs by Tim Etchells and a wall painting by Paul Morrison) and in its upcoming programme, which extends out of the gallery into a new project space and into the public realm.

Sharna Jackson, appointed artistic director in July following Laura Sillars’ move to MIMA, explains: “We’ll have our flagship shows in the main space and have three of those every year. What that does is free up the project space which was our old main gallery, so now we can do rapid shows with a quick turnaround and allow for more experimentation.”

Jackson is from a background in socially-engaged digital initiatives and will play a pivotal role in activating the new building. “My priorities are to continue to support emerging talent, bringing international artists to Sheffield but also to really develop the audience and think about ways of attracting audiences who would never have come to Site or to a gallery.” 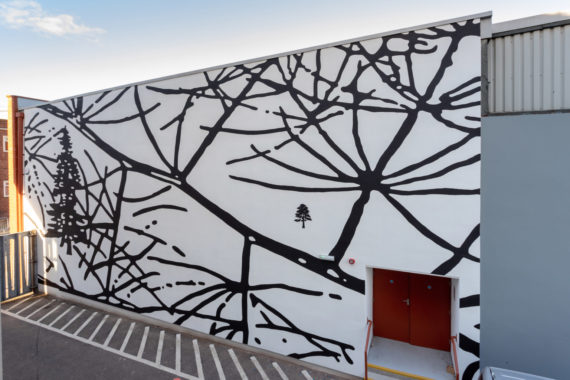 One project that Jackson is excited to extend is the Society of Explorers – a collective of 14-19 year-olds who meet regularly to collaborate, discuss and create. During Site’s closure they went on the road with a £322,000 grant from the Paul Hamlyn Foundation, taking art activities to communities around Sheffield. They now have a key role in the gallery’s relaunch, with their work filling the new project space. Over the gallery’s opening weekend they worked with a group of Sheffield artists to programme performative, playful events.

Site Gallery’s redevelopment was set in motion in 2011 when declining arts funding made it reasonable to ask whether investment in buildings was the best way to support the arts. Yet the organisation’s aims were clear – providing a more compelling artistic offer, a better environment for visitors and generating revenue. (Beyond its public areas the new building incorporates business units for the creative industries to support the latter aim.) 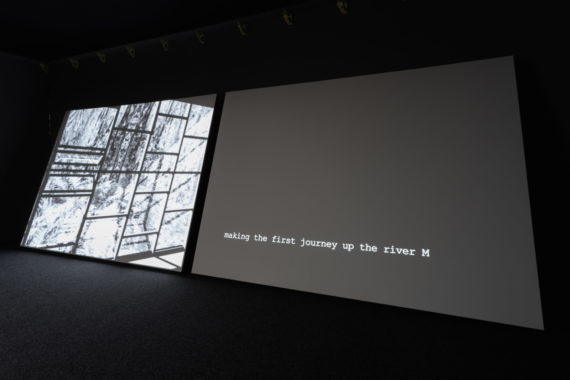 So far the investment is seemingly paying off. As well as the Paul Hamlyn Foundation grant, earlier this year Site Gallery – with a wider consortium of Sheffield arts organisations – was one of four contemporary art organisations across the UK awarded £375,000 from the Freelands Foundation for artist development. Site recently announced five Sheffield-based artists who will undertake a two-year paid residency as part of the scheme. “They are the first five,” explains Jackson. “Over five years we will be supporting 20 artists at a critical point in their career.”

The new building, then, is a hub. Architecturally it is impressive but above all it is designed for a purpose. The measure of its success will be the activity it generates; the artists and audiences it enables.

Next year Site Gallery celebrates its 40th anniversary and this, no doubt, will be a point for reflection. But the organisation is resolutely looking ahead. Jackson, in her approach to engagement, asks: “How can I bring in children and families? How do I foster that appreciation of art to encourage them to become artists we can work with in the future?” 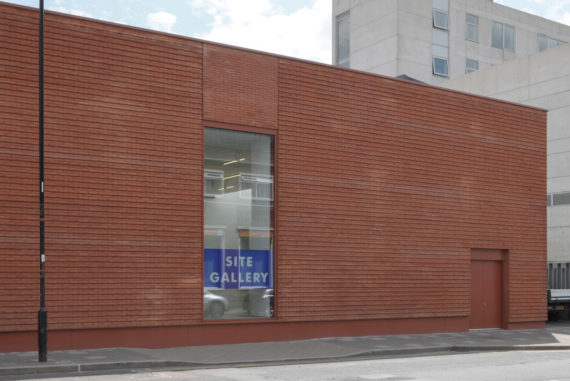