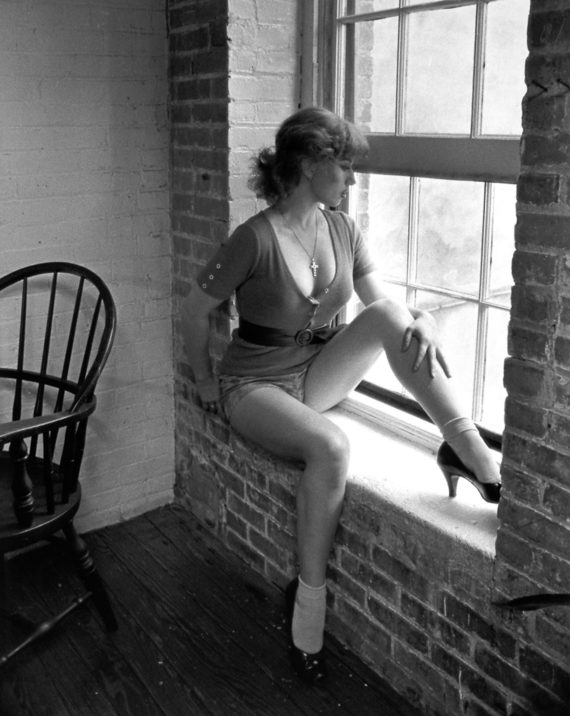 Cindy Sherman’s Untitled Film Stills series to go on public display for first time in the UK The retrospective at the National Portrait Gallery, London, will feature around 180 works from international public and private collections, as well as new work never before displayed in a public gallery.

The show, which runs 27 June – 15 September 2019, will explore Sherman’s practice, focusing on how she manipulates her own appearance whilst referencing a range of cultural sources, including film, advertising and fashion. 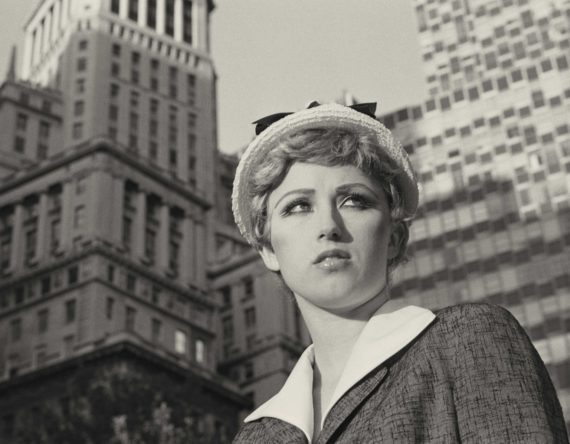 Dr Nicholas Cullinan, director of the National Portrait Gallery, London, said: “Comprising key works from Sherman’s most important series together with new and unseen work, the exhibition will place her art within the context of portraiture, exploring the often complex and ambiguous relationship between appearance and reality.”

The show will be curated by Paul Moorhouse, who added: “By inventing fictitious characters and photographing herself in imaginary situations, she inhabits a world of pure appearance. No other artist interrogates the illusions presented by modern culture in such a penetrating way – or scrutinises so tellingly the façades that people adopt.”

High court rules that £10m Giotto painting was removed from Italy unlawfully The court has found that Arts Council England was correct in rejecting an application to export the work from Britain to Switzerland by Kathleen Simonis, who originally purchased it in Florence for just £3,500 in 1990. It instead offered to issue an export licence for the return of the painting, which is valued at £10m, to Italy.

As The Guardian reports, the high court accused Simonis of having ‘spirited’ the painting away from Italy without a valid licence. Earlier export licences that allowed it to travel freely had expired or been ‘annulled by Italian ministerial decrees’.

However, Simonis’ lawyer, Aidan O’Neill QC, argued in court: “She has a right to transfer her property from one member state to another. That is in the very DNA of EU law.”

Alexander Herman, the assistant director of the Institute of Art and Law, said the ruling effectively puts the work in limbo: “What the high court has said is that, under Italian law, this was unlawfully exported. But it hasn’t ordered – because it wasn’t asked to do so – the painting back to Italy. So the painting is now sitting in the UK, as I understand it, in a storage facility. But it can’t really go anywhere. Who would buy it in their right mind, even if you’re a UK-based institution or individual?”

OMA wins approval for revised plans for £111.6 million flexible art space on site of the former Granada TV studios Dutch architectural firm OMA has had its revised plans for a new art space in Manchester accepted. Although its original plans for the space dubbed ‘The Factory’ were given the go ahead in January 2017, alterations were put forward last July, with Manchester City Council approving an increase in the scheme’s budget of £111.6 million. This was to help ‘improve the appearance of the façade and to deliver an appropriately scaled orchestra pit’.

The latest revisions include changes to the venue’s main theatre, with its exterior completely remodelled and capacity reduced from 1,600 to 1,520 seats. This will help increase the orchestra pit ‘from 60 musicians at 1.5m² per person to 80 musicians at 1.6m² per person’.

As Architecture Journal reports, Richard Leese, leader of Manchester City Council, said: “Culture and creativity have a critical role to play in Manchester’s future success – not just by inspiring ideas and imaginations but through creating opportunities and jobs. The Factory will help take this to a whole new level and open up a new chapter in Manchester’s history of innovation.”

He added that the space will help attract visitors to the area, commenting: “Not only will people no longer need to move to London for the best cultural and creative roles, it will give audiences from around the country and even the world another great reason to head here.”

OMA beat off competition from Zaha Hadid and Rafael Viñoly to win the arts centre contest back in 2015. The Factory is due to be completed in the first quarter of 2020, with an official launch set for September 2020.

Scottish Government announces £5m fund to help businesses affected by Glasgow School of Art fire Economy Secretary Derek Mackay has announced that Glasgow City Council will be given extra funding to distribute to businesses inside the cordoned off area and wider Sauchiehall Street who could demonstrate hardship as a result of the fire. It follows growing frustration from business owners and residents who have been prevented from entering the site whilst the building is dismantled.

Firms within the Glasgow School of Art and Victoria’s cordons will receive £20,000 of direct financial support, with the other businesses impacted eligible for £10,000.

Mackay commented: “The sheer scale and lasting effects of the fires on those involved are becoming clear and it is important that businesses are given financial support to help them through this very challenging time. This funding will also help minimise the impact on the economy of the city as everyone involved works to help businesses and residents return to their premises as quickly and safely as possible.”

Summerhall and Unite the union sign voluntary recognition agreement to give temporary Edinburgh Festival Fringe staff secure hours contracts The agreement results from research carried out by the Fringe Society showing that Fringe workers are some of the lowest paid and most insecure workers in Edinburgh.

The arts venue will offer hourly paid Fringe staff who are working full time minimum contracts of 30 hours per week. Bespoke minimum hours contracts for all staff will follow, along with breaks written into their contracts. Staff will also be given at least four-weeks notice of rotas and will be guaranteed 100% of tips.

Summerhall’s general manager Sam Gough said: “We are delighted to be recognised for the work we have done, and continue to do to make Summerhall a fair and safe workplace. So working with Unite is the next step in publicising and formalising our goal to ensure Summerhall is an excellent place to work – and recognising the skills our temporary staff bring by paying them well and ensuring hours are secure.”

Mary Alexander, Deputy Scottish Secretary Unite, added: “As a significant employer, festival venue and all year arts organisation, Summerhall’s support for Unite’s Fair Hospitality Charter marks an important step in our efforts to transform all workers’ rights at the Fringe and throughout the hospitality industry in Edinburgh.”

Explaining why the group was set up, Burnham said: “People often see the arts as a secondary sector that when money’s tight is the first to be cut. The cultural sector is incredibly valuable and not something to be underestimated. We know the economic benefit of culture, in attracting visitors and investors to our city region, but also in improving people’s health and wellbeing and sense of pride in our wonderful place.

He added that he wants to make Greater Manchester “the best place in the world for artists to create and live and for residents to participate in and enjoy internationally significant work.”