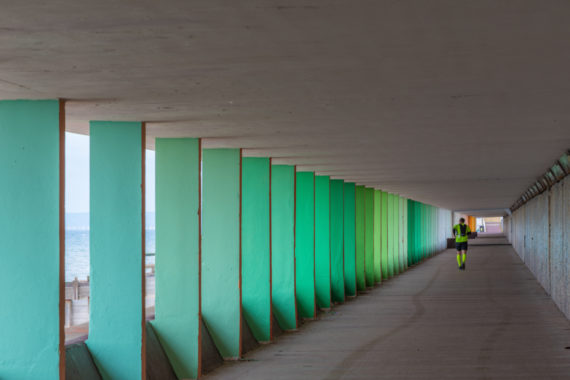 This year’s Coastal Currents programme is satisfyingly full, reflecting the ongoing growth, vitality and sheer weight of arts activity taking place in Hastings and St Leonards. It is largely visual arts based, along with a variety of performance works and an artists’ film programme. There are also a massive 118 Open Studios to visit on two festival weekends – which is surely not enough time to get around even half of them.

Elpida Hadzi-Vasileva heads the curated programme, with Reoccurring Undulation VI, an extract from her piece commissioned by the Towner Gallery in 2011. Hung in the very appropriate Shipwreck Museum, it is made out of 55 ‘salmon skin tiles’ (the original featured 960). Shiny and slightly creepy, they are multi-textured and intentionally decorative, making the startling transition from organic matter to the visual-sensual experience that is so characteristic of this artist’s work. 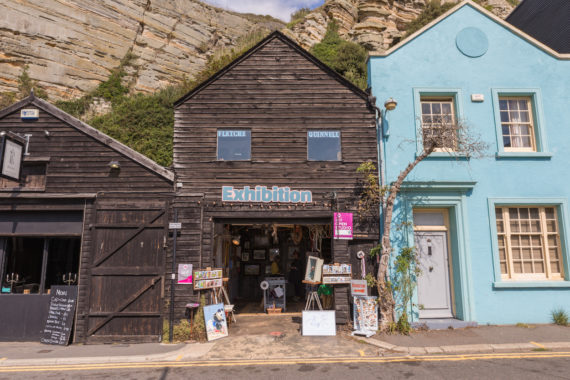 In what is described as a ‘visual experiment’, Zeroh (artists Daniel Hardiker and Neil Hetherington) take on the uncompromising concrete tunnel that is Bottle Alley. This half-mile long subterranean stretch of decaying concrete joins the Hastings and St Leonards seafront. It is apparently an engineering masterpiece (of the same school as the National Theatre) but decidedly out of its time now.

In their work Wavelength the artists have ‘colourised’ the many columns of the alley, using colour field theory to create a changing experience as visitors walk or cycle through it. Hastings is not known for the quality of its public realm art, and this piece would have benefited from higher production values, but it does markedly improve a deeply unglamorous space.

Coastal Currents has been given substantial funding from both Hastings Borough Council and Arts Council England, but is now independent of the local authority. Directed by Tina Morris of Sweet and Dandy, programming strands have been delegated to Mark French (film), Greig Burgoyne, Home Live Art, and Zeroh. This allows the festival to be more artist-led, enabling the programmers to make their own choices about how to fill the institutional gaps. 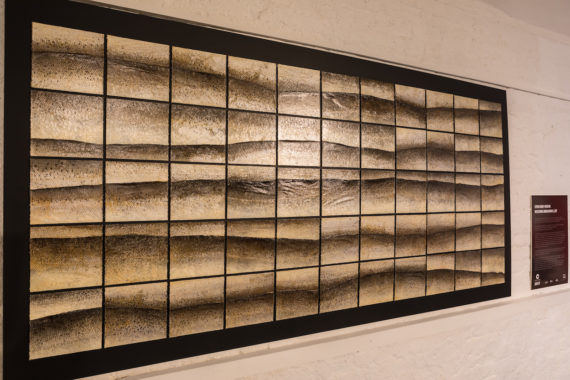 The festival includes three live-art performances – one a weekend – on top of the public toilets in Hastings’ Warrior Square. The first Sunday (3 September) saw Burgoyne performing Island Workout, which looked, according to the nearby cafe owner, “like someone going mad up there”.

Despite public indifference, it did manage to portray something about the desperation of isolation and obsession. A film of the work is showing in the window of the seafront British Heart Foundation shop; other artists’ films can be found in shops and restaurants around the town, along with film nights at the Electric Palace cinema (8 September) and Kino-Theatr (22 September).

Coastal Currents is designed to gather pace as the month progresses, with the programming deliberately ‘delaying’ the opening of some pieces. In a work that promises to be visually and aurally rich, Siren by Ray Lee is a ticketed event taking place on the 14-16 September, at the unique St Mary in the Castle venue. Billed as ‘a whirling, spinning spectacle of mechanical movement, electronic sound and light’ and ‘featuring a forest of large metal tripods’ and oscillating sound, it also involves silent performers. 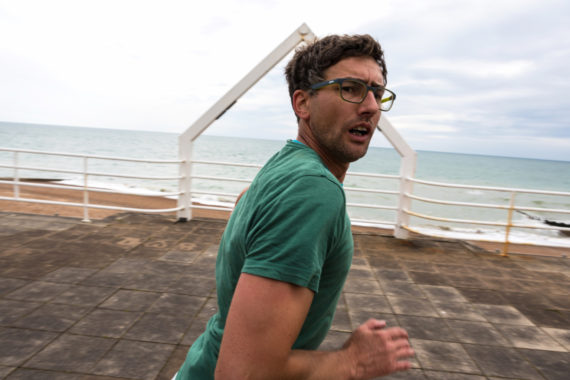 In a special festival commission, Guy Bigland has created a work in three instalments. The Written Word is printed on the pages of the Hastings Independent newspaper, a fortnightly activist-written and genuinely local newspaper. The first part was published on 1 September, with the second and third to be published in the next two editions.

Consisting of simple repetitive phrases, the first instalment can be read as a philosophy of art practise, or indeed, an underpinning statement about any focused pursuit of human knowledge. Visually, it is precisely designed, working on a satisfyingly abstract white-on-black formalist basis.

Hastings is a town with a strong visual arts community but a weak visual arts infrastructure, and limited professional paid opportunities for artists. Coastal Currents in 2017 successfully showcases a range of work undertaken here, while also bringing other artists into the mix.

Taking place at the end of the holiday season, it is one of its strengths that Coastal Currents is not primarily made for tourists (as so many festivals are) but for residents and the area’s many artist communities. As such, in 2017 there is a real integrity to the event, along with a sense that the sector is starting to have a mature conversation with the town, its residents, and with each other as a peer group. 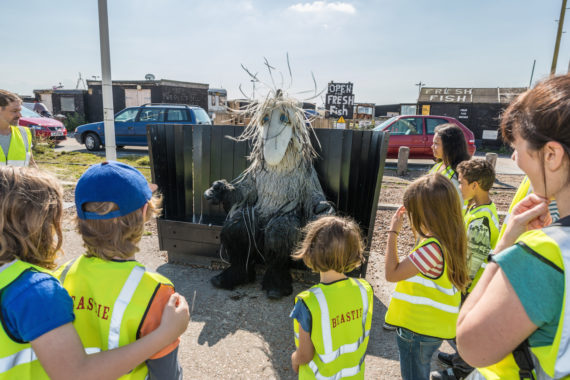