Corners project: 55 artists to turn Europe inside out - a-n The Artists Information Company 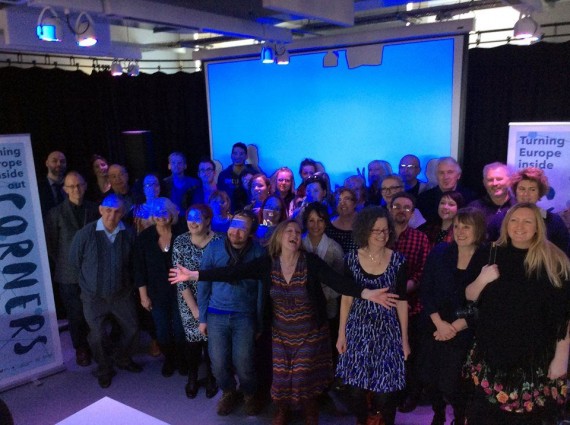 Newcastle-based media and residency organisation ISIS Arts have launched Corners, a major three-year exchange project that focuses on the ‘corners of Europe’. Twelve new commissions will be developed by 55 artists from 11 different countries who have been brought together from across the continent.

The artists and producers involved in Corners will undertake Corners Xpeditions to the chosen regions to discover the cultures, communities and landscape, prior to undertaking further residencies where the commissioned projects take shape. In the UK, ISIS is collaborating with project hosts mima in Middlesbrough and bait in south east Northumberland.

“The artists are telling stories that are not only meaningful, but that really do connect countries as well as people. We are all so similar,” said Clymene Christoforou, ISIS Arts founder and co-director.

“As Europeans we have a lot in common; our ideas, beliefs and motivations. Yet much of our understanding of each other and Europe’s major cities is based upon messaging shaped by the tourism industry and our own often time-limited journeys. The work of these 55 artists can help all of us to more easily understand and appreciate what is really happening in the corners of Europe that we don’t see.”

Alistair Hudson, director of mima, said: “Corners is a really important project that connects mima and Middlesbrough to places and people around Europe that face similar issues to the ecology, and in a time of dramatically shifting regional and national politics.”

The artists are collaborating on a number of projects in small clusters. Some have already begun their work in other countries and will continue to develop the projects in the UK, while several are just starting and will take their initial inspiration from the North East of England.

The project’s first UK expedition will visit the North East in less than two weeks. Thirty artists and producers from around Europe will come together and spend two weeks travelling around the area.

Newcastle-based Lalya Gaye will be continuing her collaboration with Saadia Hussain (Sweden/Pakistan) and Ixone Ormaetxe (Spain) on the project, Oh My Home! The artists seek to explore, reflect on and redefine the meaning of the word ‘home’ as an experienced, contested and negotiated space that is central to many tensions across Europe.

UK-based artist Simon Farid is collaborating on a new project, Games, with Miha Horvat (Slovenia), Gianfranco Mirizzi (Italy) and Riccardo Spagnulo (Italy). They hope to playfully encounter and engage with the public and locations in the North East to explore how people inhabit their public spaces.

Other projects include In Between, a collaboration between four visiting artists and local residents from a housing estate. This living installation uses lighting and objects to ‘turn the house inside out’.

The artworks co-produced during the Corners project will tour Europe and be presented in the UK in the summer of 2016 and again in 2017.
www.cornersofeurope.org