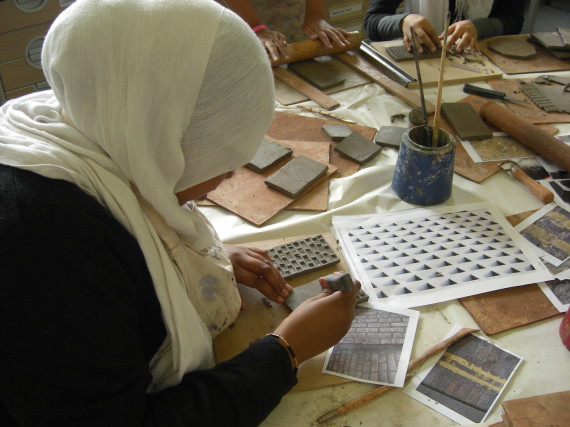 The rapid decline of arts subjects and corresponding growth of the core English Baccalaureate (EBacc) subjects in schools has continued into 2017. Detailed analysis of government figures reveals that entries into GCSE arts subjects fell by a further 46,000 last year.

This constitutes a 9% drop over the past 12 months, and is consistent with a collapse in take-up across all non-EBacc subjects, which have fallen by 148,000 entries (11%).

This analysis supports widely held fears, including among teachers, that the EBacc is squeezing the arts out of schools. It also substantiates evidence gathered from a stream of earlier research, and consolidates the view that that evidence to the contrary is limited or misleading.

The declines come despite a 165,000 increase in the total number of GCSE exam entries – now over 5 million – and an additional 314,000 entries into GCSEs in EBacc subjects.

“These new figures published [last week] confirm that the EBacc is having a devastating effect on the uptake of creative subjects at GCSE and A Level,” a spokesperson from the cross-sector campaign Bacc for the Future said.

“This evidence, on top of research published by the University of Sussex identifying the negative impact the EBacc is specifically having on the provision of and uptake of music in schools, needs urgent attention from the government.

“The secretary of state must listen to the evidence and the teachers on the front line and scrap the EBacc in its current form before any more damage is done.”

The figures, produced by exams regulator Ofqual and based on registrations for summer 2017 exams, cover all subjects studied at GCSE, AS Level and A Level. Following the same methodology used last year that classes arts subjects as including Arts and Design subjects, Design & Technology, Drama, Media / Film / TV Studies, Music, and Performing / Expressive Arts, analysis shows that GCSE exam entries in these subjects have fallen by 100,000 since 2014.

Entries in every arts subject area have fallen by at least 3,000 since last year, and three subjects – Drama; Media, Film and TV Studies; and Art and Design subjects – each decreased by over 6,000 entries.

In absolute terms, Design and Technology has once again been hit the hardest, falling by just under 19,000 entries since 2016 – an 11% decrease, which is almost identical to the change between 2015 and 2016.

English Language and English Literature increased at the fastest rate, by 241,000 and 179,000 respectively, although the data includes qualifying notes that there are some retake students on legacy English GCSE specifications.

While Geography increased by 3,700 entries, and Maths increased by 7,000 entries, some EBacc subjects witnessed a decline. Entries to all languages were down, with French declining by 13,400; German dropping 6,000 entries; and Spanish falling by 2,600. Science as a single GCSE was also affected, falling by 100,000 entries.

The decline in take-up of arts at GCSE has spilled over into examinations post-16, with AS and A levels in these subjects falling by a combined 45,000 since 2016.

Entries at A level – the culmination of a two-year sixth form programme – fell by only 2,000, but given that AS level entries progress into A levels, this figure is likely to rise dramatically next year.

The government has long defended its position on the exclusion of creative subjects from the English Baccalaureate and believes this will have no impact on the creative economy.

In 2013, then secretary of state for education Liz Truss told parliament that the EBacc: “…leaves space for pupils to study creative subjects alongside a strong academic core. We believe good school leaders will continue to make time for artistic and cultural education.

“We have no reason to believe there will be an impact on the contribution of creative industries to the economy… We will continue to monitor take up of creative subjects at Key Stage 4.”

A House of Commons briefing paper on the EBacc was published earlier this month, summarising the current status of the EBacc and including some of the evidence put forward to counter Truss’s assertion.

In the wake of the general election results, it is unclear whether The Conservative Party’s pledge for 90% of pupils to study the EBacc, which was mentioned in its election manifesto, remains official policy. No additional legislation is required for this to be implemented.

A public consultation on this closed in January 2016 and findings were due to be published by spring 2016. More than a year later, no details have been released – a delay that the Department for Education attributes to the high number of responses the department received.