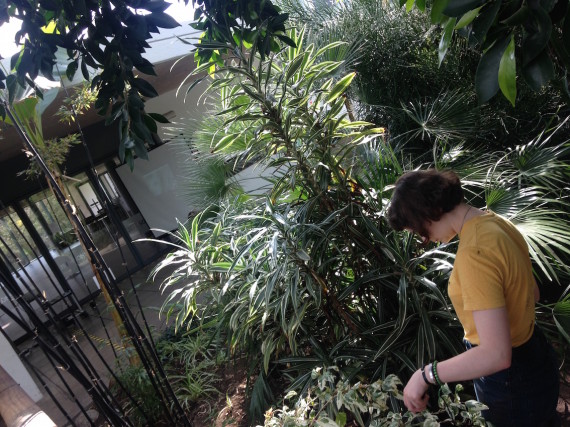 There are more networked devices talking to one another than there are people living on the planet. This global system of sensors, software and connectivity embedded in our homes, workplaces, streets and pockets – dubbed the Internet of Things – is expected to reach 50 billion operational networked devices by 2020. At this moment, then, there is a clear need for research into the possibilities for and the impact of digital on the production, distribution and interpretation of art, and of art objects in particular.

Looking to do just this is the newly launched Office for Art, Design and Technology, an amorphous two-year programme of residencies, events, exhibitions and professional development. Working outwards from a physical base in Coventry in partnership with artists and organisations in the UK and internationally, the initiative is steered by Ryan Hughes. His aim is to provide emerging and more established artists who are invested in digital with opportunities for support and exposure.

Hughes, an artist and curator based in Birmingham, also hopes to broaden audience engagement with digitally-oriented practices.   “The office seems to me to be the contemporary space of production rather than a gallery or a studio,” he explains. “The office is also a space that seems to be corporate and this is a way to talk about digital practices and to engage new audiences with them. I think that it is a model that people can relate to.” 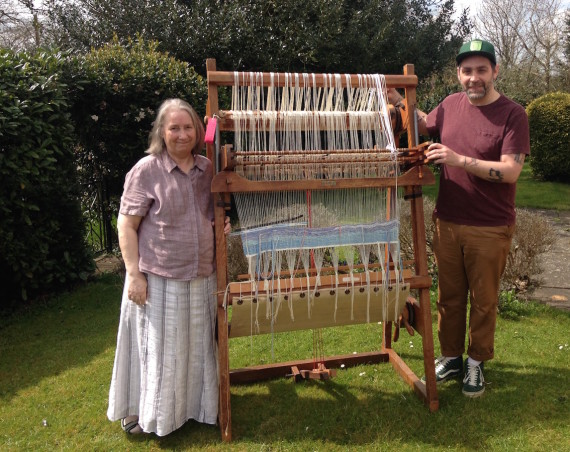 A core part of this networked office are formally-structured residencies. Hughes hopes to give artists sufficient time, space and materials to make leaps within their practice, and this strand of activity includes a six-month residency from London-based Stewart Easton. Best known for his work in narrative-oriented illustration and digitally interactive embroidery, Easton is using the residency to frame a new learning and research inquiry titled Offset Weaving.

The process will explore how offset printing techniques from the 1960s and 1970s might be used graphically, with this somewhat private process publically disseminated via multiple social media platforms. Easton plans to produce a woven tapestry combining analogue and digital processes which will be exhibited at the end of the research.

Over the next two years, five other artists at the very start of their career (including two current students) from Belfast, London and the West Midlands – Zan Dani, Imogen Frost, Harry Leek, Tony McClure and Emily Roderick – will embark on a series of mentoring, studio visits and exhibitions. Intensive periods of residency including a camping trip in Snowden and a week boating on the Norfolk Broads will offer these artists a chance to work with unusual sites, some of which appear to be digitally remote.

“I want to really push the artists’ practices, to challenge them to work in new ways and within spaces very different from the gallery,” says Hughes. “Artists’ practices don’t necessarily easily slip into different kinds of spaces. The five emerging artists will have to be totally responsive to site.”

Post-Modern Plant Life 2 is the first of the project’s public events. A five-day residency lab at The Glasshouse – a subtropical botanical house in Jephson Gardens in Leamington Spa – produced an exhibition of new site-specific works, including some made by Hughes himself, working both as artist and curator on this occasion.

The exhibition questions how digital technologies might be reconciled with the natural or seemingly natural environment, and with the art object. Sound pieces by Zan Dani have been hung within trees and embedded within plants, while Tony McClure has created semi-transparent cast wax forms lit with networked lighting. 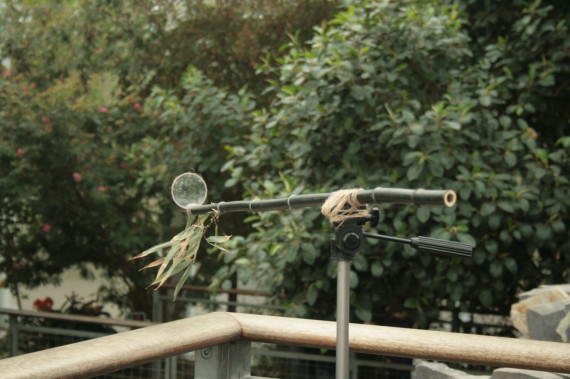 Some of the exhibition’s most interesting work comes from investigations into the archival and museological aspects of The Glasshouse, and how its specimens might be preserved, extended or reframed through the possibilities of the digital.

Imogen Frost’s Plant Museum (2016) is a series of specimen photograms shown together with sound produced digitally from physical interaction with the plants. Her works form a new archive for the space using very traditional making processes alongside more contemporary methods of material inquiry.

The video work Blue Colorado Spruce (Digital) (2016) by Emily Roderick reimagines and reinstalls a former specimen to The Glasshouse, presenting a miniature tree via a digital representation of it on a tablet. Her live-feed USB microscope performance brings botanical scrutiny to a new level.

Harry Leek’s projected digital collages echo similar themes, digitally inserting playfully imagined interventions into The Glasshouse. All three artists grapple with the role of the digital in the collection, display and viewing of cultural artefacts, perhaps revealing a portentous vision for the future of their display.

Hughes has appointed experienced artist-mentors Emily Warner and Michael Lightborne for the duration of the project, who, along with Glasgow-based artist and writer Jake Watts, will help him in supporting the five emerging artists on the professional development strand of the programme.

Frost, who graduated from Birmingham City University in 2015 with a BA Visual Communication, and Roderick, a first-year student studying BA Fine Art at Central St Martins, have highlighted the advice of these very different mentors as being crucial to the ideas and artworks developing.

Roderick notes: “We haven’t collaborated together as a cohort yet but it feels quite natural that we might do that in the future. I can see a lot of lovely links between our works and we’re all at different points in our early careers, so we’re able to learn a lot from one another.”

Collaborations are, then, at the heart of the Office for Art, Design and Technology. It benefits from partnerships cultivated with, among others, Angelika Studios in High Wycombe, Warwickshire College School of Arts, various local authorities, and from Coventry Artspace, where the physical ‘office’ is located.

Short-term exhibitions and events are also planned in conjunction with Mac Birmingham and MK Gallery in Milton Keynes. Working nomadically is a practical tool for the project’s wider distribution. Hughes explains: “Making, presenting and discussing digital practices in different locations increases the audience for the activities and introduces the professional development cohort to a model of working which is essential today.” 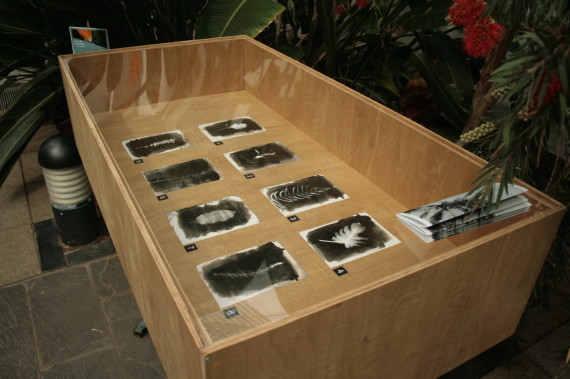 A sense of the project’s geographical scale is appearing too. Hughes plans to screen work from the internationally renowned Radical Software Group, a shifting ensemble of artistic and programming practitioners who have exhibited extensively across the US but not shown in the UK for more than 20 years.

The digital network is a useful model for thinking about the activities of the Office of Art, Design and Technology. Though it is so far in its very early stages, its potential reach is wide and its possible connectivity hugely valuable – Hughes speaks of the idea of fair exchange being central.

“There will be opportunities for development at every event,” he says. “I really want the network of projects and partners I’ve been building to be beneficial for everyone involved. I want it to be impactful.”