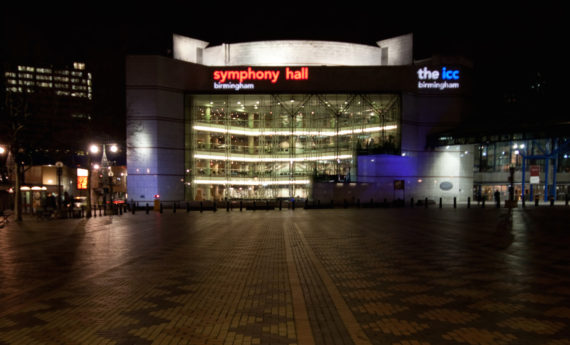 Experts say government should launch campaign highlighting the arts’ impact on health Committee inquiry by the Department for Digital, Culture, Media and Sport has been told engagement with the arts should be encouraged in the same way taking exercise and eating fruit and vegetables is.

Dr Daisy Fancourt, of University College London, told the inquiry: “I do not think people recognise that these activities are inherently good for their health. We have a need for some really strong public health messaging campaigns that will raise public awareness about arts and health.”

MPs were also urged to offer longer-term funding of arts and health programmes and be ‘braver about supporting these activities, even if parts of the media attack them’.

The inquiry, which began earlier this year, aims to assess how participation in culture and sport could help address challenges in the areas of education, crime, community engagement and diversity, health and social mobility.

Birmingham City Council tells arts organisations to prepare for further 30% cut The potential cut comes less than a year after the council promised to maintain funding at its current level until 2020. It would be the third major cut to their council funding in four years.

The proposed cut would total just under £1m across the council’s entire arts portfolio, following a combined £1.7m reduction in 2017 (34%), and a 25% cut the year before. Visual arts venues within the portfolio include Barber Institute of Fine Arts, Birmingham Museum and Art Gallery, Ikon Gallery and mac Birmingham.

Despite the council claiming nothing had been decided, the City of Birmingham Symphony Orchestra and Town Hall Symphony Hall told Arts Professional that they had been advised to consider a reduction in funds.

Anita Bhalla, chair of Performances Birmingham, which runs the Town Hall and Symphony Hall venues, said: “We need longer-term funding to ensure stability. However big or small you are, you can’t have a business plan that jumps from one year to the next.”

Longer-term loan recipients will be rewarded with lower interest rates if they can demonstrate they are achieving their goals. The fund will offer interest rates of between 5.5% and 8.5% over periods of up to five years, running up until 2026.

It will be managed by Nesta, with funding coming from Access, the Foundation for Social Investment, using money from the Big Lottery Fund and Big Society Capital.

In a statement, Nesta said: “We’re well aware of the challenges around this – not least in terms of picking suitable, measurable goals and the ethical questions some may have around financially incentivising social impact – so we’re keen to learn about how this will work in practice.”

Video suggests Banksy originally planned to shred entire Girl With Balloon artwork A video posted on Banksy’s website seems to imply that the partial shredding of one of his works moments after it was sold at a Sotheby’s auction in London was actually meant to have been complete.

A caption at the end of the video states: “In rehearsals it worked every time…” as it shows the piece going the whole way through the shredding machine.

Following the action, the auction house confirmed that the winning bidder had decided to still buy the work at the agreed price. It has now been renamed Love Is in the Bin.

In a statement sent to the New York Times, the Brooklyn Museum said: “In light of recent events and in harmony with the international community’s concerns” that it no longer plans to use Saudi money for its exhibition ‘Syria, Then and Now: Stories from Refugees a Century Apart'”.

Daniel H. Weiss, the Met’s president and chief executive officer, also told the New York Times that the museum accepted less than $20,000 from Saudi Arabia for a scholarly seminar that it will now fund itself.

A number of New York-based cultural institutions – including the Solomon R. Guggenheim Museum, the Museum of Modern Art, and Pioneer Works – are currently participating in a year-long Arab Art Initiative. MoMA continued with its intended programming, hosting a conversation with the Kuwaiti artist Monira al Qadiri. However, this was not financially backed by Saudi funds.