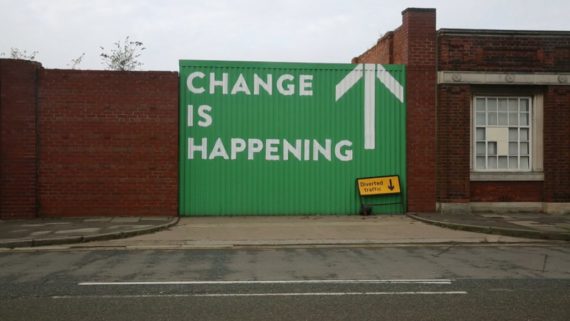 Artists and creatives from around the country come together in Sheffield in early November for a two-day event that will explore what it means to make art through social engagement.

The Social Art Summit takes place at Site Gallery and various other venues across the city, including S1 Artspace, Theatre Deli and Bloc Projects, 1-2 November 2018.

There will also be the launch of ‘We are Here’ at Bloc Projects, which showcases works by artists in Sheffield with physical and learning disabilities, plus a talk by Kevin Caplicki, the co-founder of the Brooklyn-based activist archive Interference Archive.

The event has been organised by the Social Art Network, which was originally set up by artist and filmmaker Eelyn Lee and artist RM Sánchez-Camus. Their aim is to expand on the dialogue from the summit over the next two years, leading to the first ever Social Art Biennale in 2020.

Explaining the need for such an event, Sanchez-Camus comments: “There is nothing else out there like it. The political urgency of socially engaged practice is, at its core, not a creative practice that exists to create a commodity that might then have value. That is the big difference between this kind of practice. It is process-based work with communities that is not about producing an object that is for sale.”

He says the summit and biennale will offer a platform for artists whose work may otherwise go unnoticed. “There’s so many artists doing amazing work around social engagement and we don’t even know about them. The topics of discussion at the summit are politically and socially big and bold, and it could armour a lot of invisible work that is out there. It’s about developing a whole language of how we appreciate art and what we value, which is quite a radical approach.”

Sanchez-Camus hopes that this will enhance the level of critical discourse, in terms of the visual arts, in the UK. “At the moment most of it comes from abroad. We want to create our own thinking around what it is we are doing with this work. There are a number of questions we want to explore, such as: why we are doing it, what does it mean, what are the successes and what are the failures, and what are the ethical implications, and what is the long-term vision?”

Part of this process will involve the launch of a new publication at the summit, entitled Social Works. “It is a journal resulting from an open call by one of our partners, Axisweb, and features writers who are interested in socially engaged practice. Some of the artists who are in it will be part of the discussion groups at the event.”

In order to develop the biennale, the Social Art Network will be working with a number of partners. “We are working with some fantastic organisations, such as Peckham Platform in South London and Artquest, who originally put the call out for the peer forum. We are also working with a-n, Bloc Projects, YVAN, Up Projects, S1 Artspace, Yorkshire Artspace, University of Highlands and Islands, Middlesex University and Sheffield Hallam University.”

Artists who are part of the network have worked on a voluntary basis for a number of years. However, the group recently received a project grant from Arts Council England to realise the summit, and are in discussions with additional organisations regarding support with the biennale. Sánchez-Camus is optimistic about that the future holds, saying: “I have no doubt that the dream will come true.”