Assembly Dundee: "We’re collaborating, and it works – there is a precious dynamic that is important for us" - a-n The Artists Information Company 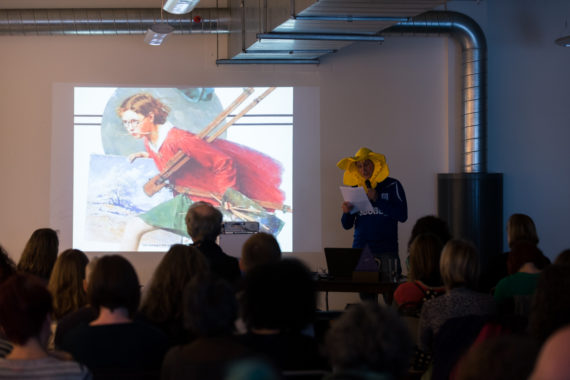 As I take my seat for the northernmost instalment yet of a-n’s Assembly series of artist-led events, I overhear someone talking about their journey to Dundee: “It’s quicker to get to New York!” While this may ring true for many attendees, it’s a comment that also brings to the fore how situated and relative any discussion surrounding creative ‘outposts’ truly is.

Many have come a long way for today’s discussions, both physically and philosophically. Indeed Dundee itself has recently gained its very own offshoot of the South Kensington based V&A. But what does such an arrival mean for grass-roots initiatives, collectives and start-ups that act as alchemical holding mechanisms for locals and incomers alike? Perhaps one person’s outpost is another person’s backwater.

I’ve lived in seven different places over the last 14 years, from the largest city in the south west of Devon to the middle of Scotland, via Hull, Liverpool, Leamington Spa and now the Cairngorms National Park.

In my current rural location the internet provides my closest dynamic ‘frontier’ in terms of contemporary practice, followed by Inverness Museum and Art Gallery (a mere two hours 42 minutes round-trip). For this reason alone I’m particularly interested in an event designed to explore the challenges and advantages of physical outposts in terms of a sustained artist-led practice. In this respect, the battle is real and I’m living it. 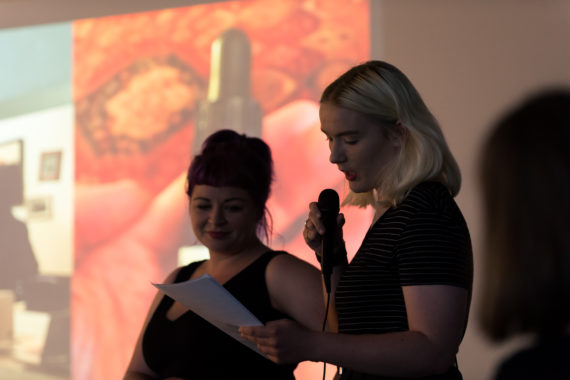 Joanna Helfer, co-funder of Dundee arts collective Tin Roof and programmer for this latest incarnation of Assembly, opens the discussion from a critically placed perspective: “Over the last 13 and half years I’ve seen the city [Dundee] undergo enormous change and because of that I’m interested in the rhetoric concerning cultural and institutional development. I’m also interested in the potential of alternative frameworks in terms of maintaining creative communities that don’t conform to pre-existing structures, whilst acknowledging that informal groups often do the most important work within a city.”

As a recent artist in residence at Alice Yard in Trinidad and Tobago it’s clear her words, and programming, are peppered with a sense of resilience and autonomy in the face of gentrification. She speaks of “criticality and community” as well as “spaces beyond” the mainstream, while reminding us all: “Adversity and lack of infrastructural support can be overcome by relationships.”

This sets the tone for many of the discussions that follow. These include publicly-aired case studies deftly shared by members of the city’s own Dundee Print Collective, Dundee Ceramics Workshop and Generator Projects, as well as Tendency Towards (Aberdeen), The Royal Standard (Liverpool), Spit and Sawdust (Cardiff) and Jamboree (Plymouth). There are also contributions by artists such as Sekai Machache and curator Alissa Kleist. Equally resonant are dialogues shared over lunch, coffee and flapjack which exemplify the day’s intention as a space to, in the words of a-n’s Hannah Pierce, “participate, ask questions and network with people”. 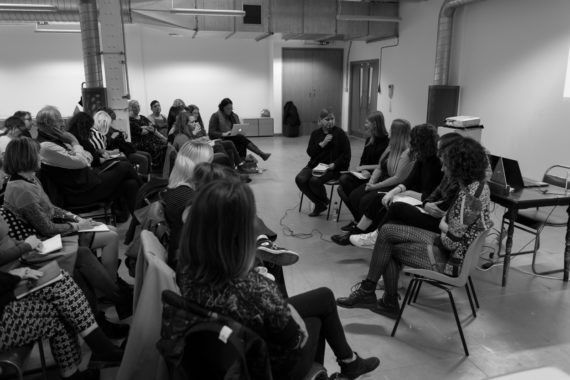 The inherent complexity of “relationships, self-organisation and grassroots autonomous activity” is highlighted by Cardiff-based artist Thomas Goddard, who, somewhat comedically for someone offering a Welsh perspective, dons a daffodil headdress as he lists the following challenges: “Poor organisational structures, no regular and meaningful evaluation systems, no available space, burnout amongst key individuals, the need for a shared honesty regarding vision/ decisions/ accomplishments, bad blood (in the form of cliques and fashion-following), the fact that for today’s contemporary artists it can seem like one application after another, feeding the cycle of competition with strains on health and wellbeing.”

All that said, he finishes with: “Artist-run spaces are the support network we all need.”

Hari Macmillan, current chairperson at Generator Projects, adds to this by sharing the reflections of former directors and board members: “Artist-run spaces teach you about ambition, priorities, responsibilities and advocacy; they offer a space for continued peer learning, as well as feeling tired and poor all the time. The Greeks called it learning through suffering, realising there was, maybe, never a point where everything seemed sustainable. It’s nothing if not varied or testing – most of your time is spent on the phone to the council or sweeping the yard.”

Macmillan continues by adding that being in Dundee means that you are largely ignored by the London art world: “Artistic Freedom at its most inconsequential. After all, Dundee is the Galapagos of the art world!”

These closing remarks echo my opening sentiments regarding relativity, or more specifically centrality. It’s partly the city’s changing relationship to the financial and creative pull of the densely populated ‘central belt’ of Scotland – specifically Edinburgh and Glasgow – and also London, that makes Dundee the latest ‘hot spot’ outpost. This in turn brings complexity in the form of gentrification but also international focus and hopefully finance. 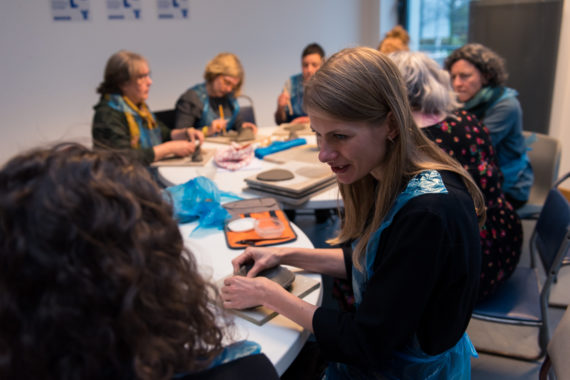 Whether geographical or institutional, major centres will always live in parallel to alternative realities; one feeds the other, through default or design. The outpost exists because of its relationship with or rejection of the potentially dominant structure(s) that surround it. From biennial to fringe, the complexities of such relationships are perhaps best described by Belfast-based curator Alissa Kleist who, in speaking about her city, notes: ‘It’s suffering a series of annual cuts, year-on-year; within that space it’s more difficult to take risks. It’s also a city that now finds itself on the periphery, especially in terms of Brexit. We really don’t know what next year will hold.”

And as the co-founder and co-director of Household continues: “We’re collaborating, and it works – there is a precious dynamic that is important for us. All the time we are brought back to working together, collaborating with other partners as well as hundreds of artists over the years.

“If you think about the necessary ingredients of collaboration then everybody you work with is equal and it’s often about finding the right funder who can understand that. We also think beyond the visual arts – one of our key partners is a housing association right now. It helps us all think about space and place in a new way, so it’s not just a network of visual arts-focused partners.”

When the presentations end I raise a somewhat wider point. Whilst being stimulated and galvanised by the resilience, honesty and differentiation represented by the speakers, I cannot help but say that the event has been framed through an urban lens not wholly representative of the unique situation in Scotland. 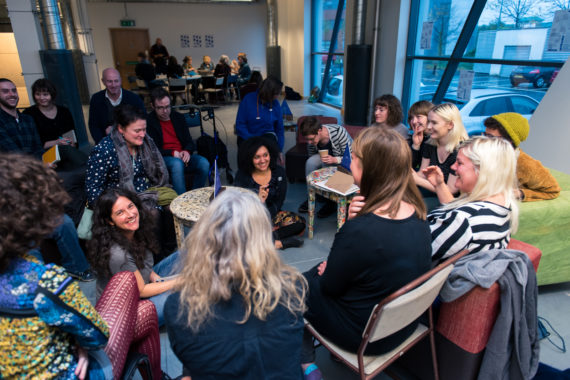 As the Creative Scotland Visual Arts Sector Review describes: ‘Working beyond the cities can present specific challenges for the sector, including: higher costs of transport, travel and accommodation; fewer spaces for making and showing work; more complex logistics and planning; smaller, more dispersed populations and changing demographics; no ‘ready- made’ audiences for art and limited exposure to new work.

‘However, it can also offer significant opportunities: to connect with communities and audiences in new and different ways; to transform the way people think about and engage with art; to create encounters with art beyond the conventions of the gallery; to develop new work informed by the local and reflecting the global.’

As someone living in a location with one neighbour and thousands of trees for company I longed to hear from a creative outpost like Deveron Projects in Huntly, Aberdeenshire or maybe Skye-based Atlas Arts, alongside case studies from artists who are flourishing by developing extended networks that are situated within rural and dispersed settings as well as cities. This ultimately could have emboldened the conversation by representing some of the one million-plus people who live in rural Scotland.

Assembly Dundee took place on Friday 12 October 2018. The next event in the series is Assembly Cardiff on Thursday 8 November 2018