Lords debate on Brexit and the arts: "Why are we doing this to ourselves? We do not have to go through this madness" - a-n The Artists Information Company 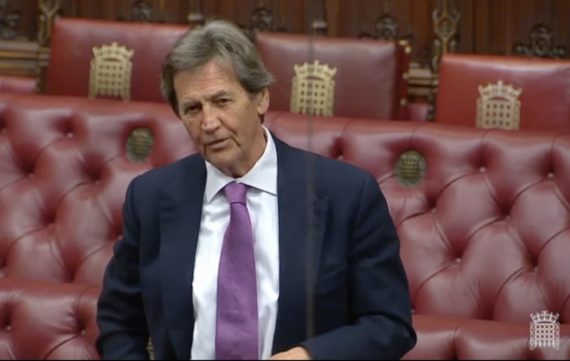 A debate on the impact of Brexit on the arts has taken place at the House of Lords, with various members voicing their concern over issues such as freedom of movement, copyright law and whether Brexit should be taking place based on the results of a single referendum.

Labour Peer Melvyn Bragg, who convened the debate, commented on the issue of freedom of movement for creatives once Brexit has been implemented, pointing out that connections are essential in the global creative world. Using the example of orchestras, he said: “Post Brexit there will be no guarantee of free movement across Europe. In 2016 our orchestras made 96 visits to 26 different EU countries – impossible to imagine post Brexit.”

Bragg referenced quotes by Horace Trubridge of the Musicians’ Union, who said: “If every musician has to get a visa and carnet for every country they visit, it would make any work in Europe impossible to schedule. My members are already moving to Europe because they worry about their future work.”

Baroness Hooper (Conservative) concurred, saying that a multi-country, multi-entry, short-term ‘touring visa’ for UK citizens, and a reciprocal commitment for EU citizens, could support touring when freedom of movement ends after Brexit.

Hooper commented: “Short-term touring is essential to the business model of many self-employed artists, and the EU 27 countries are their principal destinations. This system would ideally be a quick, easy and either no-cost or low-cost, long-duration, multiple-entry arrangement for creative and cultural workers in particular.”

However, Lord Liddle (Labour) pointed out that a number of people working in the arts would not qualify for such a visa structure due to their low earnings. “When you are young in the creative sector, you are not earning over £30,000 per year. You are probably not earning £20,000 per year. Yet you need that ability to accept the job opportunity that comes up in Lyon at two days’ notice.”

Baroness Bonham-Carter (Liberal Democrat) echoed these sentiments, saying: “Why has the prime minister announced the abolition of Article 45, which grants freedom of movement to EU citizens? She has said vociferously that she wants to bring in a new immigration system that ends freedom of movement once and for all.”

She pointed out that creative skills do not necessarily fit with the traditional qualifications that the Home Office uses to evaluate visa applications. “Many creative jobs are for freelancers in SMEs, which do not have the resources and back-up of big businesses, which will be competing with them for visas.”

Lord Berkeley of Knighton (cross bench) touched on the importance of movement to arts education. Referencing Jonathan Freeman-Attwood, the principal of the Royal Academy of Music, Knighton said: “It is vital that he can attract an international range of collaborators. For example, one teacher comes from Paris every week for two or three days, and there are cultural exchange programmes for students and teachers with Vienna, Freiburg and Berlin.

“The UK offers considerable value for money to students whose input, both financial and creative, is part of the lifeblood of the institution.”

Lord Bilimoria (cross bench), who is chancellor of the University of Birmingham, said: “Some 130,000 EU students come here and are allowed the loans and domestic fees that our students are allowed and are allowed to work freely after they graduate, which non-EU students are not allowed. What will happen to those 130,000, particularly in the creative industries, who are such a wonderful pipeline to increase our competitiveness?”

A number of speakers, including Bragg, Liddle and Bonham-Carter, questioned whether Brexit should be happening at all, with Bragg commenting: “To surrender these gains on the basis of a single referendum and condemn especially the younger people in this country to leave Britain or to restrict their imagination beggars belief.”

Bonham-Carter added: “The British people deserve a final say when and if a final deal emerges. We are a democracy. Our governments call elections to test the will of the people but now we need a people’s vote on Brexit. It is the people, not the politicians, who deserve the final say.”

Bilimoria summed up these feelings by saying: “Why are we doing this to ourselves? We do not have to go through this madness.”

Read a transcript of the full debate here.