It is the constant toing and froing of the Newhaven–Dieppe ferry that is both the linchpin and the original inspiration for the artist-led diep~haven project. The ferry’s unvarying return movement between the two under-recognised towns binds them together in a cross-border relationship. Recognising this symbolism, French artist-curator Alice Schyler Mallet began the diep-haven project in 2014, with all works situated on the ferry.

“Newhaven is the natural connection from Dieppe, where I had already been working for a number of years,” says Mallet. “Both towns are looked down on from Paris or London, and even Brighton. I wanted to put a new light on them.”

Taking themes that reflect on the cultural capital of each town, as well as the impact of wider geopolitics, the diep-haven festival provides residency, exhibition, mentoring and performance opportunities for artists from both sides of the Channel, and still sites work on the ferry itself. In 2018, from July ferry travellers will be treated to The Floating Garden, an installation of botanical photographs and drawings by artist Clemence Lebouvier which will invite participation from passengers. 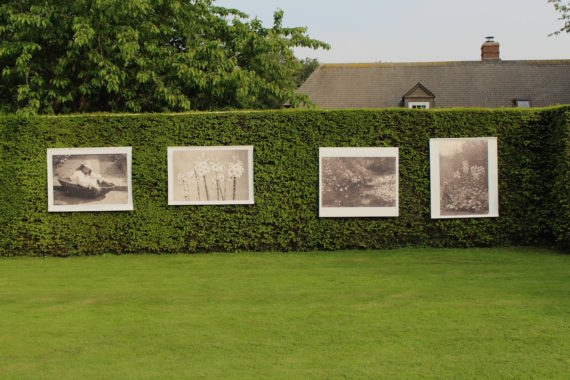 This is only one of the elements that make-up ‘Terra-Firma’, the title and theme for the 2018 festival. Spreading beyond the title towns into East Sussex on the UK side and nearby Normandy towns in France, there are several site-responsive new commissions exploring human interactions with nature and land.

Mallet, working with co-curator Rosie Hermon (whose day job is with the Nine Elms arts team in London), have put together a sprawling programme with multiple partners. The festival includes projects with community groups such as the Newhaven Growing Together Community Garden, and the Whitehawk Community Food Project; performance art; and new object-based exhibitions developed after residencies at Great Dixter and Sheffield Park in East Sussex, and Mallet’s old family home, Bois de Moutiers, six miles outside Dieppe.

The first newly-commissioned works opened to the public on 9 June in and near Dieppe, with another six strands opening in the coming months, including collaborations with the Onca and Phoenix galleries in Brighton, and Brighton Photo Fringe in the autumn.

At Chateau-Musee de Dieppe, part medieval castle and part very grand house, there are five new works. Four are from students at the Le Havre-Rouen School of Fine Art, and Mallet herself exhibits here, having made an installation in the oldest bell-tower consisting of hanging scallop shells (referencing Dieppe’s fishing economy) arranged in the ghostly shape of a planned castle dome that was never built.

As an artist-led cross-border project, diep-haven has a distinctive form that doesn’t fit into established project genres. What is the future of projects such as this, post-Brexit? Hermon is philosophical. “This is a festival that can sustain itself because it’s not reliant on EU funding,” she says. “Visas may get harder, but we have relationships with many cultural partners, and actually, its DFDS [the ferry operator] who is one of our biggest sponsors.”

Mallet is also optimistic. “We’re already planning for 2019, working with Rosie, taking the theme ‘Borders and War’. We are all scared but I think as artists and curators we have to fight against this. It’s not just Britain, it is the whole of Europe which is turning inwards.” 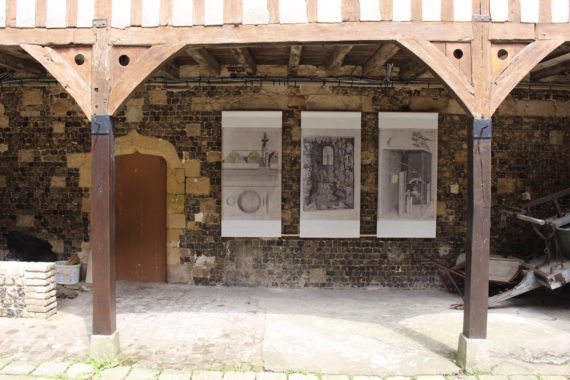 Chief curator of the Chateau-Musee, Pierre Iskowicz, shares this outlook. “We’ve done several projects with England. Brexit won’t stop cooperation with our English colleagues but it will make it harder to get funding both in France and England. The very next day after the referendum vote we opened a major exhibition here of Walter Sickert, which had lots of loans from the UK – we were all reeling. The intention is still there. Maybe there will be some resistance from England?”

But perhaps it is the younger artists without an organisation behind them that will be affected most. Agathe Schneider, a third-year BA student who has created Threshold at the musee, recognises the importance of travel “to learn about new cultures, other ways that you can work. I had a friend who wanted to do Erasmus in England but couldn’t because it was too difficult. It was already getting difficult and now it is more so”.

Projects such as diep-haven could form small pockets of civil resistance, functioning not just to present a more uplifting grassroots narrative, but to continue to state and restate the benefits of international cultural exchange. “When you go abroad you make a physical contact with a place,” says London-based Iranian artist Dr Azadeh Fatehrad, one of three artists exhibiting in ‘The Woven Garden’ exhibition at Bois de Moutiers, an Edwin Lutyens-designed manor house set in 24 acres of garden designed with the famous Gertrude Jekyll. “An artistic career cannot be developed without international collaborations.” 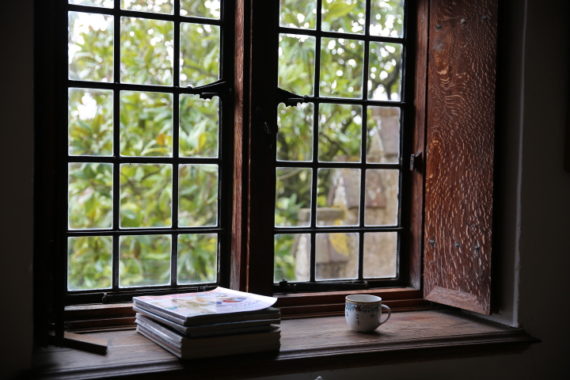 Following a ten-day residency, Fatehrad has made The Whispers of the Garden, a film that explores the history of what at first appears to be an archetypal English garden (albeit in the French countryside). Her research includes in-depth knowledge of Persian gardens and her work here highlights the Eastern design influences built into the formal gardens. “I have never felt so at home outside Iran as I do here,” she says. “There are so many elements of Eastern design, in the number of arches and other aspects.”

Her perspective on Brexit is that of an artist who has never benefited from having an EU passport. “I’m an Iranian artist based in London. I’ve been used to applying for a Schengen visa to work in EU countries. Once you’ve got used to applying, and have the documents you need, it’s easy, but a lot of paperwork. My advice to UK artists is “don’t worry”. You still have a British passport and that opens lots of doors for you.”

But funding is a different matter. “Many of my projects wouldn’t happen without funding from, for example, Sweden and The Netherlands. If that went, it would be hard.”

It has been a quick survey, but it’s heartening to hear so much international goodwill towards working with UK artists and organisations. But as is characteristic of Brexit, so much is unknown, including how long that goodwill and motivation will last, as the final shape and size of the obstacles become known. In the meantime, though, the spirit of cross-Channel collaboration remains very much alive in the diep-haven project. 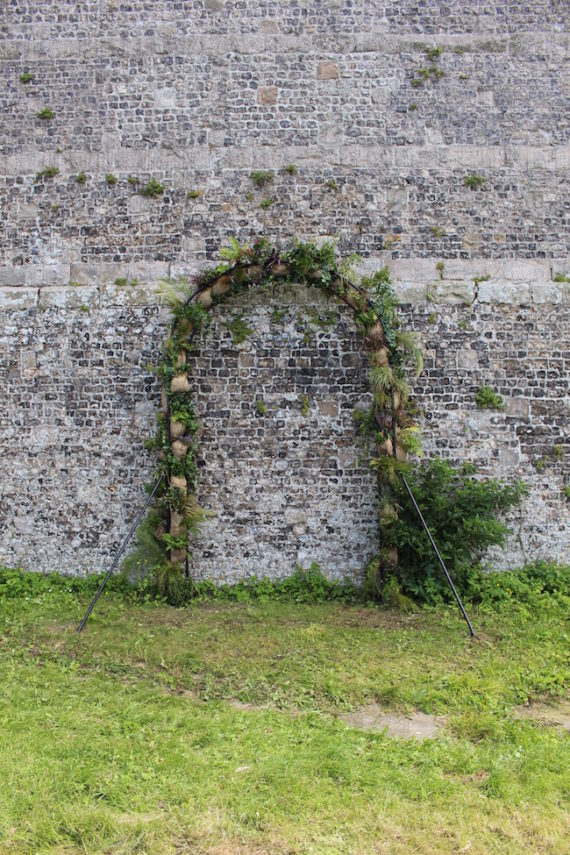