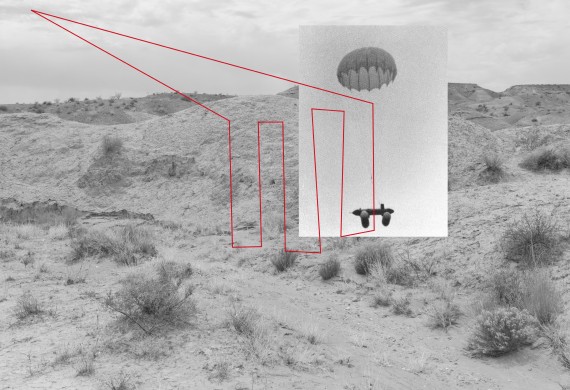 Taking place in Derby in March and April, this year’s festival theme, EVIDENCE, attracted submissions from photographers worldwide, with over 40% received from outside of the UK.

The Paul Hill FORMAT Award has this year been split between two photographers who each explore perceived reality.

Francesca Seravalle‘s series Until Proven Otherwise/On the Evidence of the First Photos considers the officially documented narratives of historical events; Wawrzyniec Kolbusz‘ Sacred Defense uses documentation of an Iranian film set to consider how culture might seek to create a national consciousness.

Barnard confronts the consequences of operating drones on the American military personnel involved. Fathi’s work investigates and unpicks documents depicting the nuclear arms race since 1945, revealing a narrative that conjurs up both horror and farce.

FORMAT 13: “A disruption of the standard image” by Tim Clark