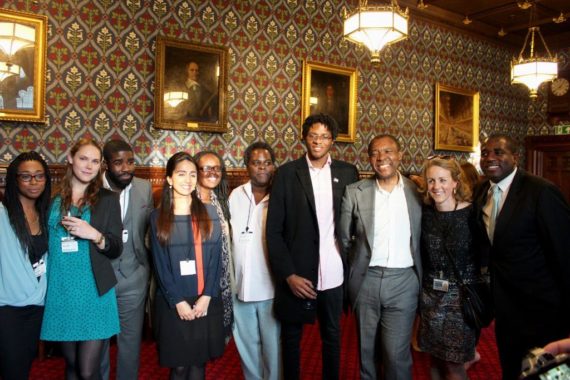 The International Curators Forum (ICF), in partnership with University of the Arts London, is to showcase work by ten Black British artists at the 2017 Venice Biennale following a major award from Arts Council England’s International Showcasing funding programme.

Thanks to ACE funding of £300,000, the London-based organisation’s project, Tactical Interventions: Curating a Black British Diaspora Pavilion, is to go ahead at next year’s biennale.

The pavilion aims to heighten the visibility of BAME artists working in England, with the selected artists participating in a programme that will include mentoring, bursaries, and working with international curators.

David A. Bailey MBE, director of ICF, said: “In a climate where difference is currently criticized and threatened, this project not only celebrates English/UK diversity, but foregrounds it at the world’s most prestigious event for the visual arts, the Venice Biennale.”

The project will build on the success of the ICF’s 2015 programme which involved taking a group of young artists and curators to the 56th Venice Biennale.

A total of £1.56 million will be awarded to nine organisations through the ACE’s International Showcasing fund, with other successful applicants including Huddersfield Contemporary Music Festival, Nofit State Community Circus Ltd and NTS LIVE LTD.

ACE has also announced the recipients of its Reimagine India fund. Just over £1.3 million will be awarded to 17 artists and organisations to work with their counterparts in India to exchange ideas, develop partnerships abroad, and export their work.

Simon Mellor, ACE executive director for arts and culture, said: “It’s now more important than ever that the Arts Council is supporting arts organisations from this country to work internationally.

“The awards we are announcing… will enable even more artists and organisations to grow overseas markets for their work as well as developing new collaborations with international artists and producers.”