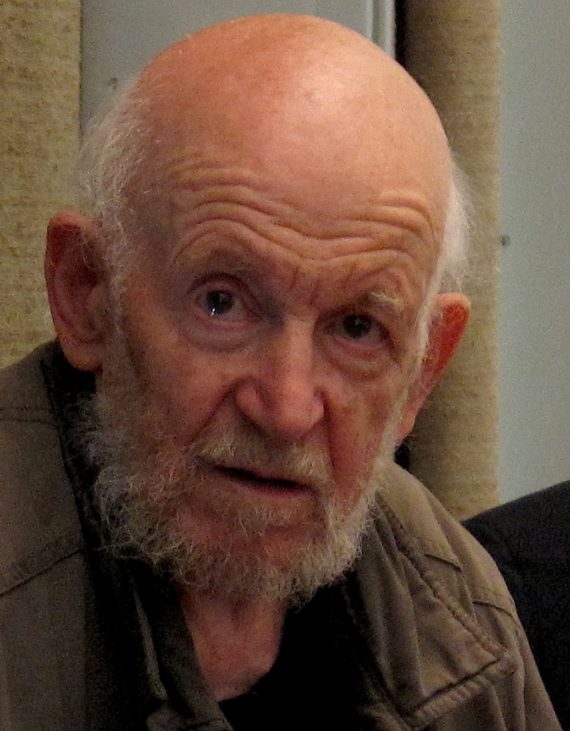 The artist Gustav Metzger, best known for his auto-destructive art, has died at his home in London. He was 90 years old.

Metzger, born in Nuremberg to Polish-Jewish parents in 1926, came to Britain with his brother in 1939 to escape Nazi persecution. His experience of Nazism – his parents and much of his immediate family were murdered in the Holocaust– was to have a profound influence on his work as an artist.

Speaking about his childhood in Germany, he once said: “When I saw the Nazis march, I saw machine-like people and the power of the Nazi state. Auto-destructive art is to do with rejecting power.”

Metzger studied at Cambridge, London, Antwerp and Oxford. His art was always strongly linked to his political activism and in the 1950s he was involved in the Campaign for Nuclear Disarmament and anti-capitalist protests.

It was his involvement with the auto-destructive art movement that was to establish him as an artist. In a 1959 manifesto, Metzger wrote: “Self-destructive painting, sculpture, and construction is a total unity of idea, site, form, colour, method, and timing of the disintegrative process.”

He first made his performative acid paintings in 1961, conceived as a response to nuclear weapons. In 1966, Metzger held the first Destruction in Art Symposium in London.

In contrast to his bleaker, politically-charged works, the 1960s also saw Metzger create colourful projections for bands such as Cream and The Who. (The Who’s Pete Townshend had been a student of Metzger’s, and it was apparently the artist’s influence that led him to destroy his guitars when on stage.) Metzger’s 1965 work, Liquid Crystal Environment, remade in 2005, is currently on show at Tate Modern.

Writing in Art Forum, Melanie Gilligan said of Metzger’s work that, while focusing on the destruction wrought by society “he also sought to relentlessly engender debate, hoping to cultivate and address a public sphere where the contradictions he saw attending modernity could be discussed and its perils and cruelties fought.”