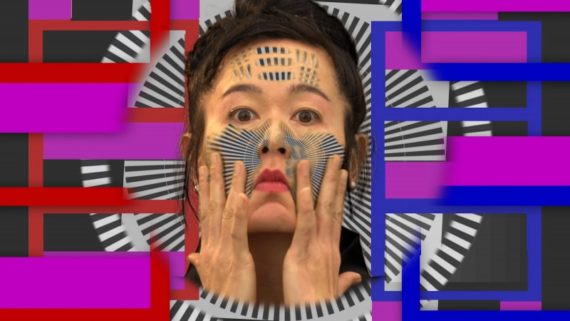 Hito Steyerl criticises ‘toxic’ Sackler funding at opening of Serpentine show At a press conference on 10 April for the opening of her exhibition ‘Power Plants’ at London’s Serpentine Sackler Gallery, the German artist and filmmaker addressed what she called the “elephant in the room”, in reference to the gallery bearing the Sackler name. The Dr Mortimer and Theresa Sackler Foundation is listed as the gallery’s principal founding supporter on its website.

The Sackler family, which is well-known for its arts philanthrophy, is currently embroiled in controversy in relation to the opioid crisis in the United States and the sale of the prescription painkiller OxyContin, produced by the Sackler-owned Purdue Pharma. In March, the Sackler Trust suspended all new donations in the UK following announcements by the National Portrait Gallery and Tate that they would not be accepting any grants from the trust.

Steyerl issued a statement in three parts which calls on artists to “use institutional bodies to collectively find legal ways to address the issue of Sackler funding of the arts”. She added that this should not be difficult to achieve, saying: “Imagine you were married to a serial killer and wanted a divorce. It shouldn’t be a problem to get a divorce.”

Steyerl also reiterated American photographer Nan Goldin’s calls to rename institutions bearing the Sackler name, and urged institutions to publicly declare whether they are willing to take future donations from the family’s trust.

She added: “Up until yesterday I was thinking about how I can address this. I’m not personally affected, I live in a different health care system. But there are many ways in which problems can articulate themselves. The effect that I’m experiencing, and the arts as a whole, is its toxic leakage. I would kindly ask everyone to help to address this.”

As Frieze reports, the Serpentine Gallery responded with the following statement: “The Serpentine is a gallery that supports artists and their right to express their views. We have heard what Hito Steyerl has had to say today on the eve of her exhibition at the Serpentine and the important issues that she has highlighted. Donations to the Serpentine from the Sackler Trust are historic and we have no future plans to accept funding from the Sacklers. We remain committed to being an open platform where emerging and established artists can be seen and heard.”

Tate and National Galleries of Scotland resume contact with Anthony D’Offay Trustees at both the Tate and National Galleries of Scotland (NGS) have renewed links with the retired dealer and co-founder of the Artist Rooms programme. Both had severed ties in January last year after the Observer newspaper reported that D’Offay faced allegations of inappropriate behaviour by three women.

A spokesman for both galleries told The Times newspaper: “Over a year ago we were made aware of allegations against Anthony d’Offay. The trustees of Tate and National Galleries of Scotland took appropriate time to consider these, remaining in discussion with the Artist Rooms Foundation. No formal investigation ensued and trustees have since resumed contact with Mr D’Offay, and informed relevant stakeholders accordingly.”

Coco Fusco refused entry to Cuba ahead of Havana Biennial New York–based Cuban-American artist was detained by customs officials and turned away after she landed at José Marti Airport. She was due to attend the 13th edition of the biennial, which will include 83 artists from 45 countries under the title ‘The construction of the possible’.

Fusco told ARTnews in a statement: “I heard one of the immigration officials refer to me as an ‘inadmissible’. I’m not a live plant, cheese, a narcotic, or a pornographic publication, but expressing critical views of repressive measures carried out against artists constitutes grounds for barring my entry to Cuba.”

She also noted that she is “not the first or the last intellectual with close ties to Cuba who has been punished in this way for expressing my views and advocating for greater freedom of expression in Cuba.”

Fusco claims that the officials did not give her a reason for her denial, but she speculated that it was related to her writings on Cuban art and politics, plus as well as her support for the artist-led movement in Cuba against Decree 349. The law was issued last July and allows for the Cuban government to control what art is exhibited in the country and also who it considers to be artists.

We send all our love to Wendy’s family & friends xxx #Repost @paula_macarthur Thank you for all your kind messages, your response has been overwhelming, I’ve been passing on all your email messages to Wendy’s family, it is wonderful for us all to know how genuinely she is loved and respected, thank you so much. This is the message I emailed to friends & colleagues yesterday morning… She had been battling with lung cancer which had been diagnosed at the end of July. She’d successfully kept it under control for several months and continued to be positive and determined that it wouldn’t beat her. Undeterred she insisted on continuing with our PaintLounge Berlin event and recent exhibition Im/material Bodies as well as working on Contemporary British Painting exhibitions and @paintbritain social media. She fought it right to the end but sadly died on Sunday night of a heart attack. I am so sorry to pass on such difficult and shocking news without warning, Wendy didn’t want everyone to worry, so kept the news between a handful of close family and friends. Wendy was a truly great friend and the perfect team mate for me, I am, as I’m sure you can imagine, completely devastated. I know Wendy was much loved by so many people and will be hugely missed. Yesterday, as planned, I was hanging an exhibition in the gallery at Rye Creative Centre which includes several recent paintings by Wendy, it was poignant and difficult but felt like the right thing to do – many thanks to Sharon Haward for helping me through the day. The private view is scheduled for Friday 12 April 5.30-7.30pm if you’re able to come along your presence would be wonderful to see you. Much love Paula ・・・ #Repost @wendymsaunders with @get_repost ・・・ #SpringInterimExhibition @cglartschool @cglartschool_ma 1-2 March #painting #abstractedheads #ma #MAinterim #exhibition

Artist Wendy Saunders passes away The London-based artist, who was known for making abstract paintings of heads and faces and was a member of the artist-led organisation Contemporary British Painting, had been diagnosed with lung cancer at the end of July last year. She died on Sunday night after suffering a heart attack.

Artist Paula Macarthur announced the news on Instagram, explaining how Saunders had fought the cancer diagnosis: “She’d successfully kept it under control for several months and continued to be positive and determined that it wouldn’t beat her. Undeterred she insisted on continuing with our ‘PaintLounge Berlin’ event and recent exhibition ‘Im/material Bodies’ as well as working on Contemporary British Painting exhibitions and @paintbritain social media.”

She added: “I know Wendy was much loved by so many people and will be hugely missed. Yesterday, as planned, I was hanging an exhibition in the gallery at Rye Creative Centre which includes several recent paintings by Wendy, it was poignant and difficult but felt like the right thing to do.” 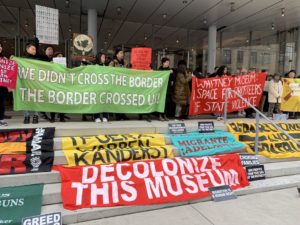 Open letter signed by 120 academics calls for removal of Warren B. Kanders from Whitney board