How artists see themselves: the art of the self-portrait - a-n The Artists Information Company 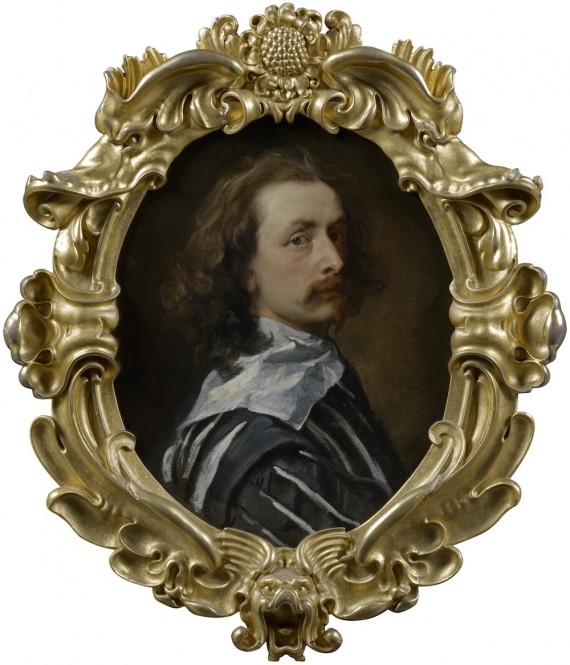 With his big soulful eyes fixed appealingly on the viewer and his freshly-washed long brown hair manfully swept back from an unlined forehead, a very pretty Sir Anthony van Dyck gazes flirtatiously over his shoulder – out of the 17th century and into the 21st.

Van Dyck’s final Self-portrait (1640-41) – recently ‘saved for the nation’ – is now being toured around the country, with Margate’s Turner Contemporary its first stop outside the capital. It’s the painting’s visit to the Kent coast that created the opportunity for Self, a substantial exhibition of artists’ self-portraits. And it’s a cracking exhibition, showing around 100 works dating from the 17th century to the present day.

“We started by wanting to show the importance and influence of Van Dyck,” explains Turner Contemporary’s head of exhibitions, Sarah Martin. “It was from him and others working at that time that the artist self-portrait first emerged. We’ve tried to draw links through the themes artists were dealing with.”

The pleasure of this show is in the explicit invitation to pick up the smallest clue, reading entire characters and stories into each image – like a game of ‘dare’ with the artist, who wants to keep control of what the viewer sees. Although not a comprehensive survey of artists’ self-portraits, assembled here are a good number of works from serial self-portraitists such as Sarah Lucas, Tracey Emin and Gilbert and George.

There are also some far lesser-known works – an awkward and unattractive JMW Turner aged 15, for instance, or a vexed-looking Graham Sutherland. I imagine he is grappling with how to resolve painterly problems, but of course this is not documentary or instant photography – this is artists manipulating their images to show themselves as they would like others to see them.

It’s possible to track societal changes through the works, with the earlier ones invariably depicting a man staring heroically out of a dark background. Although the gallery has done well to find early works by female artists Mary Beale and Angelica Kauffmann (see image gallery, below) from the National Portrait Gallery collection.

This early approach evolved into the inclusion of a symbolic object or two (a tradition played with by contemporary artists like Maggi Hambling and Sam Taylor-Johnson), and gradually the self-portrait as narrative painting emerges: the hero busy at the work he does best. This is the period where the traditional and now romantic view of the artist emerges – the tools of the trade are highlighted in the form of palette, paintbrush and sometimes studio.

Damien Hirst plays with this stereotype in typically tricksterish fashion with his Contemplating a Self Portrait as a Pharmacist (1998). Never a painter, much less in the type of studio he is presenting, the key element of this work is the enormous mirror at the back of the vitrine, reflecting the viewer and so challenging them to reflect on themselves.

By the early 20th century, self-portraiture was changing. A progressively less traditional society, the emergence of Freudian thought and a greater self-consciousness led to a change in how artists began to depict themselves. Martin sees this as a great art-historical divide.

“Artists were concerned with depicting their status as artists for around 200 years,” she says. “But the advent of photography changed things. Self-portraiture became more self-conscious, less about the external tools and more about the interior life. Less of a public statement, and more psychological and self-expressive.”

Artists have invariably used the self-portrait for some form of self-promotion. Over 350 years they have adapted the form and tradition as social mores, education, knowledge and professional needs have changed. It is easy to read the earlier works in this exhibition as the equivalent of today’s website, a calling card, with several paintings showing appealing, fresh-faced and bright-eyed clean-cut young men, painted in the early stages of their careers when they were trying to establish their reputations.

But maybe it wasn’t until Gilbert and George’s A Portrait of the Artists as Young Men in 1970 that the artist self-portrait became really interesting to contemporary audiences. Their early adoption of film was used to record their famous blankness, a constant use of self in their work acting as a method of disguise while hiding in plain sight.

Helena Almeida and AK Dolven use film to similar ends: dissolving the self with filmic techniques (and initials as nomenclature). Familiar favourites are here too: Sam Taylor-Johnson’s self-portrait with a hare, where the young female hero chooses her own epitaph; the series of 12 laddish self-portraits from Sarah Lucas (see image gallery, below).

Emin’s Why I Never Became a Dancer (1995) is possibly her best ever work. Made when she was 32, this makes for layered and poignant viewing now. Telling the story of early sexual adventures with “men who were less than men”, it ends with her dancing defiantly and with joy to the camera in an empty studio. But it reads very differently with the passing of time. Of all her works, it reveals the most about her early vulnerability, not all of it intentional.

Film and contemporary moving image techniques allow for more three-dimensional glimpses. Several dystopian works powerfully depict fragility and mortality. Mark Leckey’s Parade (2003) presents his interior world as a dark isolated place, formed entirely from the external influences of pop culture and high-end consumerism. Ian Breakwell uses film to document his experience of cancer. Jeremy Millar’s sculpture of himself as a drowned man is as disturbing and powerful as Louise Bourgeouis’ self-portrait as a five-legged cat is delightful (see image gallery, below).

What does all this say about artists? There is a danger of being characterised as a solipsistic bunch, although as Martin points out, perhaps that’s inevitable in an exhibition of self-portraits. “We are fascinated by artists and what they do. We do still see them as different,” she says.

“This exhibition is all the more timely because of our obsession with selfies, where everyone can be the celebrity in their own life. There’s also something about someone looking back at you. It’s the thing we all have to grapple with everyday of our lives: how do we present ourselves to the world?”

Self continues at Turner Contemporary, Margate, until 10 May 2015. www.turnercontemporary.org