Hull 2017: After the spectacle, what will the legacy be for artists in the city? - a-n The Artists Information Company 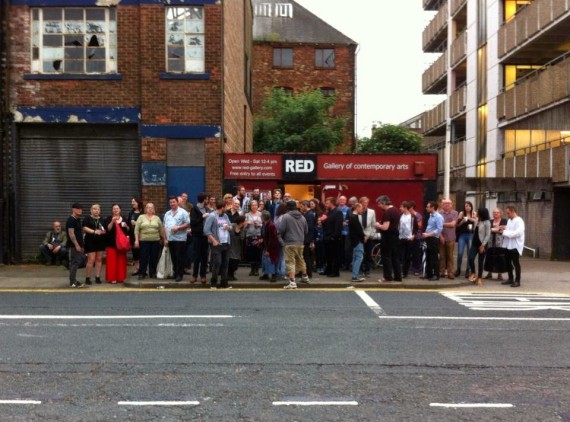 Like the Hull-based artist Dom Heffer, quoted on a-n News last week, I too quickly realised that Hull’s tenure as the UK City of Culture was to be no ‘cash cow’ for Hull’s artists.

I am not here to contradict the recently announced Creative Communities Programme funding awards, which saw hundreds of rejection letters sent to Hull-based practitioners. I would however like to contend how some of Hull’s visual artists and organisations have been misused by the City of Culture juggernaut – firstly in the city’s bid, and then in the subsequent marketing of Hull’s 2017 status.

Those artists and organisations who willingly signed up to support the bid and the global PR have apparently now been left out of their own celebrations (in part paid for by monies garnered from Hull’s residents and local businesses). Yes, artists are used to rejection letters stating ‘sorry, but on this occasion you have been unsuccessful’, but on this ‘occasion’ the decisions being made will be debilitating for the visual arts post-2017.

Hull does not have a visual arts infrastructure per se. Earlier this year, RED Gallery was evicted from its home of nearly two decades. The artist-led gallery has an international reputation and ran a progressive and independent programme that was hard to find anywhere else in the region. But this lack of infrastructure belies the quality and amount of activity that carries on regardless – and succeeds.

There is to be a new contemporary art gallery for 2017. But with funding secured only for that year, it will remain to be seen if it suffers the same fate as The London Street Gallery in Derry/Londonderry after its City of Culture year in 2013.

Let’s forget for a moment the year-long City of Culture spectacle, which will of course be a massive boost for Hull’s entertainment and hospitality economy, with approved ‘culture’ brought to Hull’s residents and communities.

Instead, let’s move on to post-2017 and the ‘legacy’. How are the visual artists and organisations of Hull to continue any of the momentum of 2017 if they are not already involved in the events of that year?

Since 2009, when the plug was pulled by Hull Forward on Hull’s future creative quarter, it has been left to the locals to invest their own hard-earned cash and wherewithal to keep the focus of creative attention in and around the Fruitmarket area of Hull.

Working with a sympathetic Hull-based development company means that this has been an amazing success story in times of so-called austerity. So much so in fact that now things are picking up, the area looks like the usual regeneration building site; intent on attracting new ‘bohemian’ businesses, it is now the focus of Hull’s festival activity.

So, a simple guarantee from the city council to keep hosting those locals who originally believed in Hull’s cultural future would be a start of any useful legacy. Even better would be for someone from the Hull City of Culture legacy team to actually set foot outside their fortress and talk to those who will be left behind to carry on the good work.

Paul Collinson is an artist who lives and works in Hull. He is currently exhibiting alongside Mandy Payne and Conor Rogers in the group show, ‘Utopia Deferred’, at Corke Gallery, Liverpool

Image: RED Gallery of Contemporary Art at its Osborne Street space, Hull during the opening of the ‘Stuft all over again’ exhibition, 2014. Photo: Lou Hazelwood