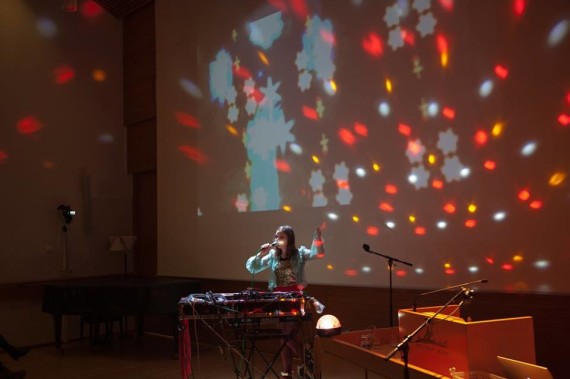 Artists in Iceland have launched a new campaign to promote fair payment for their work. The We Pay Visual Artists Campaign has been set up by the Association of Icelandic Artists (Samband íslenskra myndlistarmanna, SÍM), a representative body formed in 1982 that currently has over 700 members.

Jóna Hlíf Halldórsdóttir, chair of the association’s board, said: “The purpose of the campaign is to promote visual art’s field of work and enable artists to be paid for their work.” It is hoped that “the campaign will change the minds of visual artists, the public, officials of museums and cultural institutions, as well as municipal government and the state”.

At the centre of the campaign is the newly drafted contract outlining the participation and contribution of artists in exhibitions. It has been drawn up by a workgroup including the National Gallery of Iceland, Reykjavík Art Museum, Hafnarborg, The Hafnarfjörður Centre of Culture and Fine Art, The Living Art Museum, and LÁ Art Museum and Akureyri Art Museum. Visual artists Ilmur Stefánsdóttir and Úlfur Grönvold also contributed to the document.

A key reference point for the group has been the Swedish MU (Medverkande og ustallningsersattning) contract. The Swedish government signed an agreement back in 2009 relating to compensation for artists who display their work in public museums in the country. This is in addition to payment for transportation, installation and publication of material for the artist’s exhibition.

The MU contract has been the basis of comparable contracts in Norway and Denmark. It was also referred to in the initial research of a-n/AIR’s own Paying Artists campaign.

The Association of Icelandic Artists hope its version will be adopted nationally by Iceland’s museums and publicly-funded exhibitions. However, it is taking a cautious approach to implementation, primarily due to the current financial situation many arts organisations in Iceland find themselves in. Additional research has been commissioned on a cost analysis for the contract in accordance with a museums’ last operational year in order to gauge the potential impact.

For more information on the We Pay Visual Artists Campaign visit: www.vidborgummyndlistarmonnum.info