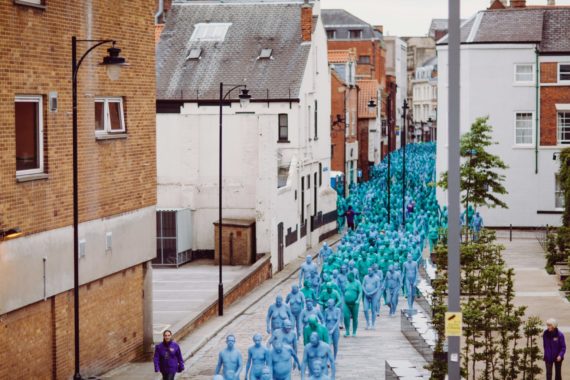 Eleven towns and cities have now put their names forward to become UK City of Culture in 2021 Perth, Paisley, Stoke-on-Trent, Sunderland, Coventry and Hereford had already put themselves up for the accolade when they declared their interest last year. Five more are now added: Warrington, Portsmouth, Wells, Swansea and the smallest city in Britain, St Davids in Pembrokeshire. The chosen place will succeed Hull, which is the UK City of Culture for 2017.

Artists, curators and leaders of top US museums anxiously await president Trump’s revised executive order on immigration The revised ban is expected to target the same countries as the first: Iran, Iraq, Syria, Yemen, Somalia, Sudan and Libya. Institutional leaders say such restrictions would have grave consequences on exhibitions, research and the future of cultural exchange.

Metropolitan Museum director Thomas Campbell resigns The director of the New York museum will leave at the end of June with the news coming as The Met faces financial problems that have led to staff cuts, a reduction in shows and the postponing of a $600m project

Klimt sells for £48m as auction houses hope the good times are back The 1907 Klimt, Bauerngarten (Blumengarten) sold to an anonymous telephone bidder for £42.5m before commission. With commission the price is £47,971,250, well above its estimate of £36m.

Son of Nazi governor returns art stolen from Poland during second world war The handover marks a key moment in Poland’s long effort to regain its lost treasure, amid hopes other descendants of Nazi art thieves will follow the example. An estimated half a million art objects were plundered from Poland by the occupying Nazi and Soviet forces during the second world war.

Artist and curator Ingrid LaFleur is running for mayor of Detroit LaFleur is a native Detroiter who travelled and worked in the wider contemporary art world for over a decade, before returning to apply what she’d learned to her hometown.