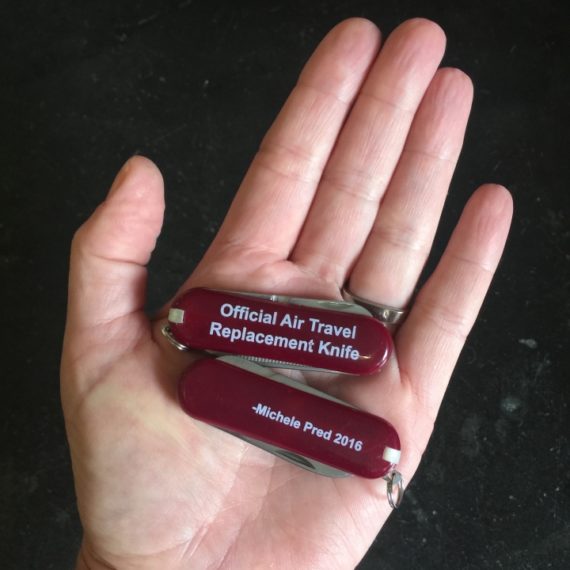 Artist passes out pocket knives at the airport Last week, dressed as a 1960s-era flight attendant, performance artist Michele Pred handed out small pocket knives to passengers arriving at San Francisco’s International Airport, to replace those that have been confiscated since the passage of the Patriot Act 15 years ago. The work sparked conversation, highlighting the personal impact of post-9/11 worldwide security culture.

Make art but can’t travel? Yorkshire Sculpture Park asks artists to email tech-based works YSP has invited artists from the Middle East to submit proposals for Beyond Boundaries: Art by Email, which is programmed for January 2017. The project is inspired by experiences of working with artists who struggle to obtain visas, and those who are too fearful to even apply.

Herzog & de Meuron wins competition to build Berlin’s Museum of the 20th Century The Tate Modern architects have are to build a new museum of 20th century art in central Berlin. The site for the new museum is between two of the city’s architectural landmarks from the 1960s: Ludwig Mies van der Rohe’s Neue Nationalgalerie and Hans Scharoun’s gold Philharmonic. The target opening date for the new gallery is 2021.

Jeremy Shaw wins 2016 Sobey Art Award The Berlin-based Canadian artist wins Canada’s largest contemporary art prize for artists under 40. A statement from the jury said: “Shaw’s work speaks to a fundamental longing for transcendence. He creates and reflects extraordinary experiences and shows us how art can translate what is challenging to articulate.” 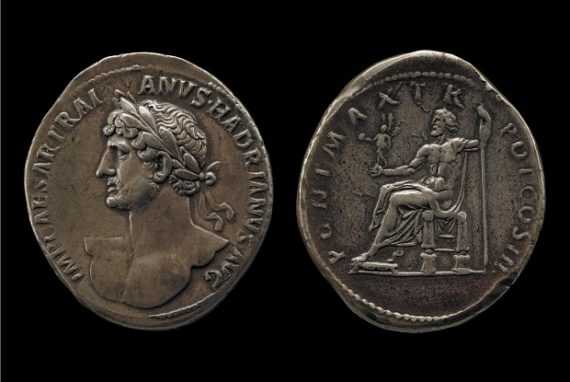 A Little Gay History, British Museum announce LGBTQ show The exhibition takes its name from the 2013 book by former British Museum curator of ancient Egyptian culture, Richard Parkinson. Programmed for May 2017, it will focus on themes closely studied in Parkinson’s publication, which explores lesbian, gay, bisexual, transgender and queer experiences through museum objects ranging from ancient Egyptian papyri to prints by David Hockney.

Tony Heaton to leave Shape Arts The artist Tony Heaton OBE, CEO of the disability arts organisation Shape Arts since 2007, is to step down to focus on his sculpture work. Heaton will remain with the organisation as chair of the board, replacing Pauline Tambling CBE. “It’s been a great honour and privilege to have led Shape over most of the last decade and I think we are in a great position to push into the future,” said Heaton.

Evan Garza named the new director of Rice Public Art at Rice University in Houston, Texas Garza will begin at Rice in December. His appointment has been made in conjunction with the opening of the Moody Center for the Arts, a 50,000-square-foot facility dedicated to cross-disciplinary collaboration between arts, sciences, and humanities at the university.

New National Centre for Contemporary Art in Chile The first government-run facility dedicated to contemporary artists opened its doors last month. As the former premises of the historic Los Cerrillos Airport, the 43,000-square-foot venue will be the home of the National Council of Culture and Arts Chile’s collection.