International: Ars Electronica and the art of global thinking in a local context - a-n The Artists Information Company 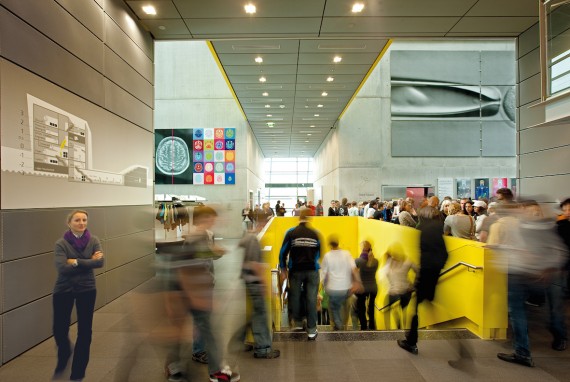 When the Austrian artist and technologist Gerfried Stocker became artistic director of Ars Electronica in 1995, he was the newly-formed organisation’s first and only employee. Twenty years on, Stocker heads up a 190-strong team in Linz that is known internationally for its serious-minded work in the areas of art, technology and society.

“The City of Linz was planning to open the Ars Electronica Centre and I was really just in the right place at the right moment,” says Stocker, explaining how his work as an artist brought him into the orbit of the annual Ars Electronica Festival, which had launched much earlier in 1979. “I was working with computers, interactive technologies, computer music, interactive installations — I was very lucky to get this job.”

While Stocker may put his position at Ars Electronica down to a happy accident, little else at the organisation is left to chance. Instead, he displays a clear-sighted, focused approach that puts artists and their ideas at the centre while at the same time working within a commercial and educational context.

“The important thing has been to be able to recognise opportunities and formulate answers and strategies within Ars Electronica, and to use these opportunities to develop the company and its activities,” he says. 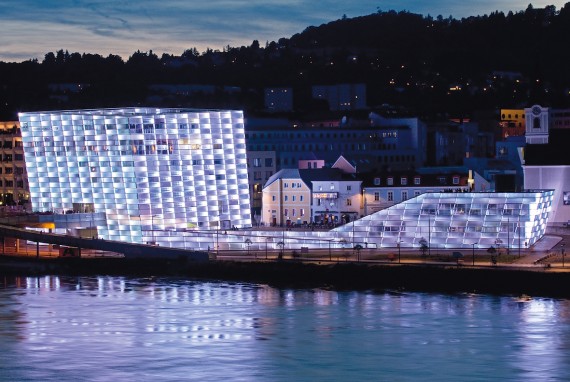 Rooted in the city

At first glance, those activities can seem disparate and unconnected. Rooted in this small Austrian city — population 200,000 — there’s the centre itself, now housed in a stunning, glass-clad €24m building that opened in 2009 to coincide with Linz’s year as European City of Culture.

Described as a ‘museum of the future’, it hosts an ongoing programme of exhibitions and educational workshops; in 2014 it attracted 158,428 visitors including some 36,000 school children.

Also headquartered in the centre are the two profit-making parts of this otherwise not-for-profit organisation: Futurelab, the research and development arm, and Solutions, which focuses on providing products and services for commercial clients that have included the likes of BMW, Audi, Intel and Siemens.

And then there are the high-profile, long-established and interconnected annual enterprises which ultimately led to the creation of Ars Electronica Linz GmbH in 1995: Ars Electronica Festival (which this year takes place 3-7 September) and Prix Ars Electronica, launched in 1987 and now regularly attracting over 4000 submissions from artists around the world.

“The Prix is where we can see and understand how artists worldwide are thinking, what they’re concerned with, what new directions they’re going in, what their needs are,” explains Stocker. “The festival responds to this; it is mainly inspired by ideas and inspiration coming from the artists. It’s a very logical chain.”

This year’s festival is titled ‘Post City – Habitats for the 21st Century’ and explores new models for future cities. And while this high-profile event is truly international in scope, Stocker is keen for it to be seen as one part of a self-sustaining Ars Electronica ecology which relies on each element feeding and nourishing the other. 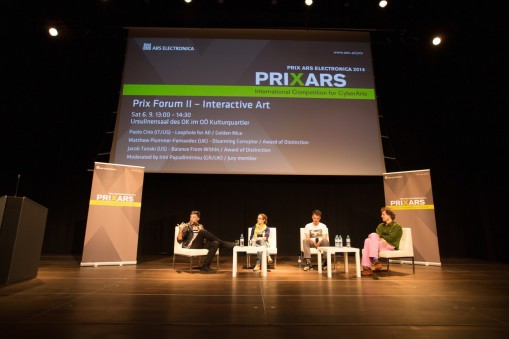 Crucially, the festival’s global profile plays a vital role locally. “We couldn’t serve the local education needs and companies in the area if we didn’t have this permanent flow of new ideas coming from the international audiences,” says Stocker. “What we’ve learnt from this is that we have to understand the whole thing, not just in terms of how we can use creativity as a way to invent new products and services — which is the conventional approach — but that we really have to see it as an ecosystem.

“It’s very important to develop ways to feed back the commercial success, but also ways to keep nurturing on a creative and intellectual level. You need to be attractive to people internationally — this is really vital for us to grow and develop Ars Electronica.”

As a model, it’s clearly working. The organisation continues to evolve, increasing the participatory nature of its education work and broadening its remit to take in genetic engineering and the life sciences. It is a very visible example of the way that art and science are increasingly overlapping and blurring.

“The whole art and technology movement and the understanding that came with media arts and digital media, has created a new positioning; a confidence that art really can, and should, contribute to other developments in society, and in particular to those sciences that are really challenging our understanding of what it is to be a human being.” 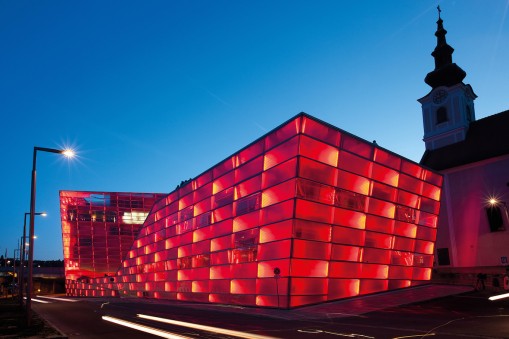 Stocker expresses excitement and delight at how things have changed in his time at Ars Electronica — “It’s really remarkable!” he exclaims at one point. “It’s no longer individual artists who are able to seduce somebody in a company or research institute to let them participate a little bit, now there’s a demand coming from the other side.”

However, he is not about to get carried away. “One always has to be careful when you try and estimate the impact of art and culture,” he offers.

This article was originally published in Making Digital Work, a magazine produced by the Digital R&D Fund for the Arts and available as a print publication and a pdf download

Abandon Normal Devices: insects and origami in a Cumbrian forest