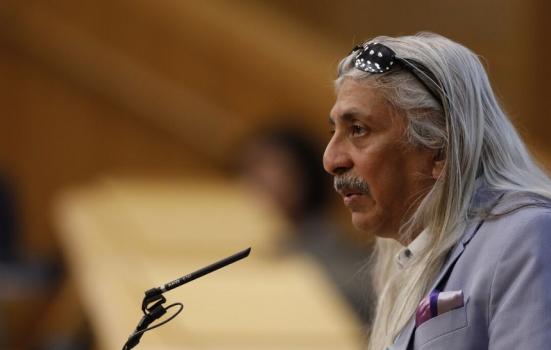 Arts ministers from across the globe have been urged to tear down regulations stopping artists from meeting and sharing ideas.

In talks at this year’s Edinburgh International Culture Summit, they also heard about the power of culture to bring wounded communities together and to have a tangible effect on crime and a country’s reputation.

The Summit, held for the fourth time this year, saw delegations from 45 countries including Nigeria, Denmark, Japan and France gathered to hear lectures on investment models, the impact of culture on wellbeing, and the role of technology in broadening access to the arts.

Sanjoy Roy, director of Indian-based arts company Teamwork Arts, discussed the power of culture to help societies create “a new beginning”. He highlighted his organisation’s work in mounting an arts festival in Cairo airport to show that the country was safe post-Arab Spring and ready to rebuild an economy heavily reliant on tourism.

Roy also spoke of his own experiences at the Fringe and of being empowered by meeting thousands of artists in a “transformative” experience in Edinburgh.

“Unfortunately the very same city today, because of your policies, doesn’t allow visas to many communities – to many people who would like to come here and participate in the incredible offering of culture. We need to break down our boundaries.

“On one hand Europe is talking about the internet democratising us and allowing us all to come together across the world. At the same time, every country, every city feels threatened and threatened by artists.”

The programme of workshops also included talks by Tate director Maria Balshaw, who weighed in on the regenerative potential of opening nationally renowned galleries in run-down areas; medical professional professor Bastiaan Bloem, who called for more investment in arts and health initiatives; and responses from numerous arts ministers.

Rwanda’s Prince Totto Théogène Niwenshutim spoke about his use of dance to process experiences during the country’s genocide, saying the artform was powerful because it “goes deep at the heart of our souls and the heart of our being. It connects us”.

Arianne Welsh, a member of Scotland’s National Youth Arts Advisory Group, asked whether potential contributions by young people were being overlooked. “We are the now,” she said. “Young people have a unique ability to challenge and upset the status quo for the better. Our provocation for today is – use the power of imagination, harness this drive for change and who knows what incredible and defining things we can achieve together.”