Iraq in Venice: "This really is opening up the Iraqi art world" - a-n The Artists Information Company 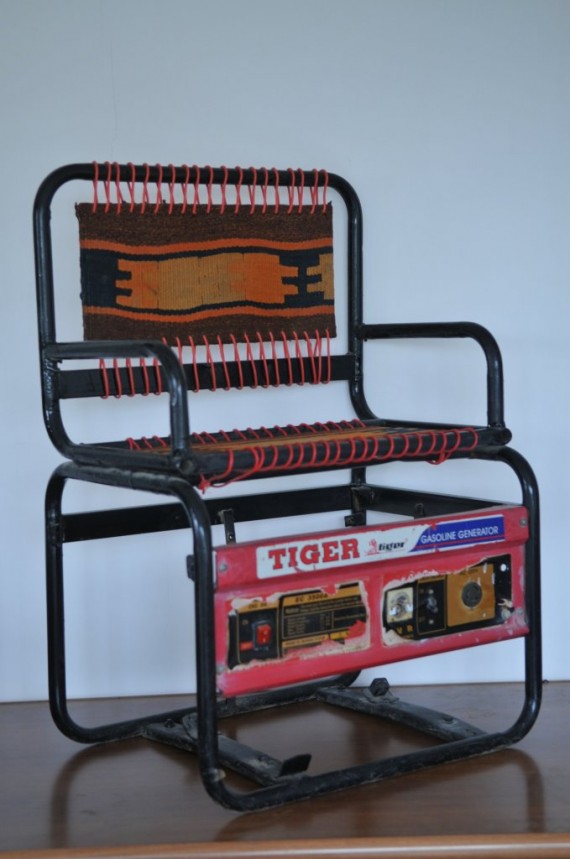 By his own admission, Jonathan Watkins is no expert on Iraqi art. ““Nobody is,” he says. “There are no curators on the outside who have any idea what is going on inside and there are no curators on the inside. So it had to be somebody coming in with a fresh pair of eyes.” Watkins, who is best known for being Director of Birmingham’s Ikon Gallery, is the curator of the Iraq pavilion at this year’s Venice Biennale. It’s only the second time the country has had a national presentation in Venice, and it is the first featuring artists that still live and work in the country.

Having been active in the region through his involvement with the Sharjah Biennial, the people behind the pavilion, the Ruya Foundation in Baghdad, felt that he was the man for the job. What followed was the curatorial equivalent of dropping a stone in to a pond and watching the rings ripple outwards. In this instance Watkins was the stone, announcing his presence and intentions with a public lecture. This brought some artists forward and others submitted work online, directly to the foundation. Artists’ recommendations also played an invaluable role in opening up the country to Watkins, ultimately leading to his selection of eleven artists for this show.

On the question of what this means, right now, for Iraq and its artists to have a presence at the biennale, he says: “It’s huge, because these are artists from Iraq, they are living and working in Iraq. Previous representations of Iraqi art are almost exclusively featuring artists who are diaspora. The last Iraqi pavilion (their first, in 2011) had seven artists in it and they were from New York, Berlin, Helsinki, London, etc, whereas these artists live in Babylon, Baghdad, Basra. This really is opening up the Iraqi art world in a way that it hasn’t been in living memory. And it means a lot to them – they haven’t been here before.”

Thematically, Watkins feels the show reflects his established preoccupations as a curator, although he didn’t come with an agenda or theory. “It was very much a question of finding what there was and then developing a proposition out of that,” he says, an interesting reversal of the standard curatorial approach. The pavilion also takes a different approach to many, eschewing the clean white lines of a purpose-built pavilion, or the square footage of many an empty Venetian building. This pavilion is a living space, a working space; terrazzo floors, wooden ceiling, grand chandelier and a kitchen offering visitors a cup of tea. But this isn’t an installation, it actually is what it appears to be. The hang forms the paintings on the walls, the sculptures in the corners, laptops open on desks, books dotted around to read. In many ways, it has the feel of a collector’s open house, one that just happens to collect exclusively Iraqi art and live on the Grand Canal.

The show provides an interesting insight into Iraq, the mindset and experiences of its people, through the things they choose to represent. Some of the work wears its political charge on its sleeve, as you would expect from a country in such turmoil; other work is very poetic, even quiet. The work of Jamal Penjweny and Abdul Raheem Yassir is very politically charged. Yassir’s works are immediately recognisable in any language and wouldn’t look out of place in any broadsheet newspaper or political weekly the world over. They are familiar proof that in adversity can be found humour that, in turn, can be used to make desperate and powerful political messages.

A video by Penjweny focuses on the smuggling of alcohol between Iraq and Iran. Of particular poignance is a moment when one of the men on the screen starts talking about the time he spent living in Birmingham, before returning to Iraq. He fondly carries photos of the street and house he lived in, familiar yet totally alien within the context of his current surroundings. At a time when the UK is being whipped into a xenophobic frenzy by the political right, it’s good to be reminded of how supportive and welcoming we can be to strangers less fortunate than ourselves.

This connection with Watkins’ other life is, apparently, entirely coincidental, “but it does say a lot about Birmingham and how open Birmingham is to refugees and people from other parts of the world,” he says. “Prior to seeing this version of the video, which has added that scene, I had already asked Jamal if he wanted to do a show at Ikon, which he is early next year, and that video will be in Birmingham. So it makes me feel that there’s a divine plan somehow.”

Furat al Jamil’s sculpture hangs elegantly in the corner of the main room, slowly dripping honey into a broken antique pot, itself splashed with the artists own blood – an allusion to her belief that the healing of this shattered country lies in a more natural or organic process. Bassim Al-Shaker’s paintings of life in the southern Iraqi marshlands provide us with a window in to a life that in many ways looks idyllic; scenes of people harvesting reeds and tending their animals. It’s when we learn of Saddam Hussein’s historical damming of these marshlands as a punishment for political resistance, destroying an established way of life for tens of thousands of people, that the political edge, never far away, comes to the fore once again.

The political climate and the moral and ethical debates about Western intervention in a foreign land, surprisingly, weren’t a barrier for Watkins in this process. “I thought that I might meet some resistance because I was coming from the UK… and I didn’t. I was amazed. In fact in Basra, where we were most of the time, I thought I would be identified with an invading force, but actually what they did say was they felt lucky that the British were there because they weren’t the Americans and the British were more polite.

“They’re only sorry that the British didn’t leave more behind, in terms of infrastructure. Why didn’t they leave a hospital behind? They pulled out sensitively without leaving a trace, whereas actually the Iraqis there wished they had. They also acknowledge it’s a very problematic place; it was before the invasion and continues to be so. They are not harping on about the invasion. They’ve got lives to get through.’”

This feeling is eloquently summed up in the opening lines of the catalogue, where it talks of millions of people in Iraq rising every morning, having breakfast, preparing their children for school. There is a chance that a small percentage of these people might come to harm through an act of terrorism, but their primary consideration is the universal one of making do and getting by. Iraq is unquestionably a turbulent country by Western standards, but for the people that live and work there, these troubles are just part of their lived experience and not the thing that they define their entire existence by.

While Watkins is realistic about the situation in Iraq and the wider impact the Iraqi prescense in Venice will have, he’s convinced that, in its own way, the project is a positive move for the country. “I’d like to think,” he says, “that this is a small, significant and optimistic step forward.”