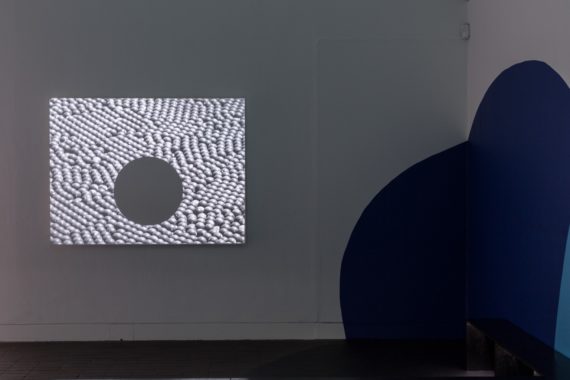 Celebrating its 10th anniversary, Jerwood Visual Arts has invited three artists who are at ‘pivotal junctures’ in their careers to exhibit newly commissioned work at the Jerwood Space, London.

Lucy Parker, Rachel Pimm and Katie Schwab were among a number of artists nominated by former Jerwood Writers in Residence including George Vasey, Chris Fite-Wassilak and Alice Butler. The final three were then selected by Sarah Williams, head of programme, and gallery manager Oliver Fuke.

“There is no curatorial theme unifying the artists,” explains Williams. “In the past we have tended to group shows around medium, but it is not the case here. The presentations engage on their own terms – it is an intriguing shift in how we do things and offers exciting possibilities for the future.” 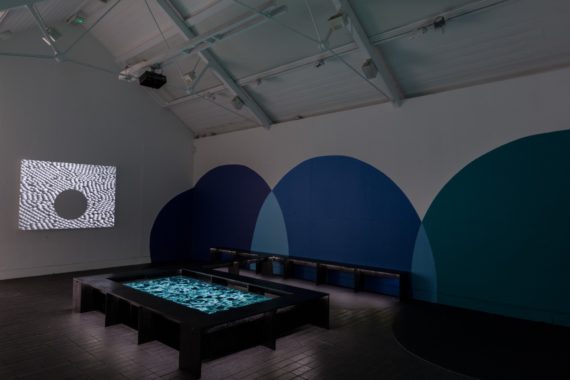 London-based artist Rachel Pimm works across performance, sculpture and video, investigating subjects such as eco-design and water management. Her new work features images of plastic micro-beads used in the cosmetics and pharmaceutical industries, and images from government drought responses.

The work has been installed in an environment evocative of a spa, with a central pool-style light box.

Explaining what ‘pivotal juncture’ means in relation to her participation, Pimm is keen to avoid linking it to the word ’emerging’. “I guess it’s one of those words that is frequently used to put artists in a bracket. However, I’ve felt I’ve been emerging ever since I graduated from Goldsmiths ten years ago.

“In many ways I feel lucky to still be practising at all – I know lots of people who have stopped for various reasons. So hopefully this show will offer the opportunity to take things to another level.”

For Pimm, the show presented numerous challenges, not least the quick turnaround from being invited to exhibit to the actual install. “We had just a few months to get everything ready. However, it wasn’t quite as manic as you might think. Jerwood picked three artists who were very clear about what they wanted to achieve.”

Each artist was given a budget to pay for materials, and received a fee for exhibiting. “I think it’s great that we were paid to do the show. Jerwood were quite strict about how everything was paid so there was no danger of us using our exhibition fee to pay for extra materials. I think we’ve all been in plenty of shows in the past where that has happened.” 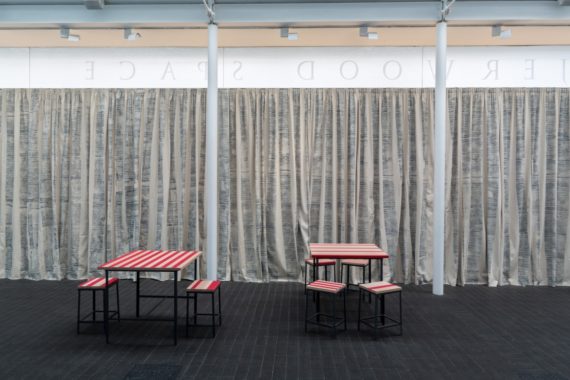 Fellow Goldsmiths graduate Katie Schwab has made a wood-block printed curtain that fills the Jerwood’s large entrance space. It’s a potentially tricky spot to navigate, with the venue’s cafe directly opposite and adjacent to the work.

However, Schwab’s piece is definitely the focus of attention. She draws influence from 20th century female textile block-printers, including the patterns of Phyllis Barron and Dorothy Larcher. The work has been made by applying foot pressure to printing blocks on cotton dust sheets – a technique employed by the Footprints textile workshop in the 1920s.

The Glasgow-based artist is pleased that the show features three female practitioners. “I think it’s great that there are three women showing and that it is on the basis of the quality of their work. Gender is not the focus or theme of the show but rather exhibiting good work.” 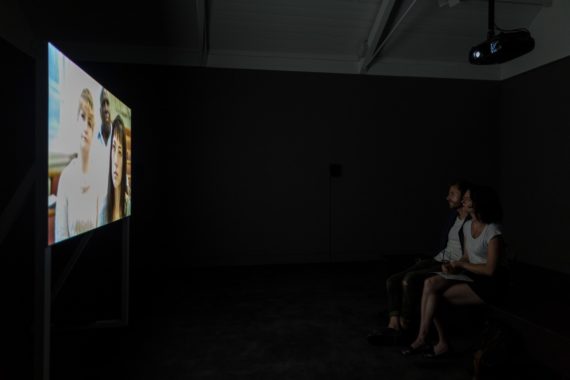 The final artist, London-based Lucy Parker, experiments with documentary filmmaking methods. Her new film, Apologies, can be found in gallery 3, the smallest space at the venue.

Parker explores the worth of apologies when delivered by a collective to an individual. It focuses on construction workers who were placed on the building industry’s blacklist, secretly denying work to thousands involved in trade union activity.

Explaining what the show has meant to her, she says: “Filmmaking is a complex process and it’s been great to collaborate with so many people. Jerwood have been very supportive and I think they’ve put together a really interesting collection of works.”

Parker hopes to turn her film into a much longer piece. “It is presented here as a short 15 minute film but hopefully this show will provide a platform to completing the longer film next year.”

Since its inception in 2006, Jerwood Visual Arts has channelled a total of £4m into working with more than 1,200 visual artists, writers and curators from across the UK. Its national exhibition programme provides a platform for newly-commissioned works by early career artists, selected from targeted open calls by a range of selection panels.