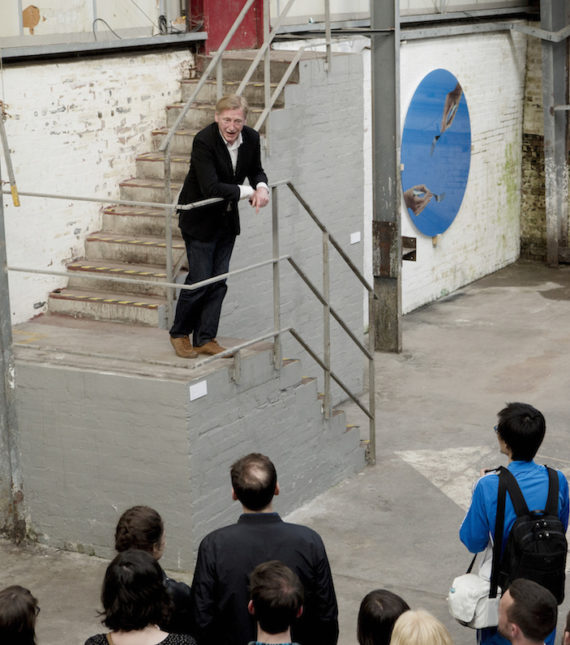 John Calcutt, writer, teacher and the former head of Glasgow School of Art’s Master of Fine Art (MFA) programme, has died at the age of 67. An inspirational and influential teacher who taught many of Glasgow’s best-known contemporary artists, his passing has brought tributes from colleagues, artists and those working in the visual arts.

Calcutt joined GSA in 1987, teaching in the Department of Historical and Critical Studies while also acting as a dissertation supervisor for MFA students. It was the beginning of a long association with the school’s two-year MFA which eventually led him to become programme leader in 2007, a position he held until 2017 when he stepped down. He continued teaching at the art school.

Commenting on his passing, Professor Alastair Payne, head of the School of Fine Art, said: “John was a much loved and well respected member of the School of Fine Art and we understand just how keenly his passing will be felt by students, his colleagues and the creative community in Glasgow. We are deeply saddened by his loss, especially his incredible talent to inspire those around him.”

Calcutt was a widely published writer and had been an art critic for Scotland on Sunday and The Guardian. He was a regular contributor to exhibition catalogues and other art publications and wrote about many artists’ work, including former MFA students such as Martin Boyce, Michael Fullerton, Nicolas Party and Hardeep Pandhal.

Included among the MFA’s alumni are four Turner Prize winners, while other former students have been nominated. In 2016 I interviewed Calcutt for Art and Education and alluded to this fact. His response was typically good humoured and self-effacing. “I’d be horrified to think our job was to produce future Turner Prize winners,” he said, a wry smile creeping across his face. “Without wishing to sound pompous, it would undermine the integrity of the programme.” 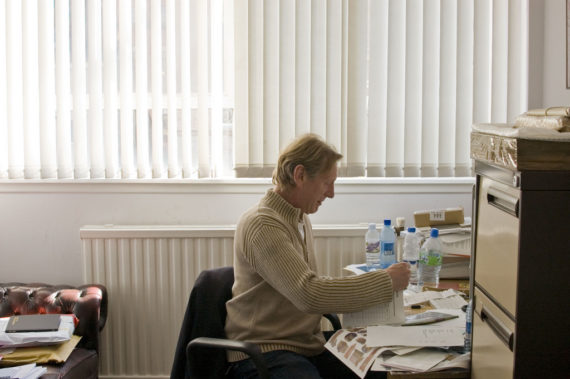 CCA director and GSA tutor Francis McKee worked with Calcutt on the MFA for over 20 years. “Personally, John’s wit and intelligence are what I will remember most,” he said. “As a colleague, he was always a source of inspiration – I was constantly learning how to teach from watching him at work.

“He was incredibly modest about his achievements but I was always struck by the way in which he applied the critical tools of the MFA to his own thinking, constantly renewing his energy and enthusiasm for teaching. His calmness and tolerance sustained a playful and creative ambiance on the course that was appreciated by both staff and students.”

While he was full-time at GSA and embedded in the life of the art school and particular the culture of the MFA, Calcutt was at the same time integral to the wider Glasgow art scene. When I interviewed him he talked of “the community of the MFA and its relationship to the community of artists in the city”, recognising that the two were entwined, inseparable.

“I knew John first when he taught me at GSA, then through his work as a curator and writer, and finally as a colleague when I joined the MFA teaching team some years later,” said artist and MFA tutor Graham Ramsay. “John was eternally self-effacing despite the fact that his contributions to the art scene in Glasgow and beyond were huge. The flood of messages I’ve received over the past few days pay ample tribute to the influence he had over generations of artists and the high esteem in which he was held. He is already sorely missed.”

Artist and GSA tutor Ross Sinclair said of Calcutt: “I found someone in the depths of our dialogues and discussions who became my mentor and friend, an incisive and inspiring teacher who showed me that thinking and writing and talking about art could and should be open and accessible to anyone. John encouraged me to push at the limits of what was acceptable for dissertation, for writing, for thinking and for making art.”

Calcutt’s sharp intellect and playfulness is clear in his own Glasgow School of Art profile, for which he wrote: ‘When all is said and done, when push comes to shove, when the time for talking is done, when the fat lady has stopped singing, when the last hurrah has died, when the final curtain closes… When the chips are down, my main interest, the thing that often preoccupies my thoughts as dark night draws long and silence beckons, is the exploration, directly, and, if truth be told, indirectly, of some of the implications, both practical, and, dare I say, theoretical, of Michael Baxandall’s claim: “Most of the better things that we can think or say about pictures stand in a slightly peripheral relation to the picture itself.” What more is there to be said, I wonder?’