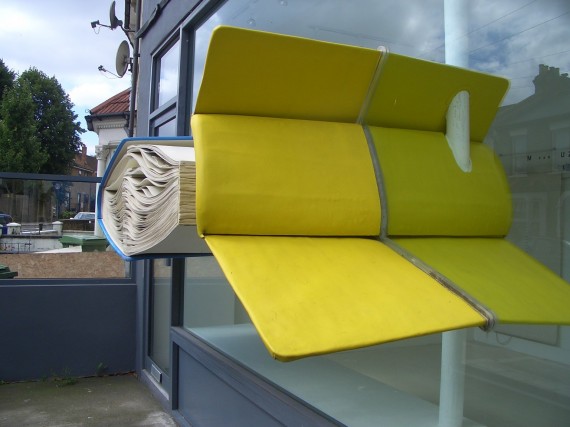 The former home and studio of the British conceptual artist John Latham, Flat Time House (FTHo) in Peckham, London, is to be sold.

The property at 210 Bellenden Road, which currently operates as a gallery and residency space, is to close in summer 2016 after a fundraising campaign launched in 2013 to raise £1m to buy the property proved unsuccessful.

Latham died in 2006 having lived in the house for over 20 years. The Flat Time House Institute opened in 2008 and has been financially supported by the Latham family along with Arts Council England, the Estate of Barry Flanagan, the Lisson Gallery, the Art Fund, the Danielson Foundation the Henry Moore Foundation and other arts organisations.

A statement announcing the sale of the house said: “Since opening in 2008 the Institute has organised an extensive programme of events, exhibitions and educational activities inspired by Latham’s interdisciplinary work and ideas, and has become known for supporting and developing new work in London.

“FTHo will continue with a vibrant programme until the house closes in summer 2016, and thereafter the Institute plans to continue its activities at other venues, to be announced.”

In 2003, Latham declared the house to be “a living sculpture”. As well as operating as a gallery and education space that has continued to explore Latham’s theoretical ideas, the house also includes the John Latham archive. Over the last year, the Institute has been expanding its programme and has attracted an increasing number of visitors to its activities both in the house and offsite.