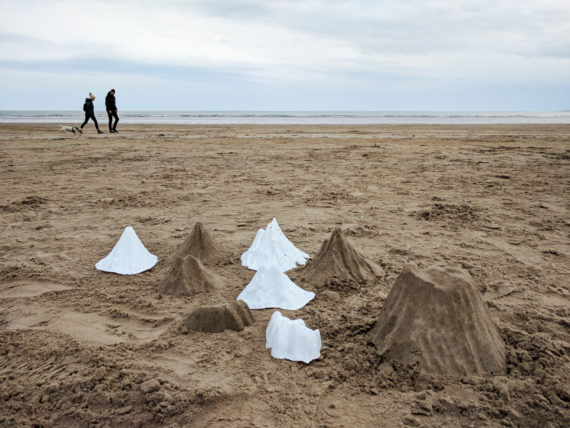 Scottish artist Katie Paterson has launched a new participatory artwork that will connect the public to the ‘world’s diverse mountains ranges’ and raise awareness of the UK’s eroding coastline.

First There is a Mountain will involve participants across the UK sculpting beaches into thousands of miniature mountains of sand, using pails in the shape of five mountain ranges: Mount Kilimanjaro (Africa), Mount Shasta (USA), Mount Fuji (Asia), Stromboli (Europe), and Uluru (Oceania).

The project will tour to 25 coastal art venues around the UK over the period of daylight saving time during British Summer Time, which relates to concepts around gravitational attraction and the planet’s tilted axis during longer daylight hours. 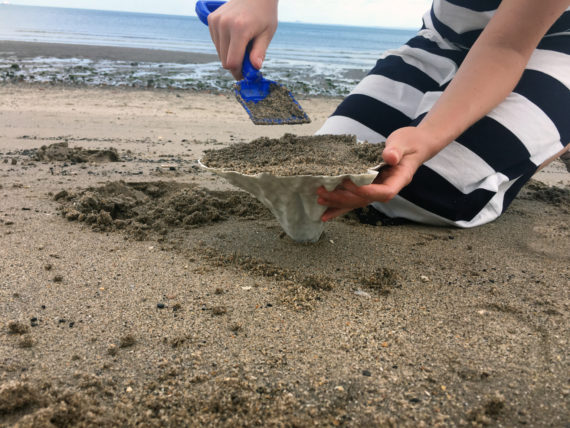 Explaining the project, Paterson said: “From early childhood we understand that sand marks time. First There is a Mountain builds upon this concept, making us aware of mountain rocks’ erosion over millennia, rock shifting across earth over continent’s evolution, forming unique fingerprints of sand across our modern coastline.

“The artwork invites the public to slow down and to consider the interconnectedness of the world, its immensity conveyed in miniature. Connecting the archipelago via one water, one tide, one sand – carrying mountains of sand across time. The extraordinary existing in ordinary things, everywhere.”

In addition, 25 new pieces of writing by various authors, poets, geologists, earth scientists, ecologists, and art writers have been commissioned to accompany the artwork’s evolution. The texts will creatively respond to the artwork, and will be delivered via spoken word at the start of each public event.

The project will coincide with Paterson’s largest solo exhibition so far, taking place at Turner Contemporary in Margate.

First There is a Mountain will tour to 25 coastal art venues around the UK, 31 March to 27 October 2019. The full list of venues is: