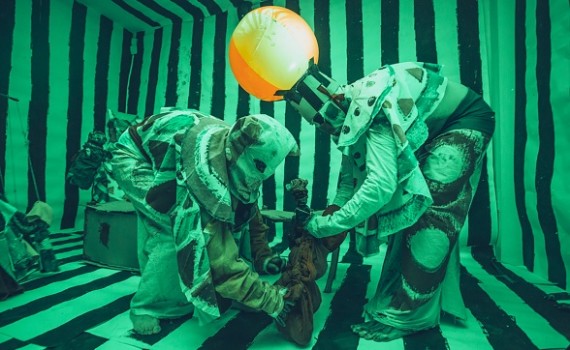 Details of the 2016 Liverpool Biennial programme have been revealed, with 42 international artists creating new work for locations across the city.

The programme has been conceived to pay homage to the city’s past, present and future. Additionally, the biennial will be framed around six themed ‘episodes‘: Ancient Greece, Chinatown, Flashback, a Children’s Episode, Software, and Monuments from the Future.

Children’s Episode is the Biennial’s first commissioning programme for artists to work collaboratively with children, while Ancient Greece will explore the inspiration behind many of Liverpool’s grandest buildings.

Chinatown will acknowledge Liverpool’s heritage as Europe’s oldest Chinese community in Europe, with Software’s artists exploring technology. Monuments From the Future meanwhile will imagine what Liverpool might look like in years to come, with Flashback offering new interpretations of history.

Artists who are taking part include past Turner Prize nominee Marvin Gaye Chetwynd who will create a film, Dogsy Ma Bone, for the Children’s Episode. The entire cast, production and direction team consist of young people from Liverpool.

Merseyside-born artist Mark Leckey will present Dream English Kid, a film inspired by events in his life from the 1970s to 1990s. The film will be screened alongside new sculptural works in the Saw Mill, the former entrance to the legendary Liverpool club night Cream, as part of Flashback.

In addition, the Liverpool Biennial Associate Artists Programme is a new partnership with Independent Curators International (ICI) and CACTUS, which aims to support artists based in the North of England to develop their careers internationally. Ten artists will showcase their work showcased during the biennial.

As well galleries such as Tate Liverpool, FACT, Open Eye Gallery and Bluecoat, a number of temporary sites including the historic Cains Brewery building on Stanhope Street will be used during the biennial. Other sites include the former ABC Cinema on Lime Street, Clarence Dock in north Liverpool and the Oratory, as well as streets, pubs, hotels, restaurants and supermarkets.

Also showing during Liverpool Biennial 2016 are the John Moores Painting Prize at the Walker Art Gallery and the Bloomberg New Contemporaries at Bluecoat. There will also be a Biennial fringe.

Liverpool Biennial director: “I want to make it part of people’s everyday lives”