LOOK/13 biennial: “Close to the city and rooted in its cultural scene” - a-n The Artists Information Company 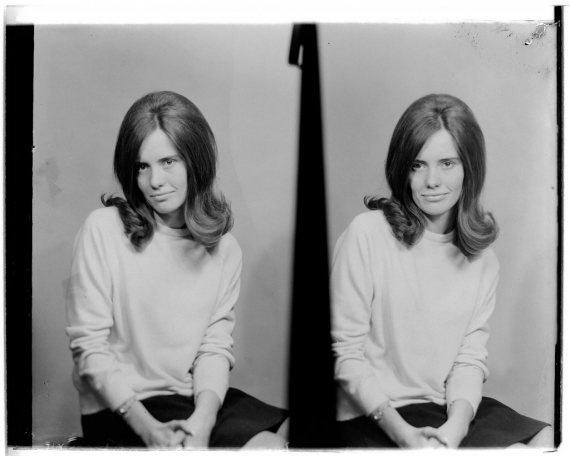 Photography biennials are really hot right now. The UK is hosting more and more and the trend shows no sign of abating. While some have disappeared (notably Hereford Photography Festival and Birmingham’s Rhubarb-Rhubarb), others have taken their place. Brighton, Cardiff, Bristol, Derby, Belfast and Bradford all stage city-wide events. Although the results vary, what’s clear is that there’s a considerable appetite from audiences, funders and practitioners alike. But is there a danger of things being spread too thinly; of (no pun intended) over exposure?

Patrick Henry, Director of LOOK/13, Liverpool’s international photography biennial, which opens to the public today (17 May), certainly doesn’t think so. “There’s room for everyone, but interesting differences are emerging. LOOK isn’t just aimed at a narrow, specialist audience.

“We want to engage with people who have a professional interest in the medium – artists, academics, etc – but our ambition is to reach a much bigger and wider audience than most other visual arts festivals. And the place we’re building the festival in is very important to us. LOOK is made possible by collaboration – it’s close to the city and firmly rooted in its cultural scene.”

A quick look over the four-week programme for LOOK/13 and any worries about a lack of new images, new approaches or new ideas soon dissipates. Brought together under the loose title ‘Who do you think you are?’, there’s a vast array of exhibitions – full of vitality and richness – that range from the historical to art photography and photojournalism. The common denominator is an examination of what happens when we turn the camera on ourselves and others to create images of identity, subjectivity and the self.

Until last year, Henry was Director of Open Eye, one of the UK’s leading photography spaces (and one of the longest-established, since 1977). The gallery, which moved to a brand new space on Liverpool Waterfront in 2011, will be presenting exhibitions of rising stars Eva Stenram and Charles Freger, both of which are premieres in the UK. Uniting their work is a meditation on how identity is constructed, embraced and performed in the wake of portrait photography.

Over at The Bluecoat there’s an equally inspired pairing that pits two stalwarts of twentieth century photography – August Sander and Weegee – against each other. It comes as no surprise to learn that it is a collaboration with Newcastle’s excellent Side Gallery.

Indeed, there is interest at every turn. The Victoria Gallery and Museum is showing new work of Kurt Tong. His project, The Queen, The Chairman and I, delves into his own personal heritage through the use of photography, family albums and writing; Walker Art Gallery trumpets the splendour of Merseyside’s very own press and commercial photographer Keith Medley, and in a separate show entitled Every Man and Woman is a Star, the groundbreaking 1970s and ’80s work of Martin Parr and Tom Wood are being shown. The latter, in particular, is an exceptional photographer whose profile had somehow been eclipsed until his recent retrospective, co-produced by The Photographers’ Gallery and The National Media Museum. The Walker is also hosting a major new show by Rankin – ALIVE: In the Face of Death.

“Photography reflects our images and distorts them at the same time,” Henry observes. “We can use it to explore and experiment with images of ourselves, or find ourselves passive objects of surveillance and other forms of documentation.Photography is in constant flux, and new spheres have emerged in recent years, from social media to new forms of photographic art. LOOK/13 attempts to take stock of the medium’s current state but also looks back at moments in the history of the medium.”

LOOK/13 also has the usual accompaniment of events, talks, tours, workshops, competitions and screenings. The opening of the festival also coincides with the fifth National Photography Symposium organised by Redeye and taking place at the Bluecoat. Never a prolix experience, it is an incisive and unmissable gathering place for ideas and discussion on the developments in the culture, technology and interpretation of photography, as well as the environments that support and stimulate it. a-n’s Director, Susan Jones, will be in attendance to discuss the current climate and its impact on artists’ livelihoods, as well as current and future approaches for supporting visual arts practice.

“Liverpool is a great city for a festival, with a world-class collection of museums and galleries – perhaps the best in the country outside London,” Henry says. “The impetus to create the festival came from locally-based practitioners, and met with immediate enthusiasm from the city’s venues.

“This way of working is rooted in Liverpool’s unique visual arts infrastructure and the relationships that bind it together. You couldn’t achieve something like this if people weren’t open to this approach, which I believe is quite unusual. Audience responses to LOOK/11 were also extremely positive, which confirmed for us that we were doing something with great potential.”