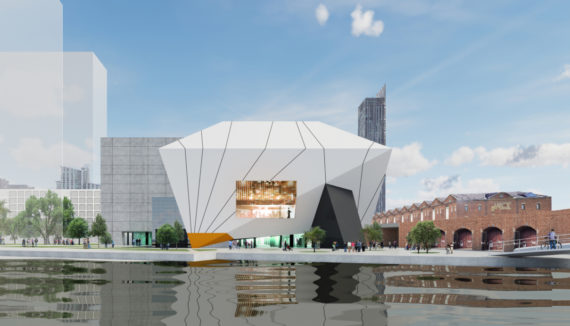 Manchester City Council set to increase funding in order to complete Factory project One of the largest purpose-built cultural buildings in the world now has a revised overall budget of £130.62m, with the council increasing its capital funding by £18.97m to a total of £40.57m. Among the reasons for the cost increase is higher rates of construction inflation, which is currently around 3% a year. This accounts for £5.5m of the increase.

The majority of funding for the OMA-designed Factory, which is to be built on the site of the old Granada TV studios, is coming from national sources. The Treasury has invested £78.05m and a further £7m Lottery funding from the Arts Council England is going for approval in January 2019. An additional £5m will be generated through fundraising.

Sir Richard Leese, leader of Manchester City Council, said: “Compromising on The Factory’s quality and ambition would have undermined its uniqueness, its purpose and the benefits it will bring. Culture already plays a crucial role in the economy and wider life of the city and The Factory will be a major new destination which will take this to a whole new level.”

The site for the 13,500 square metre building is still being prepared, with main construction due to begin in early 2019. The new building is expected to play a key role in the 2021 Manchester International Festival (MIF), the organisation that will be responsible for running The Factory. It has secured £9m a year from the Treasury to cover running costs for at least three years.

MIF CEO and artistic director, John McGrath, said: “The Factory is going to have a major impact on the lives of people living across Manchester and will transform the cultural scene in the UK. It will provide space on an epic scale for artists to make extraordinary work and be a global meeting place, where everyone is invited to take part.”

The increased project costs will be discussed by the city council’s executives prior to any recommendation to increase the capital budget, which will go before a full council meeting on 28 November. 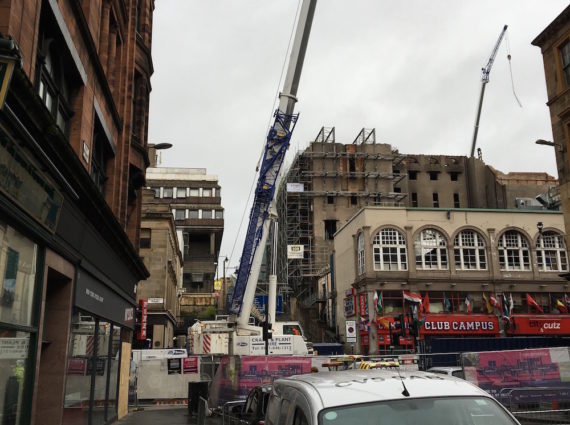 Remove Mackintosh building from control of GSA board, MSPs told by art school academic A member of staff at the GSA has told members of the Scottish Parliament’s culture committee that the fire-ravaged building should be taken out of the hands of the GSA board.

Architect and academic Gordon Gibb said the Charles Rennie Mackintosh-designed building “needs to be taken out from under the mantle of the current priorities of the directorate and the board, which to the staff appear to be physical expansion of the campus, the reduction in resource cost and attraction of international fees.

“I would not disagree with those who say that it should not be redeveloped or run by those individuals in charge during the two fires.”

In his presentation to the committee Gibb, who is director of professional studies at GSA’s architecture department, states: “More than once since June we have heard it said by those in charge (and I paraphrase) that ‘we have lost a building but we still have many others’.”

His comments follow the recent resignation of GSA director Tom Inns, whose five-year tenure has been marked by two major fires at the Mackintosh building, with the second on 15 June this year leaving just the shell of the historic building.

In a statement, the collective said: “Moving on from the building is not the end of The Brunswick Club, just the end of an era. We will find a long-term home for underground culture here in Bristol.”

The club has announced a special event taking place on 10 November, ‘I Will Survive’, which will raise support and awareness of its activities. It will feature discussions, workshops, films, performances and a night-time party.

“We’ll be debating and discussing the impact of development on the cultural life of Bristol as well as celebrating the amazing artists, musicians, filmmakers and supporters behind The Brunswick Club. I Will Survive is also a statement of intent.”

Pitt Rivers Museum and Museum of the History of Science hire Syrian refugees as tour guides First launched in December 2015 by Berlin State Museums and the Deutsches Historisches Museum, the project trains Syrian and Iraqi migrants to lead tours in Arabic.

At the Pitt Rivers museum the refugees are also co-curating an exhibition based on a recent acquisition of Middle Eastern textiles, which was made possible in part by a £120,000 grant from the Esmée Fairbairn Collections Fund, run by the UK Museums Association.

Both museums will run seminars next year to share the impact of the project with the UK museums sector, with the aim of securing more funding once the Esmée Fairbairn money runs out in September 2019.