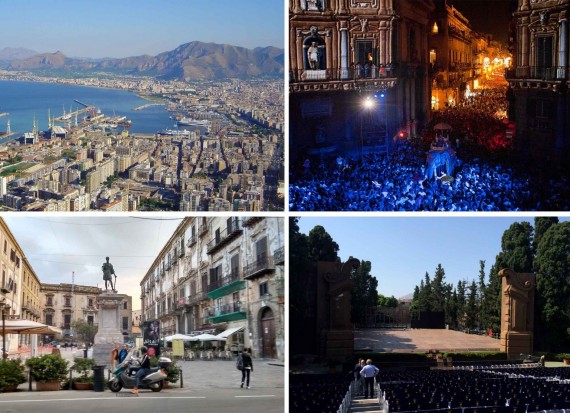 The Sicilian city of Palermo in southern Italy has been announced as the 2018 host of Manifesta, the 12th edition of the roving European biennial of contemporary art.

The selection board, led by Manifesta director Hedwig Fijen, say they chose the city because its multi-layered identity – it has been occupied by almost every European civilization and has long-term connections to northern Africa and the eastern Mediterranean – resonated with the theme for the 2018 edition: ‘migration and climate changes and how these issues impact our cities’.

Manifesta’s organisers add that they hope the 2018 biennial can have a real impact on the city beyond its cultural value, by enabling the citizens of Palermo to ‘take back their city’ and ‘renew’ its identity.

To achieve these ambitions Manifesta intends to create a structure in which the biennial can embed its ideas within the local communities. There will also be a pre-biennial programme that will ‘build the process for a sustainable theoretical framework and set out the parameters of the city’s revitalisation process’.

Fijen said: “Manifesta 12 in Palermo is a great challenge to rethink how far cultural interventions can play a role in helping to reshape one of the most iconic Mediterranean crossroads… as part of a long-term transformation process.

“Manifesta 12 will raise questions such as: ‘Who owns the city of Palermo?’ and ‘how to claim back the city?’ The city’s migration problems are symbolic of the far wider crisis situation which the whole of Europe is facing right now.”

Welcoming the news, Mayor of Palermo Leoluca Orlando, said: “This will be a fantastic opportunity for the city to reinvigorate its local and international identity, and an opportunity to celebrate Palermo for what it really is: a laboratory for the humanities, arts and culture. The city will be able to renew itself and pave a way for its future.”

Manifesta 11, which is curated by Christian Jankowski under the title ‘What People do for Money: Some Joint Ventures’, will take place in Zurich, 9 June – 19 September 2016.

Manifesta curator: “I didn’t know how precarious it was going to be”: Kasper Konig, curator of Manifesta 10 in St Petersburg, describes the pressures of curating an art biennial in Putin’s Russia.